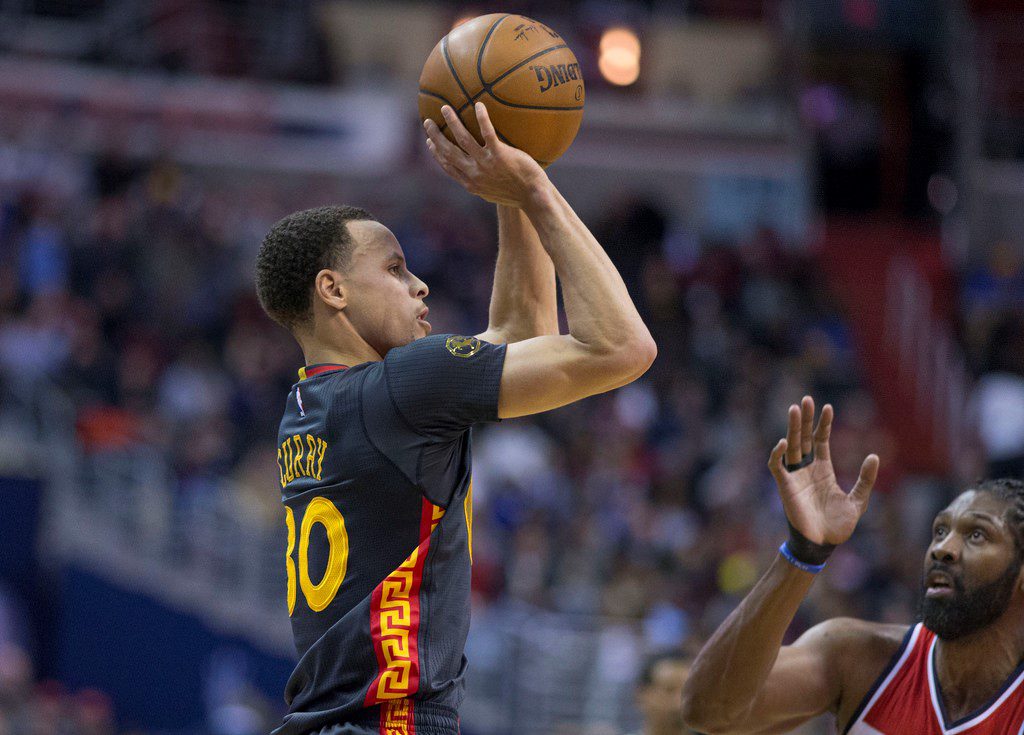 Allow me to kick this off with a proclamation:

If Stephen Curry stays healthy (And I’d gladly donate both of my ankles to him if mine were any healthier than his to ensure this) he will go down as one of the all-time best to play the game.

Pretty bold stuff right there, right? I mean, any time a declaration of “one of the all-time best” status is made with no hyperbole whatsoever, we’re getting into really serious stuff. Would you agree that it would have been even bolder of me to say that, say, two years ago when I was doing my Top 50 Countdown?

Believe it or not, I did say that about Stephen Curry in 2013, and I even had it emboldened just like I did above. A quick story related to that statement: I remember writing that column in the Florida Gulf Coast University library, and I seriously considered whether I would actually put my own ankles on the line for the sake of healthy ankles for Stephen Curry. Like, if God said to me, “Sonny, either you or Stephen Curry can have chronic ankle problems … choose,” would I pick me or Steph. Anyway, three weeks after that Curry column got published I badly sprained my left ankle playing pick-up basketball. That’s when I learned I had super powers.

So now that we have that out of the way, we can get back to the fact that I made the bold prediction two years ago that Stephen Curry would go down as one of the best to ever play the game, and that was after one postseason appearance and the first regular season in which he broke the single season three-pointers record. Over the last two years the case for Curry as one of the GOAT’s has only strengthened, and I feel more confident about that statement today than I ever have. Hell, during the NBA Playoffs I asked my cousin, and trusted basketball consultant, Paul Clark if there was a chance that Curry could go down as one of the ten best players ever.

Rather than putting forth a full and cohesive Stephen Curry column, I’m just going to hit you with a few semi-related Stephen Curry bullet points that will be equally impactful.

Look, I could go on and on talking about Stephen Curry. It’s one of my favorite pastimes. But I feel like I’m at a point where he no longer needs to be defended. Back in 2010 I bet my friend Collin $10 that Stephen Curry would eventually be one of the five best point guards in the league. He’s never paid me (then again, he covered a $50 2 a.m. Uber ride to the casino a few weeks ago, so I’ll call it even). I’ve always defended Stephen Curry and I’ll always have that paternal instinct to do so since I was one of the first people on the Steph Curry bandwagon. But we’re at the point now where if you’re trying to knock this guy you’re just oblivious or prepared to fight a losing battle. All of his perceived weaknesses he’s turned into strengths, and his strengths he’s turned into super powers. Kind of like my ability to predict ankle sprains. Regardless, Stephen Curry can do all things. I’m convinced of it.