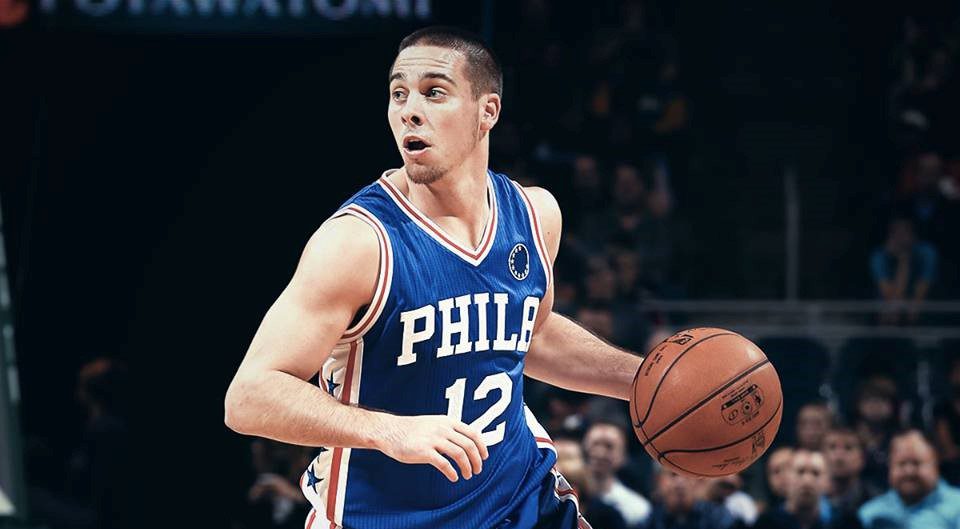 Wednesday night marked the return of Jabari Parker. After tearing his ACL last December, the second-year phenom made his highly anticipated return to the starting lineup, scoring a measly two points (1-6 shooting) in the Milwaukee Bucks 91-87 victory over the Philadelphia 76ers.

Despite a Bucks victory and Parker’s long awaited return, the story of the night belonged to the Sixers undrafted rookie, T.J. McConnell, who for the first time all season had Philadelphia on the brink of victory. From start to finish, McConnell was sensational. Making his first career NBA start, the 6’1 former Arizona Wildcat, ran Brett Brown’s fast paced offense to perfection. In 34 minutes, McConnell dished out 12 assists (his second-straight double-digit assist game), while grabbing nine rebounds, scoring seven points and committing only ONE turnover all game. Somewhere in Heaven, Darryl Dawkins and Moses Malone were smiling as they watched McConnell zip bounce passes into the paint the same way Mo Cheeks did for them thirty years earlier.

With McConnell channeling his inner Eric Snow, the 76ers had a plethora of uncontested three-point shots at their disposal. Unfortunately, the ball just wouldn’t go in the hoop. Brick after brick, watching the 76ers shoot from downtown was like watching a kid shoot an overinflated basketball into an oval shaped rim at a carnival. Nik Stauskas, Philadelphia’s most lethal three-point shooter, was no exception. In 34 minutes, Stauskas shot an abysmal 5-19 from the field, including 3-14 from three and committed four turnovers, one of which resulted in a last minute three-pointer by Kris Middleton (21 points) that iced the game for Milwaukee. Somehow, through all of his struggles, Stauskas still managed to post a plus 17 (+/-) rating, compared to McConnell who was only +4. As for the rest of the 76ers, things weren’t much better. Isaiah Canaan, Jerami Grant, Hollis Thompson, and Richaun Holmes combined to shoot 1-12 from three-point land, and as a team, the Sixers shot 21.4 percent (6-28) from the land of Steph Curry.

Thankfully for the 76ers, their post presence kept them in the game. Nerlens Noel scored 17 points and grabbed 12 rebounds (five offensive) in 33 minutes of action. His partner in crime, Jahlil Okafor, went an efficient 9-13 from the field, posting 21 points and six rebounds in his fourth game as a pro. Even Richaun Holmes got in on the action, scoring seven off the bench in 10 minutes of play.

Though the Sixers are 0-4, their play the past few games has been commendable. With each game, they seem to inch closer and closer to victory. The problem is that the schedule isn’t getting any easier. In the next two weeks, the 76ers will play the Cavaliers, Bulls, Raptors, Thunder and the Spurs. Darryl Dawkins…Moses Malone…if you’re reading this, please send an angel ASAP. The Sixers might need one.

Food for thought:
For the second consecutive game, 6’1 T.J. McConnell has outrebounded the 6’11 Jahlil Okafor. In four games this season, Okafor is averaging 5.5 RPG, which is only a hair above McConnell’s 4.8 RPG.

Nik Stauskas is averaging 8.7 three-point attempts per game, ranking third in the NBA behind James Harden (11.0) and Stephen Curry (10.8).