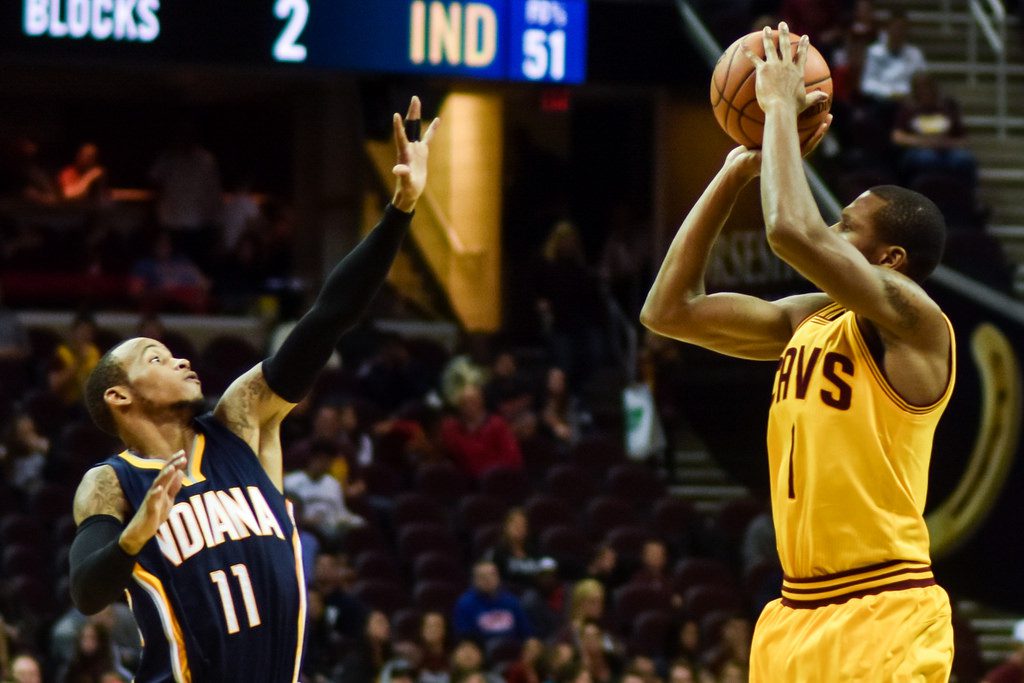 The Pacers played a very close game in which the Heat and Pacers had very similar statistics in field goal, three-point, and free-throw percentage. The rebounding advantage was marginal as well. Once again, the Pacers were outscored in the paint, with the Cavs scoring 48 to Indiana’s 36. In the end, the Pacers played a well, but stellar free-throw shooting by the Cavs late in the game led to their demise.

Despit the loss, Indian looks to be making strides on both ends of the floor. Jordan Hill shot terrible as usual, but he did grab some big rebounds and occasionally dropped some nice post moves. Hill has been an offensive weapon in the post with his hook shot, but his overall percentage leaves much to be desired. It’s a mystery to why the Pacers continue to make him a focal part of the offense. Hill just hasn’t been nearly efficient or strong enough to be main scoring threat, but Hill has been more than promised on the defensive end.

Monta Ellis had first really quality game as a Pacer. Coming into this game, Ellis was shooting a horrid percentage and he needed a 10-17 effort yesterday to push his field goal percentage up past 33, and it seems like Ellis may have gotten back into a rhythm. Ellis took smart shots in the offense, pushed the ball when needed, and even hit a few threes. Monta had five assists and looked extremely comfortable in the offense. If he can continue to be efficient, smart, and aggressive at the same time, the Pacers are one of the  top teams in the East.

So much of the this team’s success comes down to scoring from the new guys. If Monta Ellis and Jordan Hill can score and fit in with the up tempo offense, the Pacers will be very good. Indiana will be fine on the defensive end, they just need the new guys to round out the offensive scheme.

The remaining big men for Indiana, Lavoy Allen, Myles Turner, and Ian Mahinmi combined to score a measly 12 points and grab 11 rebounds. If the Pacers want to win games, these guys need to produce at a higher level. Paul George and Monta Ellis can’t do it all. They need the frontcourt to contribute on both offense and defense.

While the Pacers started the season on a down note, they seem to have recovered and looked great the past few games. The Pacers need to continue their aggressive mindset as it has really opened up the court for them, giving Paul George and Monta Ellis driving lanes and space to attack the basket. Indiana should continue their newfound offensive scheme and push the basket to continued success.

The Pacers continue their season with a home game against the Orlando Magic on Monday.