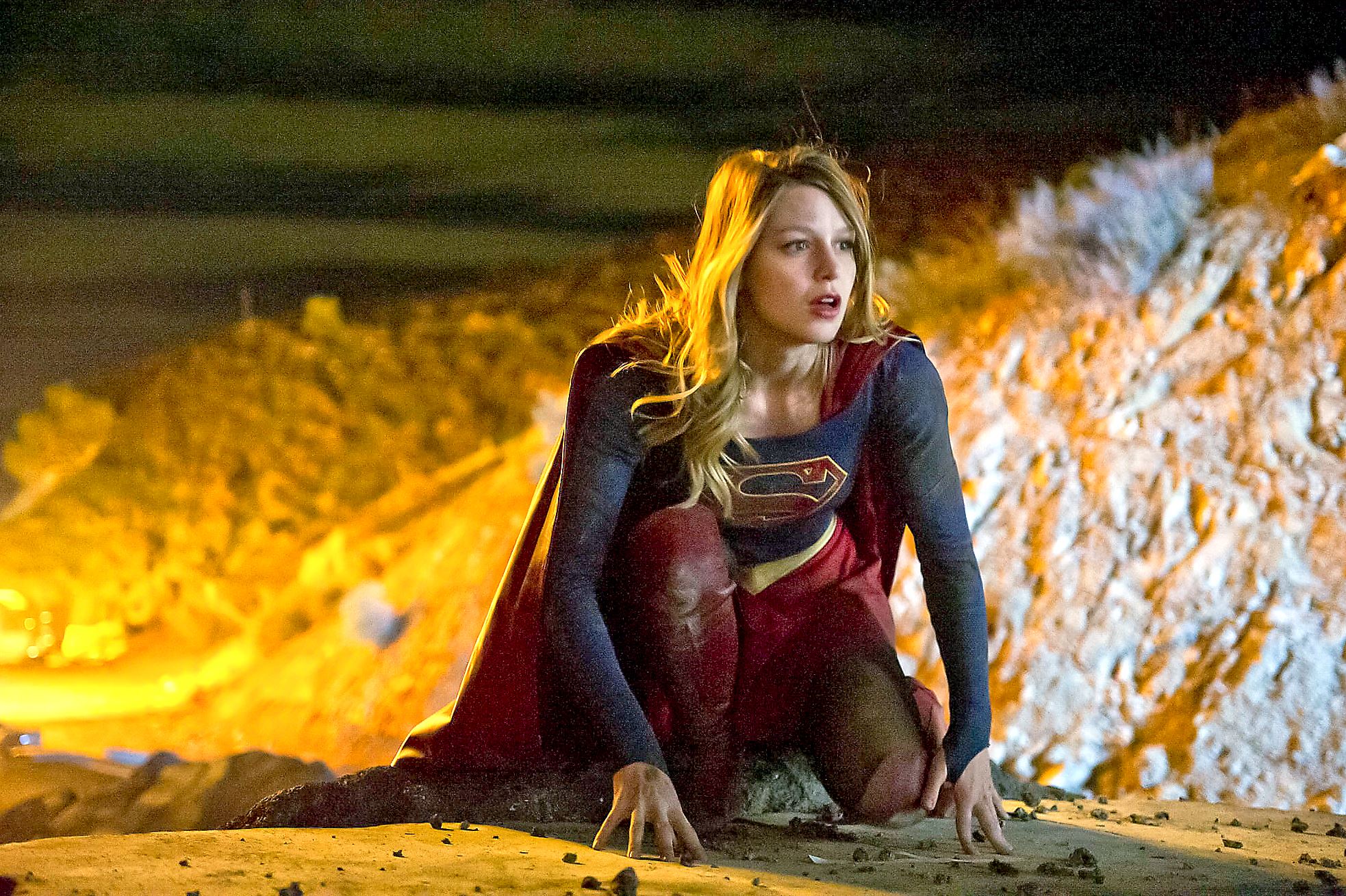 The writers of Supergirl promised that we’d be seeing Superman pop up in creative ways and this Monday’s episode definitely delivered. Beyond having overlapping characters – this week featuring a low rent Iron Man, aka Reactron – we actually got to physically see Superman this episode. Well, it was just his cape, but still.

The entire episode of Supergirl dealt with Kara trying to become her own person after she accidentally tells Cat Grant that she’s Superman’s cousin during their interview. Thanks to Cat, all of National City is sure that Supergirl will eventually just go running to her cousin when things get tough.

But when it comes down to it, it’s James that calls Superman to help save Kara. This, of course, doesn’t go over so well with Kara, who thinks this means that James doesn’t believe in her. But during an incredibly cheesy make-up scene we learn that it actually means James is a giant baby who relies too much on his alien best friend.

I’m still a little confused where I stand in the James-Kara-Winn love triangle. Winn is such a sweet heart and I want so badly for Kara to like him back, but it’s looking more like he’s going to stay freindzoned forever. On the other hand, just as things are starting to look good for James and Kara, Jenna Dewan Tatum, who plays Lucy Lane, sweeps in and ruins everything for the second time in my life (the first time being when she ruined my chances of marrying Channing Tatum). Turns out the little sister of Lois also has a thing for James, except SHE’S allowed to call him Jimmy. Bitch.

The only way I can see everything working out on Supergirl is if Winn steals Lucy’s affections away with his adorable nature (which is perfectly plausible, he’s already got mine), leaving the door open for Kara and James to finally kiss. There were so many moments this episode where it looked like that was going to happen, and, even though it would have been a tad rushed, it would have solved the aforementioned love triangle issue. Because now we’ve advanced onto a square of some sort.

The only good thing about Lucy’s arrival is that it’s looking like we might be treated to a second superhero in National City. I say this for two reasons: 1. In the comics Lucy Lane takes on the role of Superwoman at one point, and 2. Channing Tatum tweeted that he always knew his wife was a superhero (which, um, barf).

This would be cool, because, not only does it mean more girl power, but also because it’s looking likely that we’ll never see Superman’s face. On IMDB there’s no one slated to play Clark on Supergirl, though I think it’d be ingenious to have Tom Welling reprise his role – I did the math, he’s still just about the perfect age.

But for now we’ll just have to make due with strange Clark-filled moments, like the random online chat between Kara and Clark during which we find out that Superman writes his smiley faces like this, 🙂 Come on Clark, get with the times, it’s all about emojis now.

Though Clark clearly is about as up to date on our generation’s culture as my mom, the writers of Supergirl seem way more “with it.” Last night’s episode of Supergirl was full of great pop culture references, from Catilyn Jenner to Homeland and back to the Kardashians with the greatest line from our resident two-faced cyborg, Hank Henshaw: “what’s next, a book deal, reality show, Keeping Up With the Kryptonians?”

Not gonna lie, I would watch that.