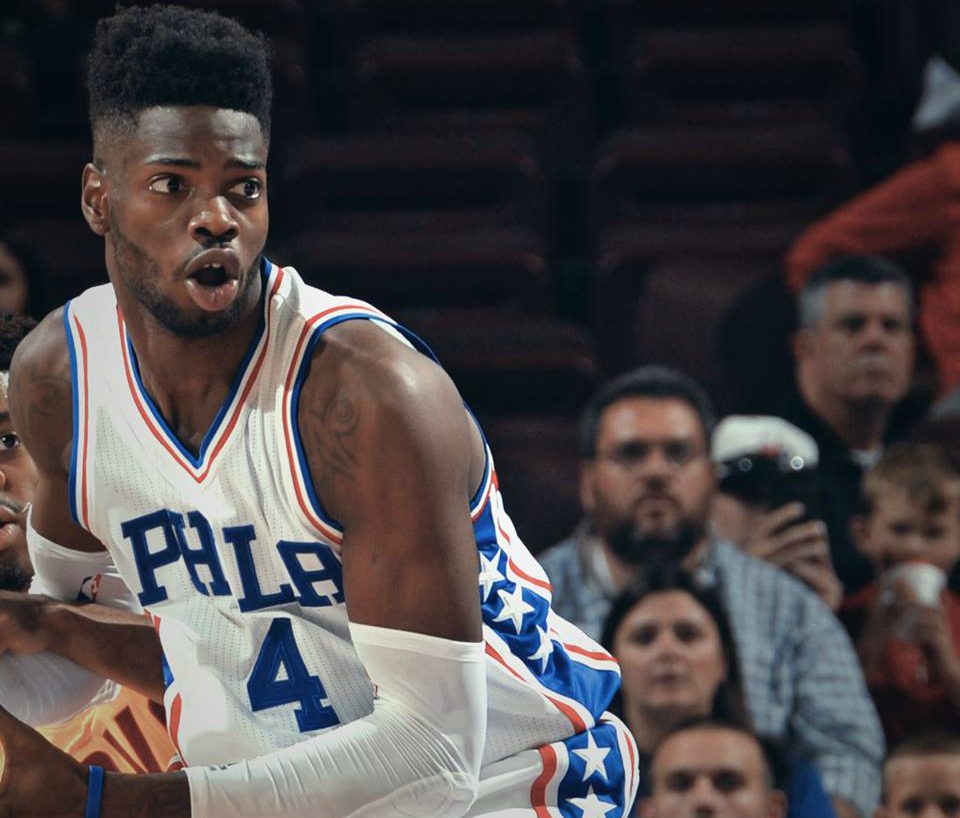 The Philadelphia 76ers are the youngest team in the NBA, yet their players seem to have bones of brittle. As I watched the Sixers get dismantled, 111-88, by the Chicago Bulls, it killed me to look at the bench and see all of the wasted talent, crippled by injury, sitting helplessly on the sidelines as their team was being picked apart on their home court.

On Monday, the Sixers, who are already without Kendall Marshall, Tony Wroten, Joel Embiid and Robert Covington, learned that their defensive anchor, Nerlens Noel, would be forced to sit due to an injured wrist. Winning was a tough task with Noel in the lineup, but without him, it looked damn near impossible. From the jump, the 76ers looked slugglish. Jahlil Okafor missed 10 of his first 12 shots and really struggled against the length of Paul Gasol (16 points, 9 rebounds, 6 blocks) and Taj Gibson (7 points, 7 rebounds). Without Noel, Okafor seemed eager to take on a heavier offensive load, but at times, forced shots resulting in wasted possessions for Philadelphia. He finished the game with 21 points, but shot an inefficient 9-25 from the field and a measly 3-8 from the free-throw line. On a positive note, Okafor did make more of an effort to crash the boards, collecting 15 rebounds (6 offensive) in 31 minutes of action. He grabbed six boards in the game’s first five minutes, which is commendable considering he had been outrebounded 25-20 by T.J. McConnell in Philly’s previous four  games.

Since the Sixers were shorthanded, they were forced to rely on seldom used rookies, Richaun Holmes and Christian Wood to help fill the defensive void left by Noel’s absence. It’s safe to say Chicago bigs had their way, as Nikola Mirotic, Doug McDermott and Pau Gasol combined to score 54 points and in less than 30 minutes of play. Although the stat sheet won’t show it, Holmes did a terrific job contesting shots at the rim and on multiple occasions, forced Derrick Rose (12 points, 7 assists, 5 rebounds) and Jimmy Butler (7 points, 6 rebounds) into taking off-balanced shots, which helped trigger Philadelphia in transition. Offensively, Holmes was satisfactory, scoring 11 points on 4-9 shooting. He did miss all three of his three-point attempts, one of which airballed, resulting in boo’s from 76er fans. Christian Wood, who played double-digit minutes for the first time of the season, displayed a high level of activity and athleticism, scoring nine points and hauling down eight rebounds in 21 minutes. It was a career game for Wood, who previous to last night, had only scored eight points and grabbed two rebounds in five career games in a Sixers uniform.

As for 76er guards, Nik Stauskas and Isaiah Cannan, Monday night was a nightmare. Stauskas, who has struggled with his shot as of late, missed 11 of his 13 shots (1-7 from three-point range), scoring only five points in 33 minutes. For the season, the former Michigan Wolverine is averaging 13.0 points per contest, but has been wildly inefficient from the field, connecting on only 35.6 percent of his field-goal attempts, while shooting 28.6 percent from downtown. Cannan, who on Saturday, scorched the Orlando Magic for 23 points (six three-pointers), couldn’t get into a groove either, shooting 1-5 for three points off the bench. T.J. McConnell played decent, scoring six points to accompany his eight assists and five rebounds. Though he does a phenomenal job making plays, McConnell’s lack of scoring ability, at times, makes him a one dimensional. He’s a good shooter, but his lack of athleticism makes it hard for him to score against the NBA’s taller, quicker point guards. Surprisingly, Philly got a nice contribution from the undersized backup, Phil Pressey, who scored 11 points and handed out five assists in 13 minutes off the bench.

Unfortunately for the winless Sixers, their path to victory won’t get any easier as they gear up to face three of the best teams the NBA has to offer. On Wednesday, they’ll face the Toronto Raptors (5-2) at home, followed by back-to-back road games against the Oklahoma City Thunder (4-3) and the San Antonio Spurs (5-2).

Game Notes:
• With Monday’s loss, the 76ers have lost 17 consecutive games dating back to the 2014-15 season.
• Jahlil Okafor’s 21 points and 15 rebounds marked the first double-double of his NBA career.
• In 202 minutes played this season, T.J. McConnell has yet to attempt a free throw.
• Chicago’s Joakim Noah (knee), Mike Dunleavy (back) and Kirk Hinrich (toe) missed the game due to injury.