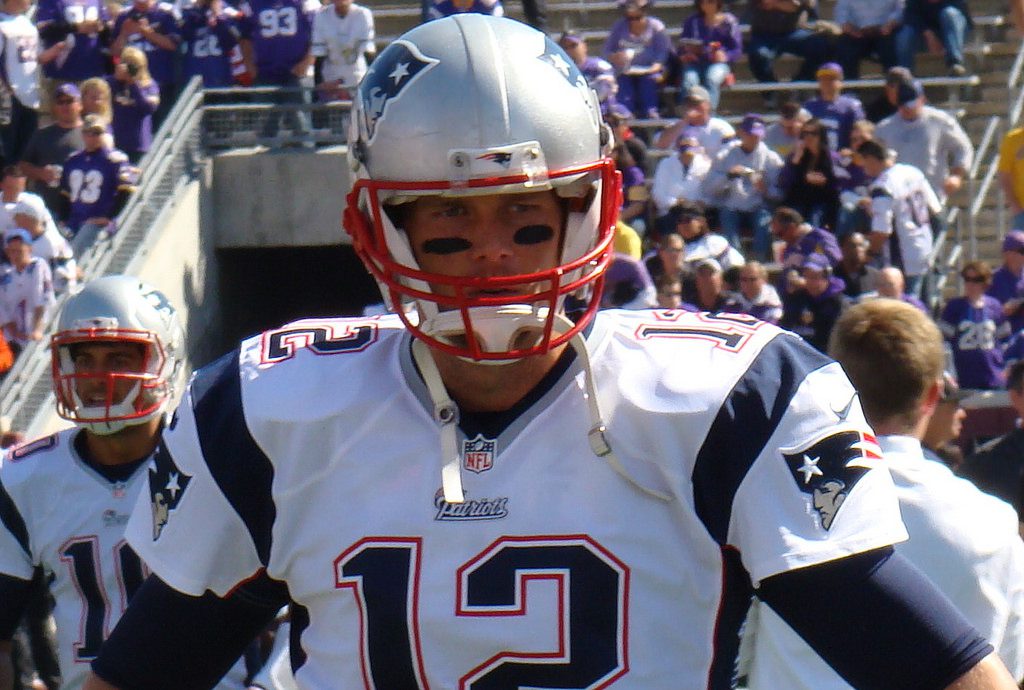 I learned that my Pats can win close games even when they are down, something I was unsure of so far this year considering every game has been a blowout. More surprising to me and I’m sure the rest of the league was regardless of the Giants record, they are a serious team with an able quarterback and coach. As good as that QB/coach combo is, Bill Belichick and Tom Brady proved to be better.

With the game winding down and the Giants putting together a drive, Bill Belichick aggressively used his timeouts and the two minute warning to leave time on the clock to allow his quarterback to lead a drive to win the game. Those timeouts and defensive play calling from the coach giving his All-World quarterback the chance to win the game made me realize how far ahead Belichick and Brady are from everyone else in the league. Because of this game I am now fully confident this team will continue this incomparable streak against the Buffalo Bills.

Second time around for Buffalo and Rex Ryan, except this time the game is in Gillette Stadium. Two more gigantic differences will be the absence of Dion Lewis and just recently, one of the “big four” of the Patriots I wrote about last week, Julian Edelman. While Edelman is absolutely impossible to replace because of his specific skill set, the next guy up certainly has similar abilities. Not only that but Buffalo is now playing for a playoff spot and any game against New England is just as important as a Super Bowl to Rex Ryan.

Last time out against the Bills the Patriots completely abandoned the run. Dropping Brady back to throw 59 times in a game they won running away, the final score ended up being 40-32 because of garbage time touchdowns. In that game the Patriots only handed the ball off 15 times, a season. With the absence of Dion Lewis this gameplan will not work as it did in week two. That style of putting the running back out wide to be matched up with a linebacker in pass coverage will only work with a player like Lewis. Not to mention all the quick timing routes that could potentially be wiped from the playbook entirely until the return of Edelman.

With injuries beginning to stack up against the Patriots, they would like the Bills defense to meet one man. He goes by the nickname “L-train” in New England, but the Bills can call him Mr. Blount and you know him as LeGarrette.

Time to unleash the beast in New England…

Player To Watch
Danny Amendola
The loss of Julian Edelman to the Pats is disheartening. He is a key part to not only the sucess of this offense but also Tom Brady. Having a guy like Edelman on the field with the timing he has with Brady has been essential to hiding the youth on their offensive line. The crisp and perfect routes Julian Edelman runs allows Brady to throw the ball to a spot rather than a man. This is the reason Brady has been able to get the ball out at an average of less than three seconds. With Edelman unavailable until at least the playoffs the offensive line could be exposed more if Brady has to hold onto the ball. How will the Patriots compensate?

Easily. As is customary in New England under Bill Belichick, the “next man up” will have to “do his job.” That man is Danny Amendola.

Acquired in free agency the same year the Patriots let Wes Welker walk, Amendola has had his bright spots as well as some low points due to injury. Fortunately for ‘Dola and the Pats he has been healthy all year and now his availability will vault him into target monster status. Not only do I believe Amendola will make up for the loss of Edelman, I feel this offense will not even take a step back. Fans of this team have seen it before.

Back in 2010 when Brady’s favorite target went down, Wes Welker, die hards thought it was the end of the season. For a young draft pick out of Kent State is was easily the single thing that vaulted him to where he is today. When Welker tore his knee to shreds the “next man up” was none other than Julian Edelman. The rest is Patriots and Super Bowl history. Basically Edelman has gone far beyond his potential and has proved himself one of the better wideouts of the league.

This time it is Amendola’s turn. He has about the same amount of time with Brady that Edelman had when he was thrust into the spotlight. If Amendola has been waiting for an opportunity in his career to be the guy, now is his chance. Don’t miss the bus, Danny, Brady is driving.

Key Matchup
LeGarrette Blount vs Bills Front Seven
Over the last three games Blount is averaging 22 carries a game to the tune of 267 total yards and two scores. In fact if you take away the week seven game against the Jets and the week two game against the Bills (his first game back with the Pats), Blount hasn’t had a game with less than 13 carries or under 70 yards. He is also hands down the most effective goal line back in the league. He is the size of his offensive lineman and he moves like a wideout, a physical specimen who has skills being utilized perfectly in New England.

If the last two seasons serve as proof than expect the Pats to start running the ball considerably more. This season they may begin that trend earlier with the loss of Edelman and pass catching specialist back Dion Lewis. In the first game against the Bills, Lewis was introduced to the NFL in a big way, carrying the ball seven times for 40 yards and a touchdown. His presence was also felt in the passing game, taking six catches for 98 yards.

As you can see Lewis was valued most in the passing game, something Blount could never duplicate but he can wear you down between the tackles. With the Patriots throwing the ball 59 times in their first game against the Bills expect that number to be in the 30s this game, as Blount is sure to see at least 20 carries.

The head coach of the Bills tries to talk up his secondary as much as possible when the media asks him about his defense. The truth is is the last five games the Bills are 19th in the NFL against the pass but 15th against the run. Certainly a recipe for the Patriots to throw the ball, which they will, catapulting themselves to an early lead. Come the second half is where I see Blount getting the majority of his carries eating the clock to put the game away. An extremely important and underrated part of a backs game, a part of Blount’s game that is beloved by the Pats.

ALL ABOARD! THE L-TRAIN IS COMING THROUGH!

Game Prediction
In his entire tenure as a head coach Rex Ryan has been in the AFC East. So of course, in his whole coaching career he has played the Patriots and Bill Belichick twice a year, every year. In that time he has completely obsessed himself with the Patriots making it almost his season goal every year to beat them. In his early years when he had Darrelle Revis and a young Antonio Cromartie he was somewhat successful but since then it has been all Belichick.

In the two weeks leading up to this game he has made it a point to tell the world how he circles the Patriots games on the calendar every year. Well, Rex, you should probably concentrate more on your own team and not the team in New England.

Rex’s team will undoubtedly be fired up as will he, not in the good way, though. The type of fired up that causes a team to break records for penalty yardage, just like the first game between these teams. These are the games when I value the mastermind, Bill Belichick. He always has his team fully prepared, nothing ever surprises them, they are always ready.

Rex will expect the Patriots to spread his defense out and throw the ball early and often. With all the success the Patriots encountered doing so in their first game against the Bills, I don’t see why they wouldn’t. Only now there is no Dion Lewis for the Pats, so that mismatch between back and linebacker dissappears. One they exploited many times in their week two matchup.

Instead, look for the Pats to use the pass to set up the run. Yes, you are reading that correctly, pass will set up the run. It is something I have seen the Patriots use in the past against a solid run defense. The Pats will use the spread shotgun look a lot early in the game, incorporating the no huddle to keep Buffalo on their heels. Once the Bills are reacting instead of attacking, Blount will begin picking up big chunks of yardage on the draw play. The mix of no huddle and heavy passing will give Blount clear lanes and a tired defensive line to run against. Creating a steady balance for the Patriots offense allowing them to jump out to a quick lead, just like game one.

The Patriots will be in control of this game from the onset, similarly to how the first game went. The final of that game (40-32) made it seem a lot closer than it actually was. With the way the Patriots defense is clicking and playing together now, plus the return of linebacker Jamie Collins after missing two games due to illness, this defense will not be allowing 32 points again. Nevermind to this team, I mean for the rest of the season they won’t be allowing any team to score on them like that.

With the lead well in hand after the first half, the Pats will be in cruise control behind the massive back of Blount. He should see close to 30 carries when it’s all said and done. The biggest story of the game will be the play of Danny Amendola. He lit up the Bills in his first game as a Patriot in 2012 and he is going to do it again Monday. Look for 10 grabs from him for over 100 yards. Height even sniff the end zone.

All of this, of course, leading to another Patriots win, 10-0 will feel even better on a Monday night.