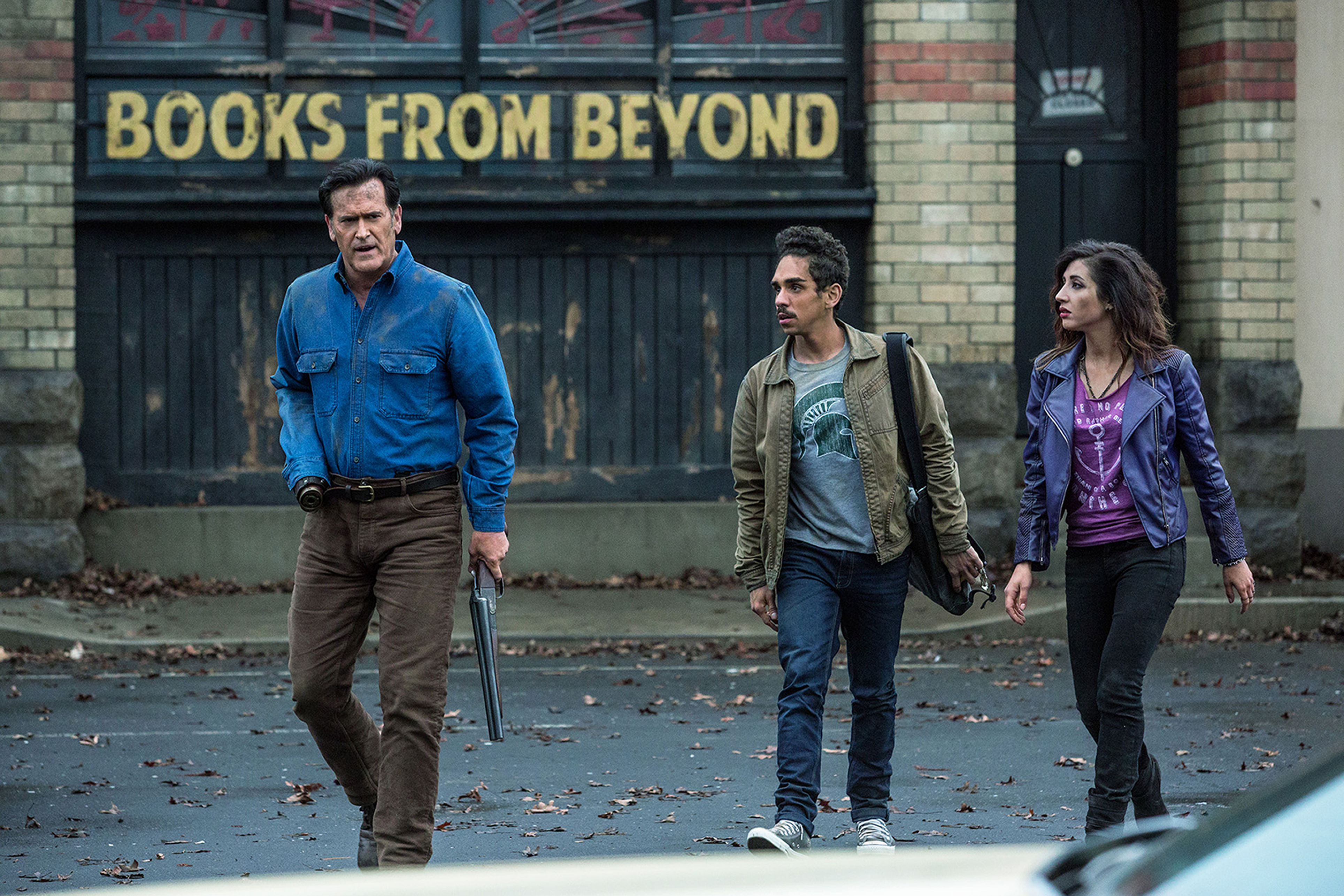 Ash vs. Evil Dead keeps the pedal to the metal with its latest episode, “Books from Beyond.” In this episode, we get to know the Necronomicon a little better, as Ash enlists the help of a quirky book keeper named Lionel Hawkins.

Almost the entirety of this episode, save for the opening, takes place at Lionel’s Books from Beyond shop, as Ash attempts to find the equivalent of an “undo” button for this whole mess. Before this all happens, we get a little taste of Lucy Lawless’ character, Ruby Knowby, while she interrogates a deadite as she’s sniffing out Ash’s trail. It seems as though Xena and the Prince of Thieves will reunite fairly soon.

Michael J. Bassett continues to do a solid job carrying the directorial duties with some nice touches, especially the opening shot of Ruby driving to Kelly’s parents’ house. The opening shot of Ruby’s red car blazing down a dark road, whipping by the eerie trees, had a slight Tim Burton vibe. The makeup and special effects departments did a tremendous job with the star demon of the episode. Yes, Ash prompts Lionel to awaken a “weaker” demon “nerd” so that he can interrogate it, which is a classic Ash move.

Ash finally meets the most uninteresting character of the series so far, Detective Fisher, and she pretty much ruins things for our hero. Jill Marie Jones isn’t doing too much of anything with her character of Fisher; however, she is easy on the eyes, and I’m sure Ash agrees. Pablo is definitely painting himself out to be the most relative of all the characters, because he is essentially a representation of Evil Dead fans. Then there’s Kelly, who still seems like she is working her way in following Ash’s footsteps, as far as killing deadites and taking names. Kelly is still a bit shaky on who Ash is and whether or not he’s the man to follow.

This episode was solid, but might have been the weakest so far, as there’s not much accomplished in its runtime. It was entertaining, but it felt more like a bridge then anything significant. Campbell is hilarious as hell, but there isn’t as much for him to chew on in this episode. The practical effects continue to be a gory good time, and the design of the demon that’s summoned is quite terrifying to say the least. It was a nice change of scenery after seeing various deadites in the first two episodes.

Ash has an unleashed demon to deal with in the next episode, entitled “Brujo,” as this series continues to deliver the goods.