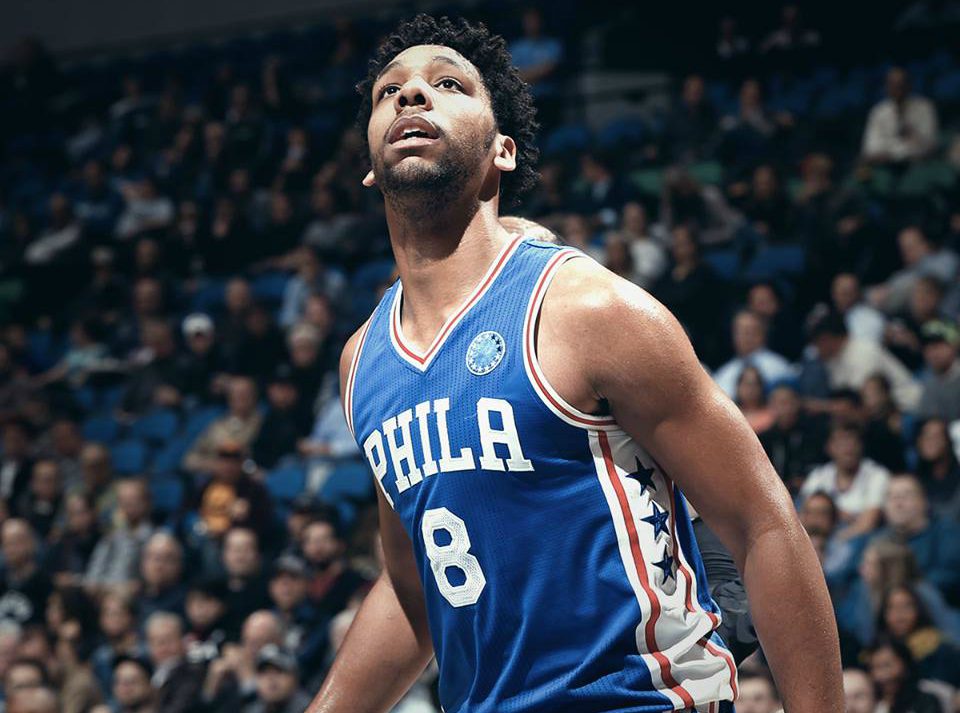 The Philadelphia 76ers committed 25 turnovers and were held without a field goal for nearly seven minutes in the fourth quarter as they fell 92-84 to the Memphis Grizzlies on Sunday night. The defeat dropped the Sixers to 0-18 on the season, tying them with the New Jersey Nets for the record for the most consecutive losses to start a season.

Sluggish Start
Unlike Friday night’s heartbreaking defeat against the Houston Rockets, where the Sixers couldn’t seem to miss, the team began the game on a flat note, missing their first nine field goals as they went on to shoot 5-22 (22.7 percent) from the field and 1-10 from beyond the arc. Jahlil Okafor (9 pts, 13 rbs) picked up his third foul midway through the second quarter, and without Nerlens Noel, the team was forced to rely on their sketchy perimeter as their only source of offensive production. At the half, Robert Covington (12 pts, 7 stls, 7 rbs) and Isaiah Cannan (16 pts) led the way with 6 points apiece, as the Sixers managed to score only 31 points on 33 percent shooting. Luckily for them, the Grizzlies weren’t much better. Memphis, who has the seventh worst scoring offense in the NBA, scored 37 first-half points on 34.9 percent from the field.

Comeback Kids
The 76ers are streaky. Despite ranking dead last in the NBA in points per game (90.8 ppg), they’ve shown the ability to get hot and rack up a flurry of points for minutes, quarters, even halves at a time. Sunday night was no different. After a cold first half, in which they trailed by as many as 11, the Sixers scored 36-third quarter points on 7-11 shooting from beyond the arc and were able to turn a six-point halftime deficit into a three point lead (67-64) entering the fourth.

Sloppy Play
Sometimes it seems as if the Sixers have hands of stone. On Sunday night, the Sixers, who lead the NBA with 17.9 turnovers per game, gave the ball up 25 times after committing only 12 turnovers Friday night against the Rockets. Surprisingly, the Grizzlies played even sloppier. Led by Mike Conley’s five turnovers, and four apiece from JaMychal Green and Courtney Lee, Memphis gave up the ball a season high 26 times, which is uncharacteristic of the Grizzlies considering they rank 10th in the NBA in fewest turnovers per game (13.8).

Cold Shooting
Despite their third quarter offensive explosion, the Sixers were retched offensively. Jahlil Okafor, hindered by foul trouble and the physicality of the Grizzlies’ Marc Gasol (9 pts, 12 rbs) and Zach Randolph (17 pts, 11 rbs), managed to score only nine points on 3-11 shooting. Sixers reserves weren’t much better as backups Phil Pressey, Richaun Holmes and Nik Stauskas combined for eight points on 15.4 percent shooting from the field. Philly did however outscore Memphis 36-12 from beyond the arc, but for the game shot only 33 percent from downtown.

These offensive struggles killed the Sixers down the stretch. Leading 76-71 in the fourth quarter, the Grizzlies went on a 13-0 run as they held the 76ers without a field goal for nearly seven minutes. Unfortunately for Philly, it was their fifth game in a row in which they held a fourth-quarter lead and were unable to secure a win. They held an 11-point lead against the Miami Heat and Boston Celtics, a seven-point lead against the Rockets and a six-point lead against the Timberwolves, all of which resulted in losses.

Game Notes
• Nerlens Noel sat out his second straight game with knee tendinitis.
• Robert Covington had a game high seven steals, upping his league leading average to 3.6 per game.
• It took nearly 500 minutes of action, but with 4:34 remaining in the first quarter, T.J. McConnell drew an And-1 off of a Mike Conley foul and was sent to the free-throw line for the first time all season.
• After their six-game road trip, the Sixers will be back home Tuesday night to face Kobe Bryant and the Los Angeles Lakers. With Bryant announcing his retirement at the end of the season, it’ll be Kobe’s final time playing in Philadelphia.