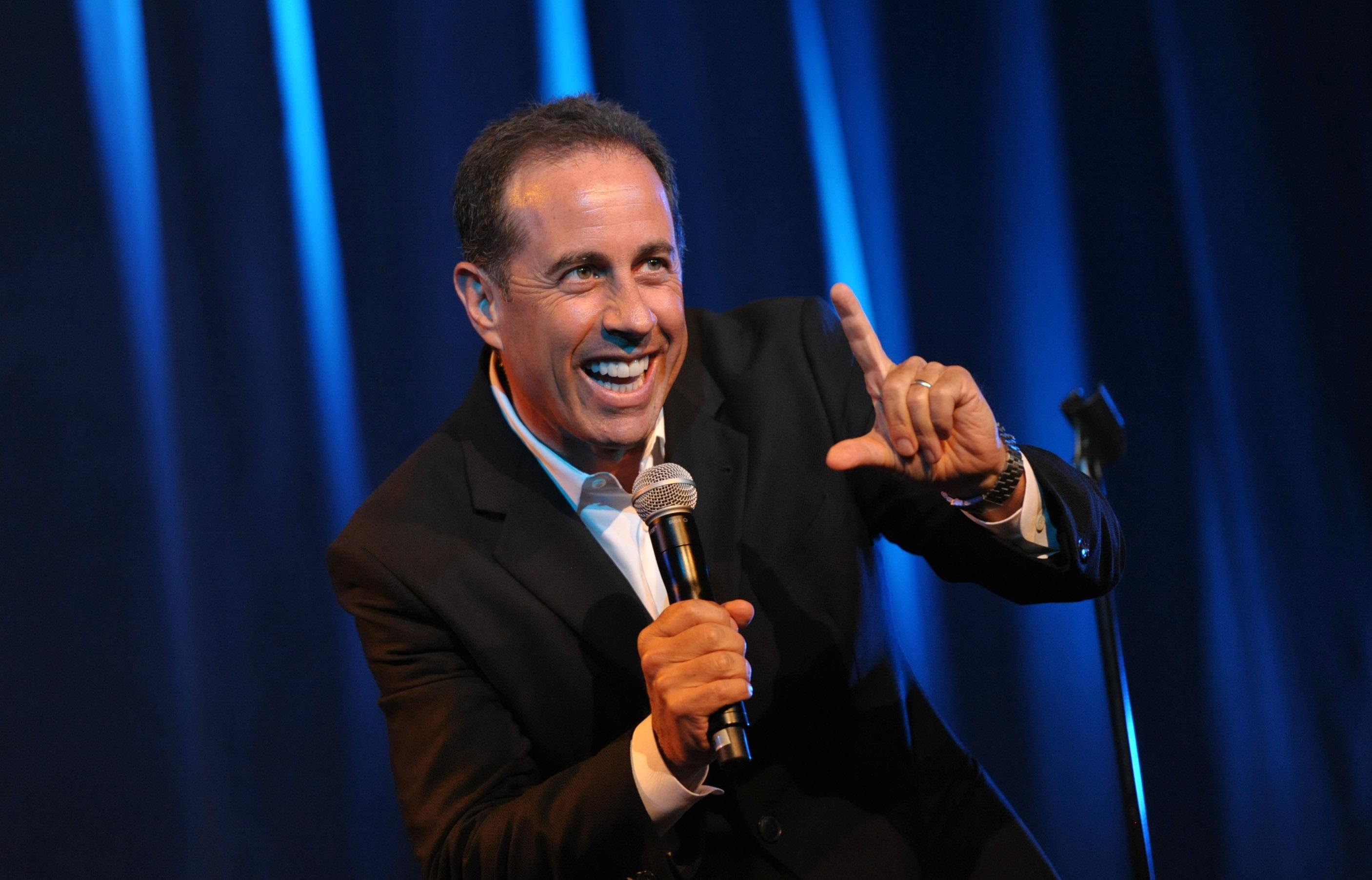 I mean, what’s the deal with Jerry Seinfeld?

Yes, I know. Seinfeld should be much higher on this list. There are those who would have him Top 10 or even Top 5 but Seinfeld never quite hit the mark with me the way he seems to with so many others and only makes the list out of legacy points.

I find him funny in spurts but whenever I have this conversation with people the thing I hear the most is that Seinfeld’s comedy describes their own life in some way. This has never been the case with me so a lot of it, I’m fine admitting, I just don’t get. Without being able to back up this claim with anything more than observations from my own world, there seems to be a cultural split with Seinfeld.

Talking about “nothing” has a shelf life for me and seems to be endlessly funny to others, but still I can’t deny the profound impact Jerry Seinfeld has had on the world of comedy … for better or for worse:

Someone who does relate to my experience with her stories and style is Kathleen Madigan. Searching for good videos for this list has been more of a chore than I would have thought – for some comedians because there is limited available material and for some because the consistency varies. Kathleen Madigan does not have this problem.

I could just get lost listening to her talk for hours. A sign of a great performer is someone who works so hard at their craft that they make it look easy, and that is what Madigan does. Sometimes it doesn’t even feel like she is telling jokes or pre-planned stories, but just doing what she would be doing standing around a bar talking to her friends … just on a stage.

The only thing that keeps her from being much higher on this list is that she never hit with an all-time great bit. There are no huge stand-out moments or unforgettable jokes but she is remarkably consistent and has been for a long time.

Madigan may be less famous than other names on this list because of less crossover material (movies, TV, etc), but you could spend a day watching her on YouTube and never see a drop in laughs per minute. In fact, looking over the entire list, I would rank her in the Top 10 in terms of consistency and breadth of work.