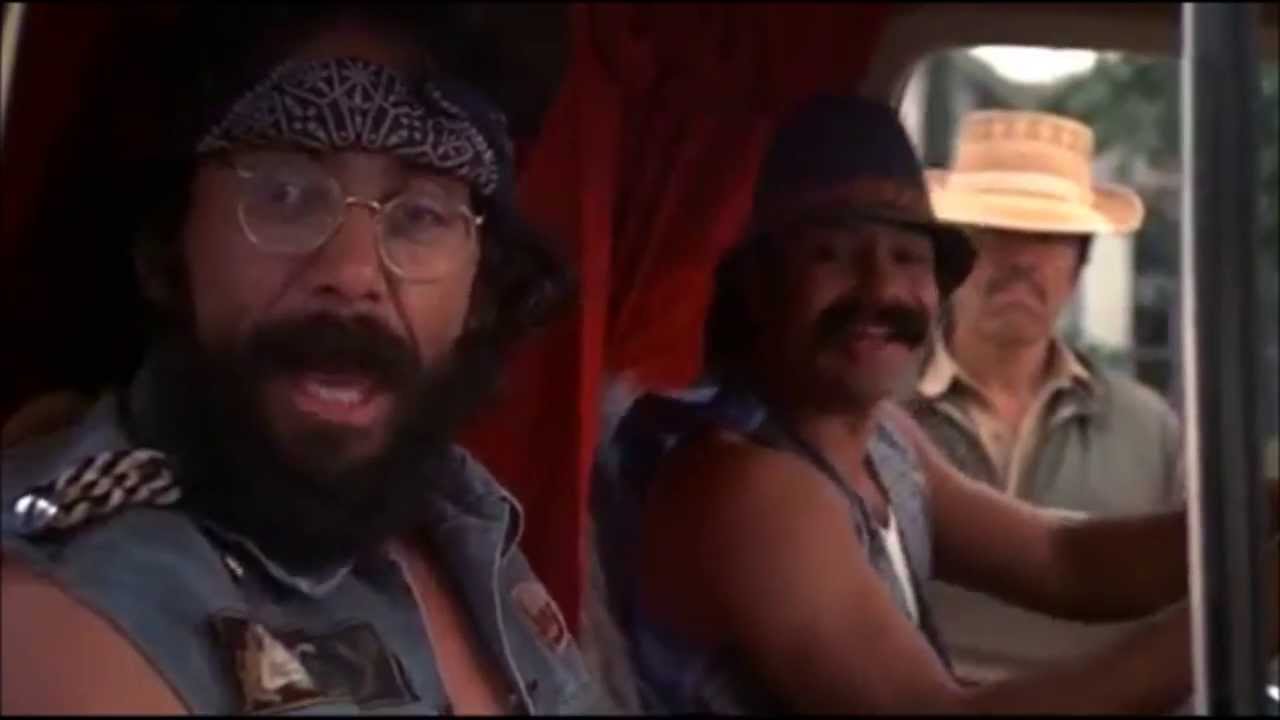 The pair started as a stage play, a two-man sketch comedy routine without sets or costumes. Most widely known for weed/stoner jokes that carried over into their successful run of movies, including the true classic “Up in Smoke,” Cheech Marin and Tommy Chong are often pigeonholed as “dumb” comedy which couldn’t be further from the truth.

The irony is that their humor requires quick wit, not of their characters but of their audience. Long before satirists like Stephen Colbert or Sasha Baron Cohen would use the concept of the “dolt” to highlight the absurdities of the “straights,” Cheech and Chong were splitting audiences and splitting sides.

The two have been reunited in recent years and are just as funny as ever. They inhabit the thoughts of our pets, our weird friends, and are still on that everlasting search for “Dave.” The comedy still stands up as though it hasn’t aged a day.

My father used to tell me the story of the time he saw the “hippie version of Abbott and Costello” live before they hit the big time. He said it was the funniest thing he’d ever seen. Not enough of the good material has survived for the YouTube generation, making them the Julius Erving of comedy.

Another comedian whose work has stood the test of time, Joan Rivers brought a unique voice to the stage. A pioneer in the industry, not just but especially for women, Rivers was a powerhouse to be reckoned with. When I searched her name on Google, the first video that came up was from five years ago, the next one was from 1984.

Not afraid to get edgy or dirty – starting at a time when women were highly stigmatized against such things – Rivers earned the respect to be able to do whatever she wanted and still be loved by comedians and fans everywhere. She never slowed or tamed down. In fact, comics like Chris Rock and Eddie Murphy went soft after they became family men but Rivers never wavered, if anything getting racier as she aged.

The comedy world lost a giant in September of 2014 but Joan Rivers left behind a trail of laughs that will never be covered up. Her legacy is firmly in place as one of the funniest and most influential entertainers of all time.