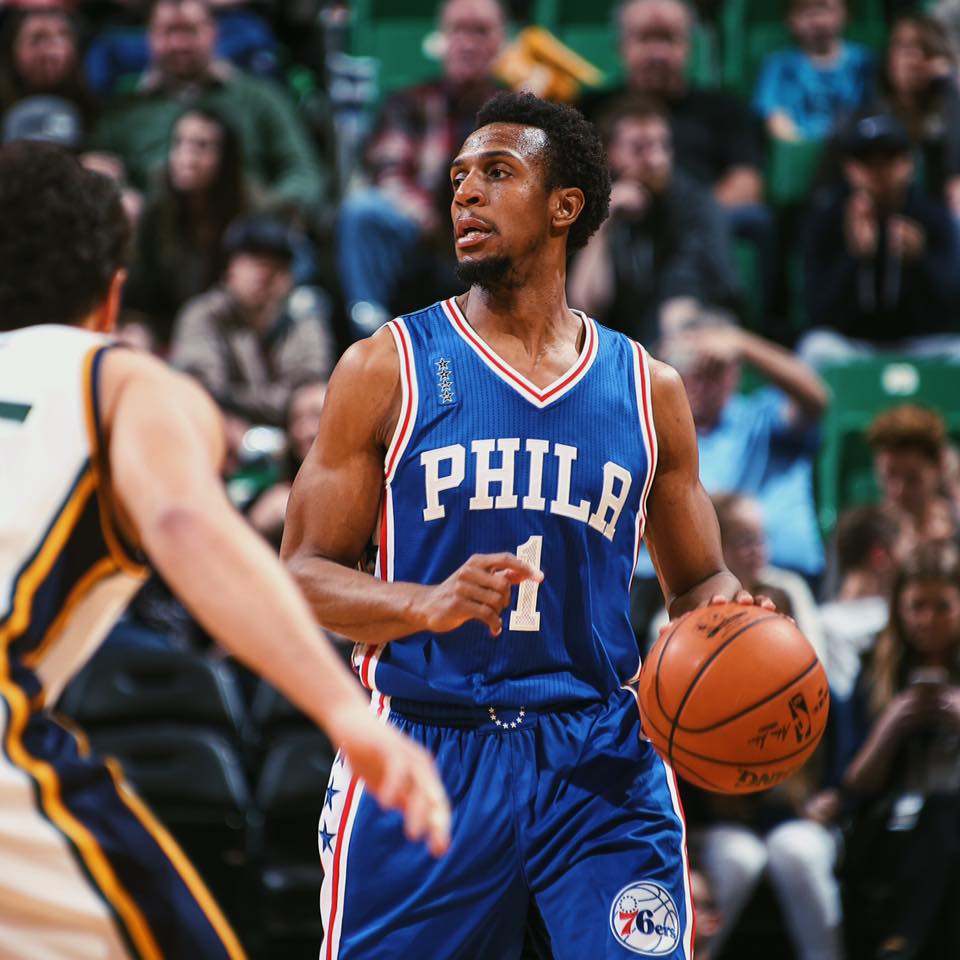 Trailing by as many as 21 points in the first half, the Philadelphia 76ers used inspiring performances from Ish Smith and Richaun Holmes to outscore the Utah Jazz by 13 points in the 3rd quarter (33-20) and tie the game at 78 entering the final period of play. In the 4th, Philadelphia would take a four point lead and looked to have taken control of the game, until Utah ran of an 8-0 run and held the Sixers scoreless for over six minutes in the final period. Trailing 89-86 with a little over a minute left in regulation, Smith hit a clutch three pointer and tossed a two handed alley-oop to Nerlens Noel on the next play to give the Sixers a two-point lead (91-89). In the end, the 76ers would ultimately fall 95-91 behind Gordon Hayward three-pointer with 33 seconds left that gave the Jazz the lead for good.

Lockdown Defense
Despite the loss, the Sixers had a lot to be proud of, especially on the defensive end. After allowing the Jazz to score 37 points on 12-21 (57.1%) shooting in the 1st quarter, Philly played suffocating defense the rest of the game, holding the Jazz to 58 points on a staggering 16-63 (25.4%) from the field in the final three quarters. Gordon Hayward, Utah’s leading scorer (19.0 ppg), had one of his worst shooting performances of the season, missing 15 of his 21 shot attempts for 24 points, most of which came from the free-throw line (10-11 FT). Throughout the night, Philly’s wing defenders refused to allow Hayward into the paint, forcing him into highly contested jumpers late into the shot clock. Their only lapse, however, came on Utah’s final possession when Jerami Grant went under Trevor Booker’s screen, allowing Hayward to step into a wide open shot from downtown. After the game, Hayward was complimentary of the Sixers’ defense, saying, “Most of the game they’d been physical and going over everything, not giving us too much breathing room.”

Nerlens Noel also had a season-high five blocks to accompany his 18 points (8-9 FG) and six rebounds. This season, Noel ranks third on the team with 1.2 swatted shots per game trailing only Jerami Grant (1.6) and Jahlil Okafor (1.3). Although they allow 104.4 points per game (seventh worst in the NBA), Philly’s young and athletic roster are league leaders in many of the league’s defensive statistical categories: ranking seventh in steals, sixth in defensive rebounding and first in blocks per game.

Heart of the Underdogs
From their play Monday night, you would have never guessed that Ish Smith was an undrafted journeyman playing for his ninth NBA team in five years nor would you have figured that Richaun Holmes was a second-round pick who had no Division 1 offers coming out of high school. With the Sixers trailing 58-45 at halftime, Smith and Holmes were the fuel that sparked a 33-10 run and had Philly only seconds away from pulling off the stunning comeback. Smith, playing in his second game since arriving from the Pelicans on December 24th, was absolutely marvelous in the second half, scoring 11 points and dishing out five assists in the 3rd quarter as the Sixers continued to chip away at the deficit. Though he cooled off in the 4th, he still managed to bury the game tying three-pointer and finished with a team high 22 points (8-21 FG), 11 assists, and three rebounds in 32 minutes of action. Holmes was just as brilliant, contributing 10 huge points and superb post defense in that crucial 3rd quarter run. Despite playing with a sprained right knee, Richaun scored a career high 18 points (8-11 FG) and rejected three shots in 22 minutes off the bench.

Free Throw Differential
The Jazz couldn’t buy a basket after the 1st quarter, but ultimately won because of a huge disparity at the free-throw line. Currently ranking seventh in the NBA in free-throw attempts per game, the Jazz outscored the Sixers by 18 at the charity stripe, going 32-36 (88.9%) compared to Philly who went 14-19 (73.7%).

Game Notes
• Brett Brown on his team’s performance: “It was a great team effort, and the fight, how can you not be proud of that?”
• Jahlil Okafor missed his second consecutive game with soreness in his right knee. He is a game time decision for the Kings game on Wednesday.
• Carl Landry made his first start of the season, but failed to post a single statistic in eight minutes.
• After breaking out for 17 points (7-10 FG) against the Phoenix Suns, Nik Stauskas had a miserable shooting night going scoreless (0-6 FG) in 25 minutes.
• Utah’s Jeff Withey grabbed a career high 12 rebounds and posted his first double-double of the season.
• The Sixers will continue their road trip against Rajon Rondo and Sacramento Kings on Wednesday night at 10:00 PM.