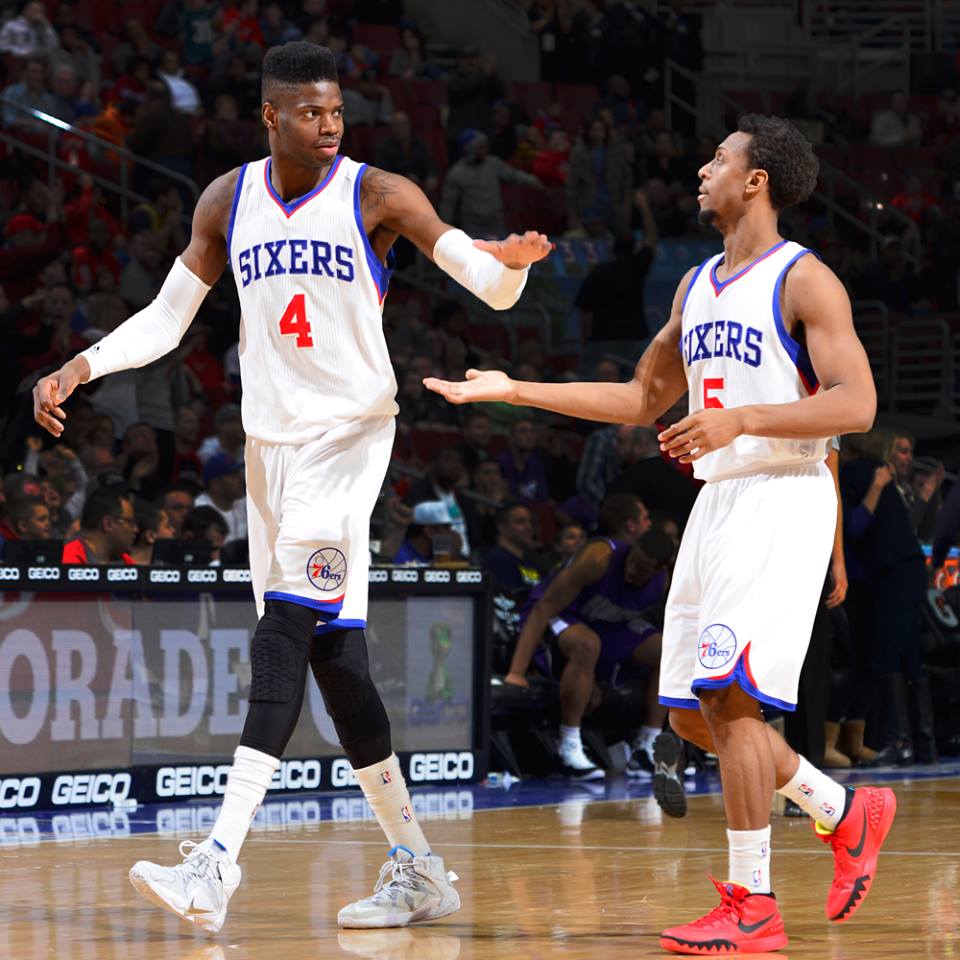 A collection post-game comments from the Philadelphia 76ers following their win over the Minnesota Timberwolves.

BRETT BROWN
On team’s unselfishness
“Everybody should recognize Jahlil did not play in that fourth period. Then he’s off the bench and he’s swinging a towel. That’s a team. I don’t play Isaiah Canaan at all in the first half, then he goes whack and hits a three-pointer in the corner. That’s a team. Carl probably played more minutes than our doctors would’ve wished, but he made shots. That’s a team. I look at this as a confirmation that we’re doing OK.”

ISH SMITH
On his first game back at the Wells Fargo Center
“It feels good. This is a great turnout; a really great turnout. I want to thank the fans first and foremost. We haven’t won a lot of games, but with the support you guys are showing us, we’re going to give you our hardest, and we’re going to try and collect some wins. But this was a great turnout and a good win. I thank God for us pushing through, pressing through and getting this win.”

Comparing his career to “Rocky”
“Yeah I just have fun. A lot of people look at my career and are like ‘holy crap’. I’m like a prize fighter and that fits in Philly; you know like the Rocky situation where you keep on swinging and hitting, but you just keep getting off the canvas because you’ve got faith that it’s going to eventually work out. For me, I don’t really stress about anything. I enjoy it. I enjoy basketball. I have fun. I keep a smile on my face and hopefully that’s infectious to everybody.”

JAHLIL OKAFOR
On 4th win of the season
“It was definitely a great team effort. After the road trip, we really encouraged each other to try and come back on this home stand and get some games won. So we’re 1-0 right now, and we’re all pretty confident. We’re just going to keep trying to get better, but it was a great team effort for sure.”

On Ish Smith
“He’s definitely helped the team a ton. Since he’s been on the team everything has been flowing better. We don’t get in too many late situations where we’re late in the shot clock, which was one of our big problems early in the year. He’s definitely been a great solution for us.

On his past experiences with Elton Brand
“There’s not much experience. I was just talking to him today on the bench; just joking around a little bit. It’s always good to have another Blue Devil around you. Him being a guy who played in my position and played well in my position, I think I’ll benefit from him and so will the team.”

On his intensity
“No matter what I do, I always try and bring energy on both ends of the floor to get our guys going, get our team going and try to get us closer to the win.”

CARL LANDRY
On team’s resiliency
“We just fought. We’ve been playing better as of late. We just continued to fight. We’re never going to give up. We had great fans tonight. It was good being back at home after a long road trip. It’s a 48 minute game and we played a full, complete 48 minutes tonight.”

On huge bench contributions
“That’s what I tell everybody on the bench, even the starters, is to stay ready. You never know when you’re going to get an opportunity”