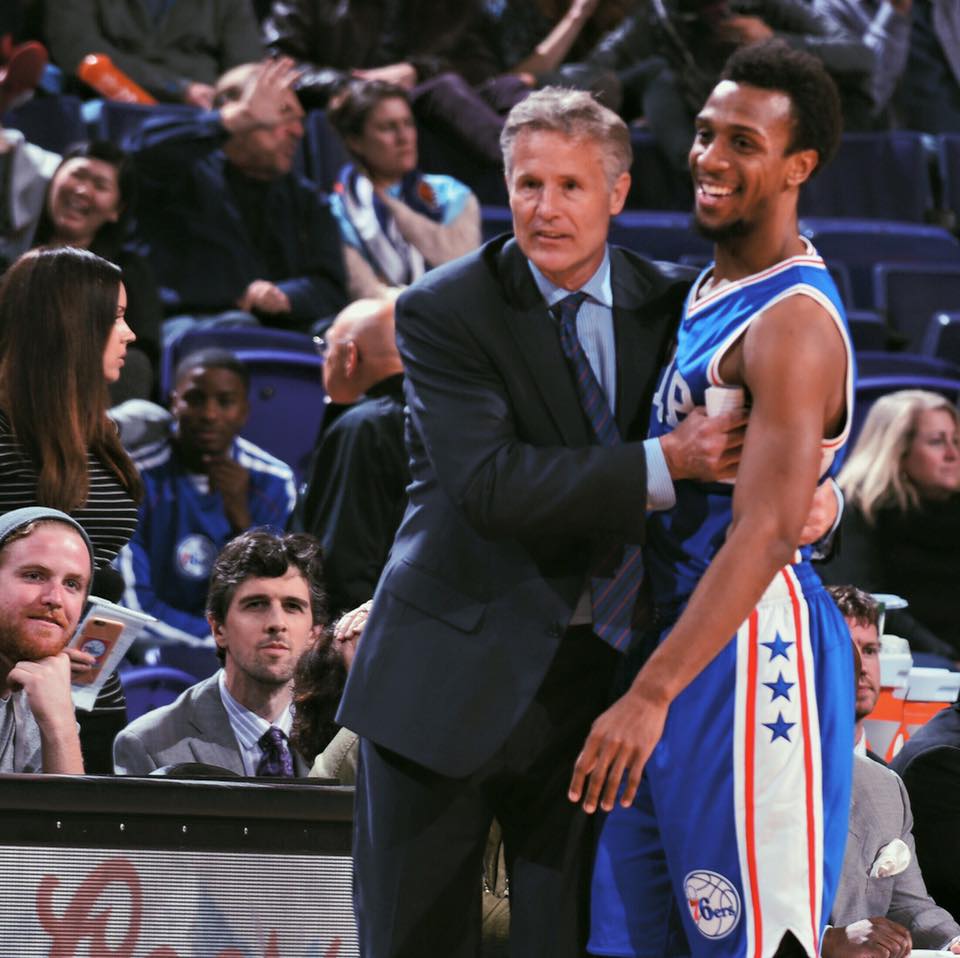 A collection of post-game comments from the Philadelphia 76ers following their loss to the Atlanta Hawks.

BRETT BROWN
On Atlanta’s 19-0 run
“I think it just punched our spirit.”

On team’s performance
“We played with no spirit tonight. We played with no fight tonight…I give them [the Hawks] a lot of credit in how they shared and moved the ball, but I thought that our defense was poor.”
“I leave tonight very disappointed in our defense and, at times, our spirit.”

On team’s erratic play
“There were times tonight, when you were sitting on the bench wondering who the group is. That’s not the group that you saw. I think that erratic behavior can’t influence anything else but us realizing we have to guard. You have to play defense. Nothing to me matters much unless we have that as our base, unless we have that as our mentality. Lots of times we do that, tonight we didn’t. Offensive teams that have that type of potency really expose us. They’re the 7th best offensive team in the NBA and they sure looked like it tonight”

On Atlanta’s growth
“They’re elite. I think it starts with a mentality of ‘this is who were going to be.’ I think he’s [Mike Budenholzer] done a great job of growing that side of the program. I think that having people who shoot the ball the way they shoot the ball at the end of the pass helps. But in general, I think the mentality that they have grown their program with is what we came from. That’s our backyard.”

On comeback attempt
“We rode Nerlens for a while and we got it to 11. And then the flood gates opened with turnovers and us not rotating to shooters, and it [the lead] ballooned out to 30 real quick.”

JAHLIL OKAFOR
On 19-0 run
“They’re just a really good offensive team. Obviously, they showed that tonight. They’ve showed that the entire season. Us as a team, we didn’t play as well as we wanted to defensively. It seems like we just got hit fast and before we knew it, we were down a lot. Credit to them, but we can definitely do better defensively.”

On 22 turnovers
“Us as a team, we’ve done better over the past few games of taking care of the ball and then tonight we kind of took a step back.”

MIKE BUDENHOLZER (HAWKS COACH)
On team’s 36 assists
“I thought the ball really moved. There were some possessions where it just kept moving from one side to the other. When we play like that, that’s when we’re at our best.”