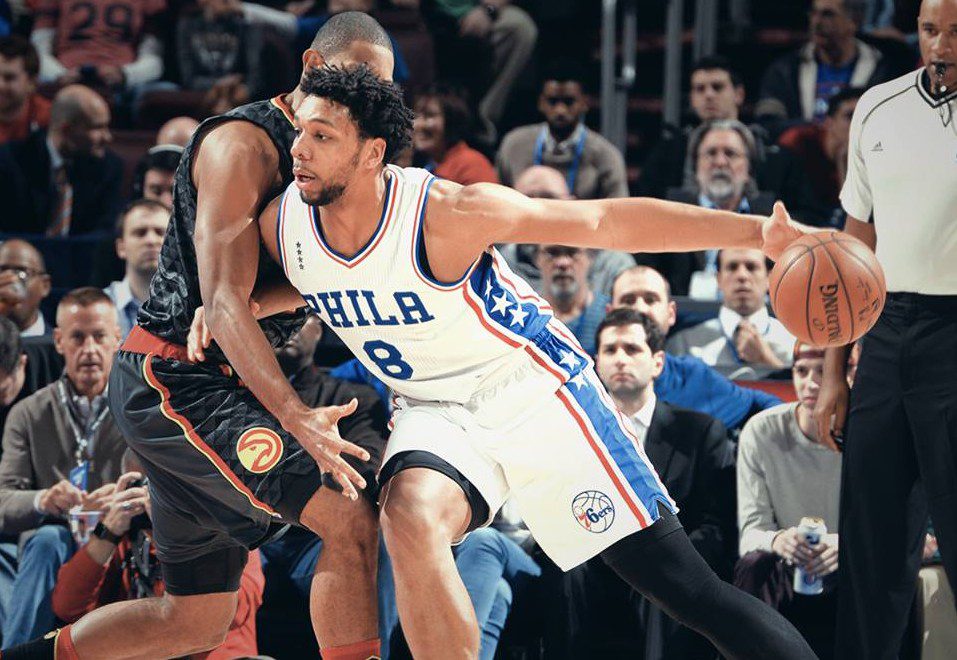 Coming off of their fourth win of the season, the Sixers were crushed by the Atlanta Hawks thanks to a devastating 22 turnovers and lackadaisical perimeter defense that gave up 13 three-pointers and allowed the Hawks to shoot a red hot 53.3 percent (49-92 FG) from the field. Although the final score was ugly, the game began on a positive note for the Sixers who took a six point lead early in the 1st quarter, due in large part to their stifling defense, which held the Hawks to without a field goal over a five minute span. With Philadelphia leading 21-15, Mike Scott and Tim Hardaway Jr. led the Hawks on a 19-0 run, blowing the game wide open for Atlanta who scored 39 points (15-25 FG) in the 2nd period and strolled into halftime with a 61-44 lead.

Trailing by 24 early in the second half, the Sixers would make things interesting. Inspired by the relentless Nerlens Noel, Philadelphia went on a 13-0 run to cut the deficit to 11 midway through the 3rd quarter. Noel was impressive on the glass the entire night, grabbing a game-high 13 boards against Atlanta’s dominant front line, including four huge offensive rebounds during this stretch. Unfortunately, this would be the closest the Sixers would get. After fighting their way back into contention, Philly committed four consecutive turnovers, allowing the Hawks to run off nine easy points that stretched the lead back to 20 in literally a blink of an eye. The Sixers, who have been plagued by turnovers all season, committed 10 in the 3rd quarter leading to 18 points for the Hawks. In the 4th, Atlanta continued to run up the score. Up by as many as 35, the Hawks could cruise to a 126-98 victory, snapping their two game losing streak and improving to 22-15 (tied for 4th in the East) on the season. Meanwhile, the blowout loss was a devastating setback for the Sixers, who had come into the game with a new sense of confidence after winning three of their previous six games. Following the game, Brett Brown was very critical of his team, saying “We played with no spirit tonight. We played with no fight.”

Turning Point
After allowing only 15 points on 25 percent (5-20 FG) shooting in the opening 10 minutes, the Sixers gave up 19 points on 80 percent (8-10 FG) over the next three, which allowed the Hawks to turn a six point deficit into a 13-point lead in the amount of time it takes to microwave a TV dinner. Mike Scott, owner of the NBA’s worst tattoos, was huge during this stretch, scoring seven points including a buzzer beating three-pointer to end the 1st quarter. When asked about Atlanta’s devastating run, Jahlil Okafor said, “It seems like we just got hit fast and before we knew it, we were down a lot. Credit to them, but we definitely could do better defensively.”

Ish Smith vs. Jeff Teague
The two former Wake Forest teammates went head to head Thursday night, doing most of their damage in the first half before the score got out of hand. In 28 minutes, Smith registered 12 points (6-10 FG) and a game-high seven assists, compared to Teague who produced seven points (3-7 FG) and four assists in his 22 minutes of play. Although both currently hold starting positions in the NBA, the two have taken completely different paths to stardom. Teague, a seven year veteran, has played for the Atlanta Hawks his entire career, whereas for Smith, in his six years in the NBA, he has played for nine different teams and even made a short stint in the D-League with the Rio Grande Valley Vipers in 2011.

Game Notes
• Jahlil Okafor led the Sixers with 21 points (9-16 FG) and seven rebounds in 26 minutes.
• The Sixers committed 22 turnovers leading to 29 points by the Hawks.
• Both Nik Stauskas and Tim Hardaway Jr., college teammates at the University of Michigan, had solid outings. In 23 minutes, Stauskas scored nine points (2-4 from three), while Hardaway Jr. contributed eight points (all in the 2nd quarter) off the bench
• Atlanta’s 126 points was one away from their season-high of 127, which they scored in their first meeting against the Sixers on December 16th.
• The Sixers next game is at home against the Toronto Raptors on Saturday at 7:30 PM.