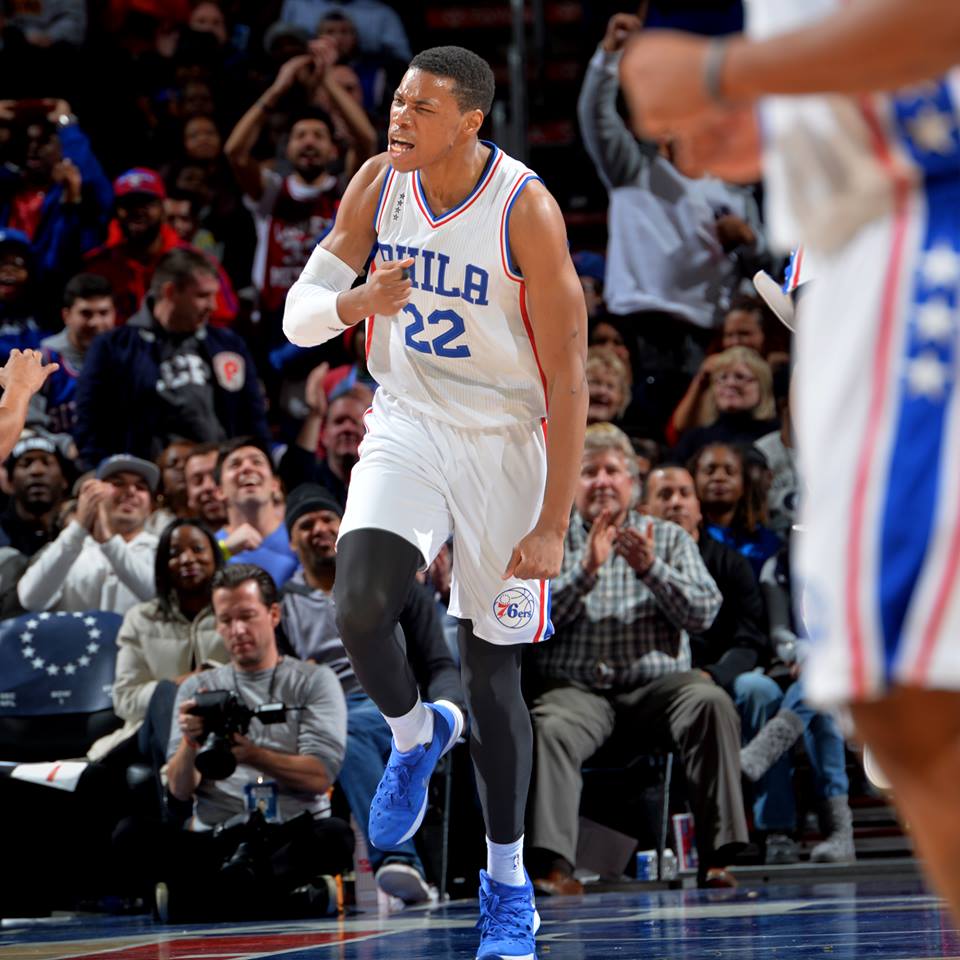 A collection of post-game comments from the Philadelphia 76ers following their win over the Portland Trail Blazers.

BRETT BROWN
On 5th win of the season
“My guys deserve it. They work hard and they play hard. They do it more than they don’t, but sometimes were just not rewarded. Tonight we were rewarded big and I think it’s fantastic for the city to see that every once in a while. To be reminded of our young guy’s progress and get a win like that is good for all of us.”

On team’s ability to move on after tough losses
“The guys are young, so they do two things. They celebrate hard and they forget quickly when there’s no time to celebrate. They wake up and they do it again. That’s a good thing. Amnesia sometimes for us is a good thing. Those guys are in there [the locker room] enjoying their efforts and I’m proud of them.”

On defensive production
“We felt like we threw one away the other night [to the Bulls]. We think that we’ve been playing good basketball lately and I think these games have confirmed that. I feel that our defense set the table for everything. They [Blazers] had 19 points in the 3rd period and in the 4th period we finished it out. We came out and showed that we’re going in the direction we want to go and have been going.”

On playing Noel and Okafor together
“I think that tonight, Nerlens and Jahlil coexisted perhaps the best they have. When you start looking at their plus/minus, you’re going to see plus 24 and plus 23 in that duration they were on the floor. Nerlens had four blocks and four steals. Jahlil at the start of the game got us going. He had an easy 25 and 10.”

On team’s balanced scoring
“Robert came in and made some shots. I give Isaiah Canaan a lot of credit for coming in and really giving us a boost. We had 5 or 6 guys in double figures. I think we ended up with 26 assists and only 13 turnovers. All over the place you saw our team offensive effort, sharing the ball and people making some shots. Richaun [Holmes] had an excellent game as well. There aren’t many people you can point to and say they had one of their down games.”

JAHLIL OKAFOR
On 5th win of the season
“It feels good. We got off to a hot start a few days ago when we played the Bulls and I think we learned our lesson not to stop until the game is over. We were able to go out there, continue to get stops and continue to run smoothly on offense.”

On 114 points
“I just felt that the whole team had a good rhythm, and Nerlens and I benefitted from that. It was a really fun game to be a part of. Everybody was clicking and everyone’s shots were falling. It was a great game for the team.”

On team’s mindset
“We work so hard as a team and we’re always staying positive. Coach [Brown] continues to tell us that all of the good days will add up and we believe that. I think that was a result of tonight where everything was going well for us.”

T.J. McCONNELL
On bounce back win following their loss to Chicago
“It feels good anytime you get a win. Pretty much everyone in here agrees that we let one slip away against Chicago. It left a bad taste in our mouths. We tried to come out like we did against Chicago and I think we did a good job of that, but the difference is that we didn’t let this one slip away.”

On Robert Covington
“Anytime Robert is hitting shots like he did tonight it’s tough for people to defend because they have to guard Jahlil and over help, and then we kick it to Robert. If we’re playing with pace, Robert is hitting his shots and Jahlil is playing like that then we’re a good basketball team.”

On Ish Smith
“Just watching Ish has been enjoyable for me and has helped me out a lot. He’s come here and has hit the ground running. He’s been tremendous for this team. Him getting people the ball, playing with pace and taking care of the basketball has rubbed off on all of the guards.”

ROBERT COVINGTON
On team’s ability to execute
“Sometimes we get stagnant and lose focus of what the game plan is, but tonight everyone was locked in on both sides of the court. Now that we’ve seen what we’re capable of, we have to build off of this.”

On his consecutive strong performances
“These past two games have been a huge confidence booster. Coach Billy [Lange] and Coach Lloyd [Pierce] have been working with me the past few weeks, watching film, focusing on the small things to readjust my shot and getting back to the things I was doing before.”