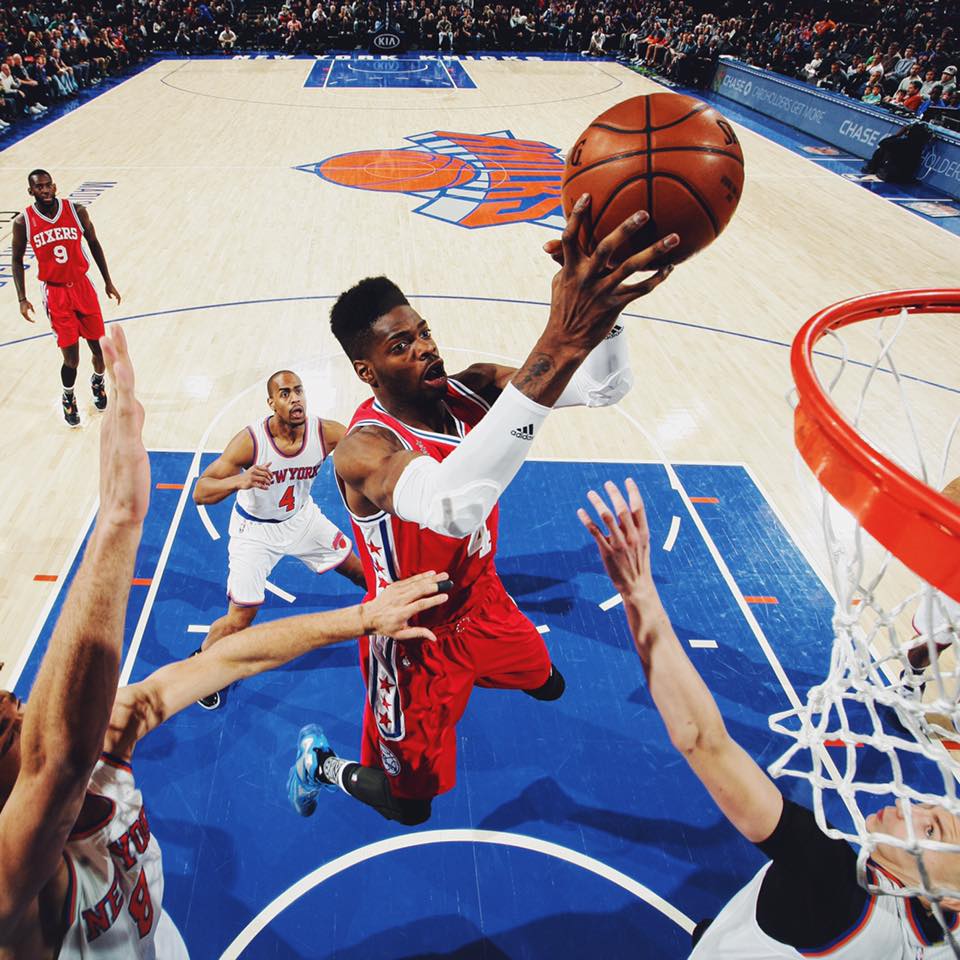 A collection of post-game quotes from the Philadelphia 76ers following their double overtime loss to the New York Knicks.

BRETT BROWN
On double OT loss
“Where do you begin? It’s a cruel loss. There is no doubt about that. But that game we just played is entirely different from the first two times that we played them [the Knicks]. You call upon different people to help you get back in the game down 18. And we found a way not only to get back in it, but to really be in a position to win the game. To not see that through is disappointing.”

On sitting Okafor during 4th and OT’s
“[It was] really difficult. But you looked on the floor, Ish and Nerlens had a thing going where we pick-and-rolled them, we got lobs, Ish made passes, we sprinkled shooters around it. I think Jahlil, when I kept looking over at him, you feel like is it going to be his time? And you never really felt like it was. I kept looking over there and he was an amazing teammate. He was the first person off the bench, encouraging Nerlens. It was a very difficult decision, but that group was rolling, I didn’t see any fatigue and we rode them out.”

JAHLIL OKAFOR
On not playing late in the game
“I’ve always been about the team. I’ve been around some really great organizations and it’s all about winning. That’s what we’re trying to do here and it was a great game.”

“I was ready.  I was staying ready, but the guys had it rolling.  They were playing phenomenal.  Supporting them from the bench was a lot of fun.”

On Ish Smith’s career night
“We were obviously having a difficult time containing Ish Smith and keeping him out of the paint. He’s obviously very aggressive and plays with a lot of confidence, so we tried to make some adjustments that we thought could help us. Lou Amundson playing a few minutes; that was really big in helping us get some key stops and rebounds late in regulation.”

On Carmelo Anthony’s return
“I thought early he was moving well, but just the timing and rhythm of not playing a few games was a little bit off. As the game went on, obviously I thought some fatigue set in and he didn’t have his legs underneath him. I thought overall he was still aggressive. He got some guys involved early in the game, which I thought was good. I think there are times that we put him in situations to just go score and we didn’t really play offensive basketball as a unit. I thought overall, he did what he needed to do to help us win today although he wasn’t necessarily at 100%.”

CARMELO ANTHONY [KNICKS FORWARD]
On Sixers recent play
“I don’t think we took them lightly. With the way that they play, they can stay in games and they’ve proven that over these past couple of games with the way they’ve been playing. They’ve been in games down the stretch. They’ve been winning and beating teams. They were up 30 and 24 in these last couple of games. This is a team, regardless of their record, that has been playing a lot differently.”

On blowing 18 point lead
“A win is a win. We’ll take it. Regardless of how we did it, we’ll take that win. Philly hasn’t been playing the same way they were playing early in the season. They’re playing at a much faster pace. They’re trying to score within the first seven or eight seconds of the shot clock. They spread you out. They’re playing a lot different from the beginning of the year.”

On three-pointer to force OT
“I was going to take that [shot] regardless. Especially once I saw [Nerlens] Noel had switched off on me. I just wanted to get a good look at the basket. I live for moments like that. Some games call me for me to take that shot and some games don’t. Today was one of those games where it called on me to take that and make it.”