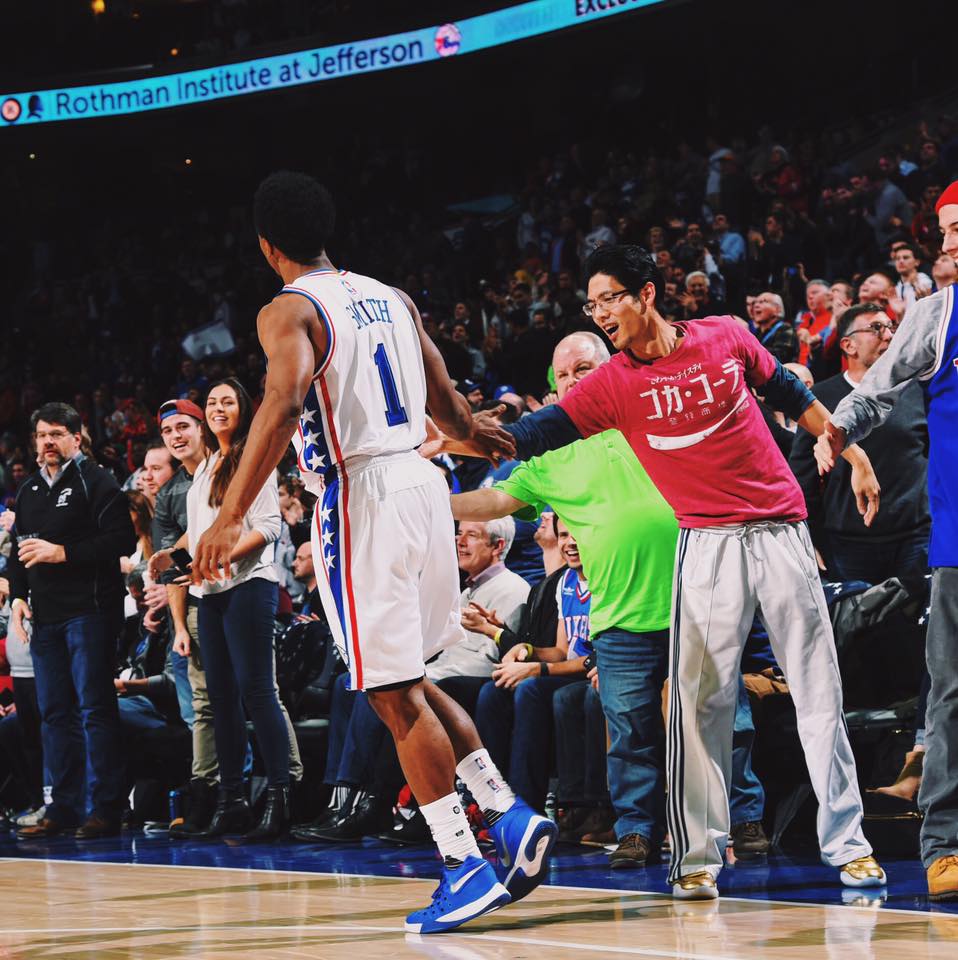 A collection of post-game quotes following the Philadelphia 76ers’ victory over the Phoenix Suns.

BRETT BROWN
On 7th win of the season
“I was embarrassed the other night against the Celtics. I thought that was one of the poorest performances we’ve had at home. We’ve had a few of those and we wanted to respond differently, and we did. I thought with the toughness our guys showed we reminded ourselves of what’s most important; trying to give a performance that is energy and effort based to the fans and the city of Philadelphia. We didn’t play like that the last time we played.”

On overcoming injuries to Noel & Sampson
“I thought the toughness we showed without Jahlil and without JaKarr [was phenomenal]. Isaiah gutted it out with a solid 10 minutes and really helped us. I thought Nik came in and had a bounce to his game. He really had a little bit of a swagger going. Robert’s carried over his mojo a little bit with 12 [three-point] attempts. He ended up making five three’s out of those 12. All over the place I thought our defense was good and our toughness was good. And I’m especially pleased with Nerlens. For him to come in with nine rebounds, three steals and three blocks; that stands out more than anything, more than his points.”

On team’s defensive effort
“I feel that there was a competitiveness and toughness in our group that we had to have. We looked at their [the Suns] record before and they’re 1-20 when they don’t get to 100 points. They did get to 100 points and as we saw them get closer we started getting a little bit worried. I think that resonated within our group. We said we have to rebound, we understand that magic number of 100. They did get to it, but I felt like the toughness of executing at the end and finishing those end of the game plays was excellent.”

On Nerlens Noel’s effectiveness playing center
“I think it’s because he’s done it [play center] his whole life. And he’s been good at it. They said he was going to be the first player chosen [in the draft] before the injury because of that. I think growing people into other positions is painful at times and challenging at times. I’ve said candidly that he’s made the most sacrifices out of anybody. Offensively and defensively we’ve moved him to a different position for a portion of the game. You see his gifts at doing what he’s done his whole life; protecting the rim and leaving people to make secondary blocks.”

ISH SMITH
On 7th win of the season
“It’s a good win. We gutted it out. We wanted to come out and bounce back from that ugly Boston game. Again, I can’t thank the fans enough who came out through that snow storm. The support was much needed. Sorry, we didn’t put out our best product that night. We wanted to redeem ourselves and I thought we did a pretty good job against a feisty Phoenix team that’s well coached. I love Coach [Jeff] Honacek, the whole coaching staff and the whole team over there.”

On controlling the tempo of the game
“That’s something that Coach [Brown] is constantly talking to me about. It’s constantly something I’m trying to get better at. I think the great ones do; the Chris Paul’s; the Tony Parker’s; the Steph Curry’s. And that’s the level I want to get to and be at. With that being said, you just have to feel it out; when to push it and keep playing with pace…Then sometimes you have a pretty good lead, so you have to slow walk the game down, execute the down the stretch, make big plays and I think we did that tonight.”

NERLENS NOEL
On 7th win of the season
“It’s a game of basketball where you have to go out and compete every night. I think it was a great game for us tonight. We did a great job moving the ball; everybody was involved. It was a great team win…..We’ve been coming out here playing out butts off every night. Despite certain games where we don’t come out, we’re resilient. We want to come out here and put a show on for the city of Philly and keep playing basketball. We’re getting better as the season comes along, so, we’re coming.”

On withstanding Phoenix’s 4th quarter run
“We have to keep our guys close knit. Basketball is a game of runs and we have to stay together through it knowing that we can fight right back. We have so many guys on this team that can contribute in so many ways. Jerami Grant; Richaun Holmes, oh my god! These guys are just junk yard dogs.”

On Ish Smith’s ability to control the pace of the game
“I think Ish did a great job of walking the ball down and we went to what we knew was reliable; the pick and roll with three shooters on the court. The pick and roll with me and Ish is already hard enough to stop, but when you have Isaiah Canaan, Hollis and Rob on the court at the same time then it’s really hard to stop. I think we attacked that, walked the game down and did a great job executing down the stretch.”

NIK STAUSKAS
On team’s 6-9 record since defeating the Suns on December 26th
“To win six out of our last 15 [games], it’s one of those things where we prove to ourselves that we know we belong here; we know we can play with teams in this league. It’s all about consistency at this point. Just bringing that same effort every night and going out there and keep winning.”

On team’s intensity following loss to Celtics
“That effort that we gave against the Celtics was unacceptable, so everyone had to step up and give a better effort and we did that tonight even though we were a little bit banged up.”

On 15 point performance
“I got off to a rough start in the 1st quarter. I kind of just snapped out of it in the 2nd quarter and decided to become a little more aggressive going to the basket and it ended up working out for me….I think after the 1st quarter, I really felt that bounce in my step and made a mental note to myself that I wanted to be aggressive in attacking the basket. I’ve also been hurt for a little bit now, so my legs are a little more rested than some of the other guys and maybe that gave me a little more endurance down the stretch.”

JEFF HORNACEK [SUNS HEAD COACH]
On team’s energy level
“We got down early. I thought [the Sixers] were outhustling us in the beginning of the game. There were some loose balls and they looked like they had more energy than we did. So then we were chasing them the whole time and never really had any pressure on them. A couple of times we were able to cut the lead down then we’d make a dumb play. I think we had [the lead] down to eight and for some reason one of our guys totally didn’t know where his man was and they made a three. We had our little opportunities. Their three’s hurt us. That was on our scouting report. There were certain things that we were supposed to do on these guys and we didn’t do it.”

P.J. TUCKER [SUNS FORWARD]
On defense allowing 113 points
“I think we were alright on offense, but we have to be able to get stops consistently, buckle down on defense and put the same effort in that we put towards scoring points. [If we do that] I think we’ll be in a position to win every game. But until then, it’s going to be tough for us.”

DEVIN BOOKER [SUNS GUARD]
On second loss to Sixers
“They shot will versus us both times; way above their [usual] percentage. You can say it’s just the nature of the game, but we didn’t make those shots harder for them….We just need to stick with it. We’re down a lot of people, but we can’t use that as an excuse. We still have to play hard and we have spurts of it, but we just need to continue doing it.”