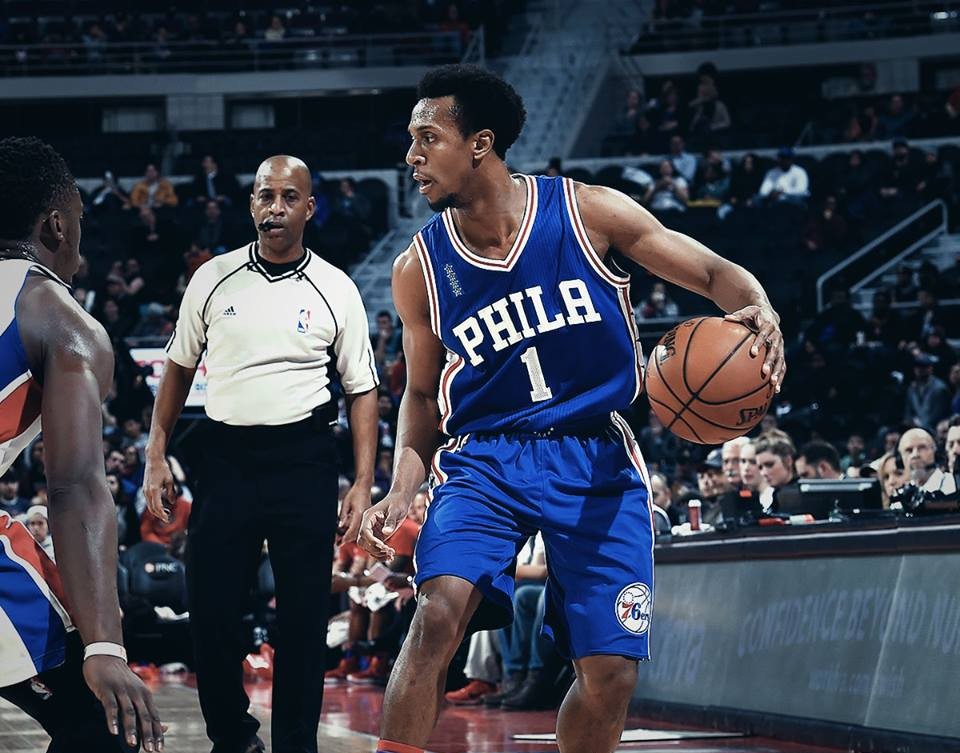 The month of January was a strange one for the Sixers.  A 4-10 record mixed with convincing wins, confusing losses and a handful of down to the wire thrillers; if there is one thing that Brett Brown’s crew has taught us, it’s that the scoreboard doesn’t always reflect a team’s hunger and heart.  The Sixers have had their ups and downs.  They’ve been been hit; they’ve been knocked to the ground, but like every great fighter, they’ve gotten back on their feet and have continued to swing.  “We’ve taken some hits, sometimes massive hits.  There were probably four, maybe six games that were sort of what I refer to as ‘the dark days,'” said Brett Brown.  “I think since then, we’ve kept moving and we keep getting, I think, closer and better and stronger and all the things you hope to say about a team. I think that we’re doing that. ”  Nothing was more indicative of this than in Philadelphia’s 108-105 loss to the defending world champion Golden State Warriors on Saturday.  Rallying back from a 24 point 3rd quarter deficit, the Sixers came within one possession of forcing overtime against a team that had defeated the San Antonio Spurs by 30, the Chicago Bulls by 31 and the Cleveland Cavaliers by 34; all within the same week.  Let those numbers sink in for a second.  Yeah, the Sixers lost the game, but they won the night.  Within the month, they’ve become the Rocky Balboa of the NBA.  Both have that tough Philadelphia mentality.  Both have been underestimated; and if you don’t put your fists up, both will knock your teeth out.  So in honor of the “junk yard dogs” that are the Philadelphia 76ers, here are their top 10 plays from the month of January:

8) Jerami Grant swats “Another One.”

7) The reason why Mirza Teletovic only shoots three’s.

3) One clutch shot, over two Bulls, down three in the fourth quarter.

2) Robert Covington goes to the bank on holidays (MLK Day).