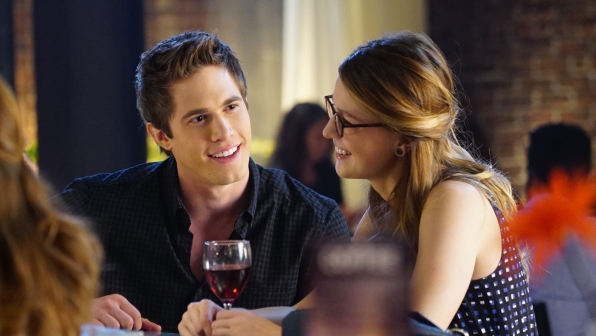 Honestly it’s starting to feel as if the writers of Supergirl are alternately giving us interesting and boring episodes every week. I was in no way invested in this week’s episode after watching only five minutes of it. After so much buildup surrounding Maxwell Lord’s nefarious plans, Bizarro-Girl simply joined the rest of Supergirl’s captivating characters as a monster-of-the-week. Lame.

It really is a shame, too, because Bizarro-Girl brought along plenty of good internal and external conflict for Supergirl. It was really for Kara to learn that Maxwell Lord had gone through seven girls before finally getting his brainwashing technique perfect. Unlike her sister she couldn’t see Bizarro-Girl as merely a science experiment. Kara’s humanity and compassion is what makes her so unique, so it felt very true to character for her to refuse to treat Bizarro-Girl as anything less than human.

And while the emotion behind Bizarro-Girl was a strong point to an otherwise flat episode, the best part was the jokes that she brought about. The “she talks like cookie monster” line was gold. Another really great moment that I’m sure I only picked up was the very subtle Friends reference, which was so subtle it probably wasn’t even a reference. When Kara and Alex found out that Maxwell Lord knew about their sister-ness all I could think about was Phoebe saying “they don’t know that we know that they know.”

Unfortunately, the writers of Supergirl killed the storyline, much like they’ve done with just about any other interesting bad guy to hit up National City. Maxwell Lord is now locked up, and though it doesn’t look like it will last very long at all, that, combined with Bizarro-Girl’s cheese fest of an apology, effectively kills any of the suspense surrounding Frankenstein and his monster.

So, let’s move on to the other part of the episode; the “you may be Supergirl, but you’re Kara Danvers as well, and she deserves a life” part. My first issue is, does she, though? Because I’m beginning to think more and more that it’s basically impossible for Kara to juggle life as Supergirl as well as a normal human being who dates. Because we all saw how disastrously that went.

First of all, how do you even explain why an evil twin version of the superhero running around town kidnapped you? Because the writers gave us a piss poor job of an example (I’m just asking hypothetically, of course). Thankfully, that didn’t seem to be the biggest takeaway for Adam; no, the broken heart thing probably monopolized his concern – which, by the way, is a little bit dramatic.

There were so many things wrong with this episode that I really hope that Supergirl redeems itself next week. Make Cat and Kara a cape wearing, villain punching, best friend duo. Make Kara just make a decision whether she’s on Team James or Team Winn so that I can be disappointed and finally move on. Introduce a character for Winn to flirt with only to disappear two weeks from now. I don’t know and I don’t care, but it better be good.