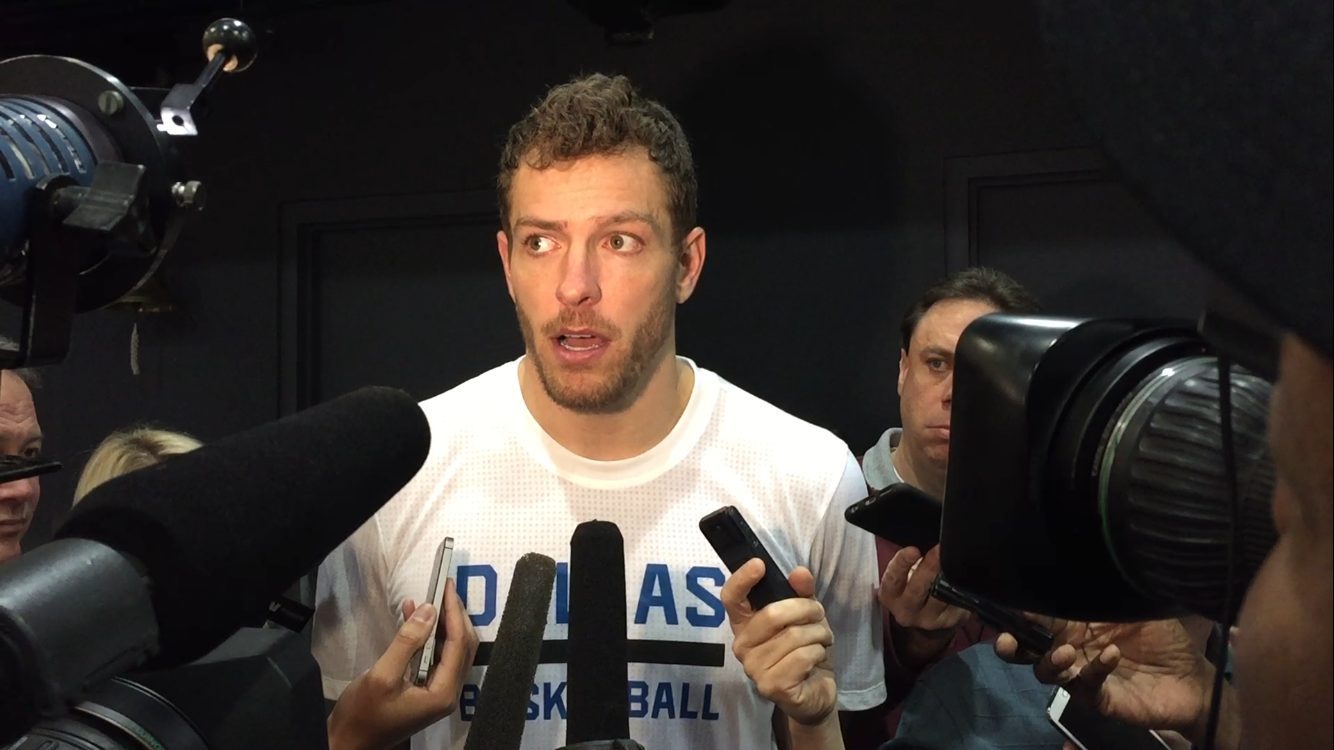 Break out the broom.

And if you’re a Dallas Mavericks fan, break out the all of isle six from your local liquor store and just down it while trying not to cry yourself silly. Or something like that. Wednesday evening, the visiting Oklahoma City Thunder swept the leg of the Mavericks 116-103 after an intense back-and-forth battle of wits (wits that included infamous three-guard line ups and much of the press pulling out their hair).

That being said, Dallas has lost 10 of their past 15 games and are dangerously close of letting the playoffs slip through their fingers. The Mavs are only 1-13 against division leaders (the one being almost fluke like since they beat the champion Golden State Warriors without one Stephen Curry) and a failure to grasp a fifth seed in the Western Conference will mean sure-fire doom. Falling below the five line would mean they would have to face one of the following three in the first-round: Dubs, San Antonio Spurs, or the pesky Thunder.

If that turns out to be the case, you might as well just bend over and grab your ankles now, Mavs.

“I don’t look at the standings that much,” Mavericks head coach Rick Carlisle said during his very brief post game presser, his mouth and nose crinkled in a way that seemed to mask his irritation. “I’m looking at how we’re playing.”

Something that isn’t that impressive as of late.

Regardless of the loss, fans were given a preview of what’s to come in terms of their newest acquisition off the bench. David Lee played a little over 15 minutes in his Dallas debut (after not playing the game for over a month due to injury) and contributed four rebounds and two assists and even earned the eye of Carlisle, who allowed the 32-year-old veteran to stay in the game during the fourth quarter as his team attempted an austere-laced comeback.

“More than anything, I was trying to get acclimated to the system out there and get used to playing different combinations,” Lee said to the press following the loss. “I did some different things and it’s only going to get more comfortable for here.”

While Dallas started off the game slow when they fell behind 15-3 in the first quarter, they managed to take the first lead of the game in the third after nailing six treys. However, it was the fourth quarter that couldn’t be surmounted for Dallas after giving up a 15-0 run to OKC to start. Life sparked when the Mavs went on their own 13-0 run during the final minutes, but weren’t able to close.

The Mavs weren’t without their impressive moments, though, which included Salah Mejri straight up swatting away at Kevin Durant (his second time this season denying the All-Star) and Nowitzki putting up 33 points.

Dallas looks to bounce back on Friday night against the Denver Nuggets.