Brought to you by our friends at Reebok.

Called the Question Mid ‘Misunderstood,’ this release is an homage to the very essence of Allen both as a player and a person. You either had much love, or no love for Allen Iverson. There was no in-between. And while his fearless style of play and defiant attitude would divide fans, he never wanted to be a controversy. But that’s just the price of integrity.

The ‘Misunderstood’ takes inspiration from newspaper headlines and other notable quotes about Allen, both positive and negative, in a black and white colorway.

The Question Misunderstood will be available on Friday , April 1 for $129.99 at Jimmy Jazz, Shoe Palace, Villa, and Reebok.com. 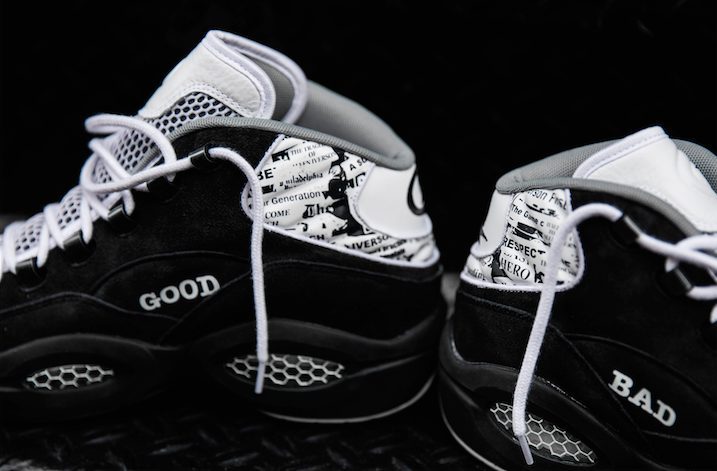 It’s a widely accepted truth that every story has two sides. But the contrasts of Allen Iverson’s story span a greater divide than most.

To this day, Iverson remains one of the most polarizing figures in sports history. Inundated with on-court accolades and off-court controversy, he elicited a true emotional reaction from every person he encountered – they either loved him, or hated him. There was no in-between.

The former, revered him for his heart and his hustle. It wasn’t hard to notice that Iverson left it all out on the court, putting up record numbers and enduring unrelenting punishment to his six-foot frame, only to get right back up for more. He played with an unrivaled fearlessness, prolific skill and an iconic style that earned the love of a city and the respect of fans across the country. 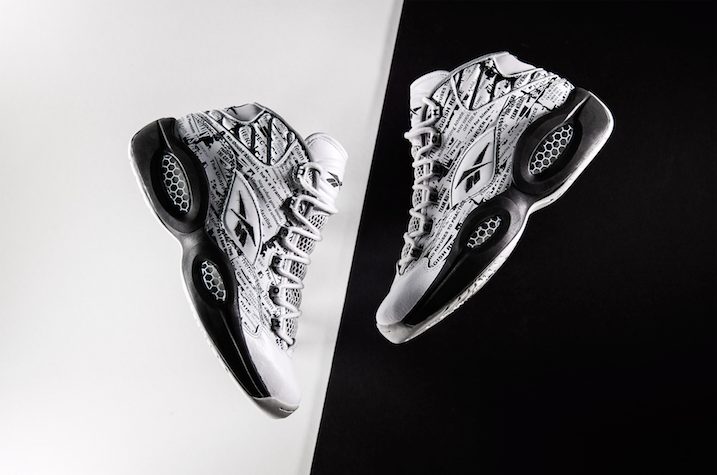 While Iverson’s character and talent captivated a slew of admirers, it procured just as many adversaries. He was condemned for his rocky past and distaste for authority. Drew criticism for unprofessional behavior and poor practice attendance. He was chided for his hairstyle, his tattoos and his tendency to say whatever was on his mind. At its worst, he was accused of playing “hero ball” before “hero ball” was even a thing.

And while the stories and opinions will follow him, forever branding him as the game’s most controversial player, what he really was, was misunderstood.