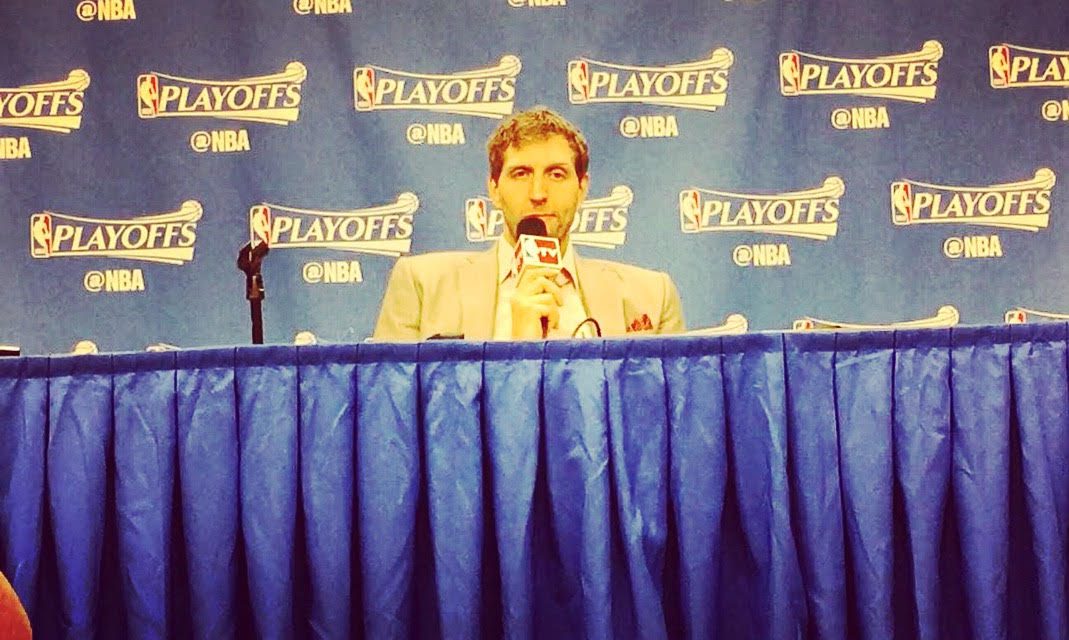 So, about Thursday night…

You wouldn’t have guessed it based on the sights and sounds around Dallas during the day: the city was buzzing with energy, their orotund joy from Monday’s night’s nail-biting Dallas Mavericks win over the Oklahoma City Thunder still screaming through their nerves. Though through all their intrepid words aimed at the traveling Thunder, fans in the city of Dallas understand that this is a late-start town – so what happens when a playoff game starts at 6p.m. CT instead of the usual 7:30?

The painful 131-102 dismantling of the Mavericks by OKC will end up being expunged fro the minds of fans who filled the seats later on during the game, but for now, it hurts.

“We need to play with more grit; I think that’s the answer,” Dallas head coach Rick Carlisle said to the press following Game 3’s loss. “Tonight it was very clear what their game plan was.”

Which was obviously to beat a very dead horse come the close of the fourth quarter.

Their talent, consisting of the very fatal Kevin Durant and the annoyingly lively Russell Westbrook, is absolutely fucking deadly, even when they’re not playing up to their full potential, which is even more terrifying.

“Their talent is a significant problem,” Carlisle said. “They’re beatable, but we’ve got to come out with a better disposition. It’s as simple as that.”

Durant completed the night with 34 points, three assists, and seven rebounds, while Westbrook ended with 26 points and 15 assists. The mismatch between the two teams has been brightly highlighted twice in this series, and mainly because of the determination from both players, especially Durant, who was 7-of-33 in Game 2.

J.J. Barea returned to the starting lineup since the Mavs were without guard Deron Williams, who was suffering from a painful sports hernia, while David Lee returned as well, making his Dallas Mavericks playoffs debut. Lee had missed the first two games of the series due to a torn plantar fascia.

It was Wesley Matthews who led the Mavs during this dismal game, ending with 22 points, two assists, and five rebounds.

Reporters from all sports angles flooded into the interview room on the event level of the American Airlines Center in order to listen to Thunder head coach Billy Donovan attempt to contain his happiness while Carlisle seethed and scrunched his face like a bitter possum. While waiting between each interview, Oklahoma City reporters bragged rather loudly about their fans and how their fans would never let down their team like apparently Dallas fans had.

First off, the Thunder are literally less than a decade old. Their fan base is the NBA equivalent of an eight-year-old child running around on a sugar high after downing a fifth of ice cream, obnoxiously jumping off the walls, and annoying everyone they encounter.

Though the arena was only partly quiet at tip-off due to the late start, fans started pouring in as work let out in the city and bombarded the opponents to the best of their abilities. Sure, they understand the mismatched placing that’s happening on the court, but the city of Dallas has lived through much worse heartbreak with their team. Right now, all that’s important is that there is a chance, how ever tiny, and fans see this and will constantly back their team, as they have been doing for 36 years.

Mavericks look to even the series on Saturday at home.