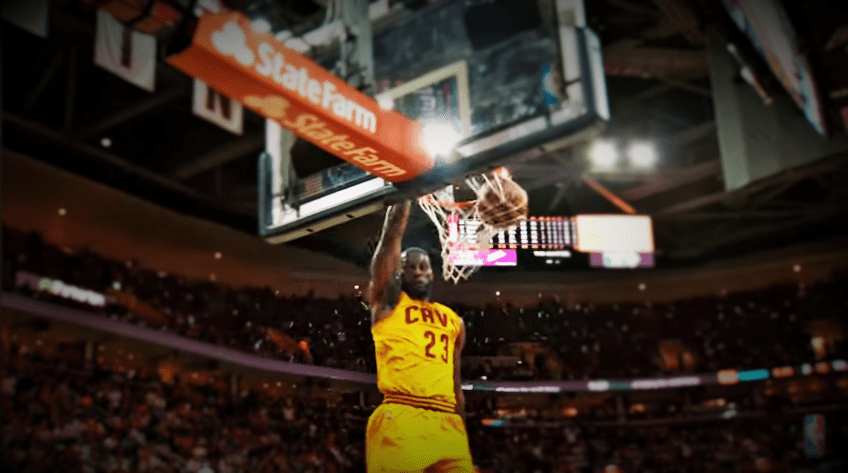 Maybe I was wrong – maybe this will be a sweep… After Game 1 between the Cleveland Cavaliers and Detroit Pistons, I figured Detroit’s rounded offense and impressive shooting display in the opening game would eventually translate into a win.

Game 3 was won by Cleveland, 101-91. A young Pistons team staring into the impending reality of the offseason will probably be swept now that’s it’s 3-0. Of course, in their frustratingly tricky way, the basketball gods will likely give Detroit Game 4 just to make me look like a fool.

I suppose, even if that were to occur, I still wouldn’t like as foolish as Stanley Johnson.

Johnson criticized LeBron James earlier in the series, and that certainly wasn’t his smartest move. James only went 8-24 in this contest, but he did put up a 20-13-7 line, and it’s a stronger positive for Cleveland to have LeBron struggle as others soar as opposed to the opposite.

On Detroit’s end, Kentavious Caldwell-Pope put up 18, Andre Drummond had 17, and Marcus Morris had 16. Reggie Jackson totaled 12 assists, although he also went 1-of-8 from long range and chucked 16 shots to receive 13 points.

The continued impressive play of Kyrie Irving/Kevin Love was once again on display in Game 3. Irving had 26 points on 11-20 shooting as Love posted 20 points and 12 boards. Cleveland managed to shoot 48.8 percent from the field in spite of James performing miserably regarding efficiency.

Detroit wasn’t far behind in this number – they shot 48.6 percent from the floor, but only 26.1 percent on triples (Cleveland lit them up for a 12-29 showing after drilling 20 bombs in Game 2).

The Cavaliers are a difficult squad to gauge given its inconsistency. I can’t imagine even Cleveland fans themselves know what to expect from this team. The clear picture emerging, however, is a healthy and comfortable within the offense Irving and Love, something that will mean devastation for any Eastern team in Cleveland’s path.

On the West side, that’s a different story. A West Side Story, even? #irrelevantreferences

For now, the biggest question at hand is whether or not my original stance will be correct that Detroit will not be swept, or if my shamefully disgusting decision to now say this will be a sweep proves to be true. Either way, this series is over, and it always was. It was fun to think Detroit could steal one, it was always assumed in a best case scenario they’d lose in five. Not even Stan Van Gundy’s mustache ever had the power to prevent that.