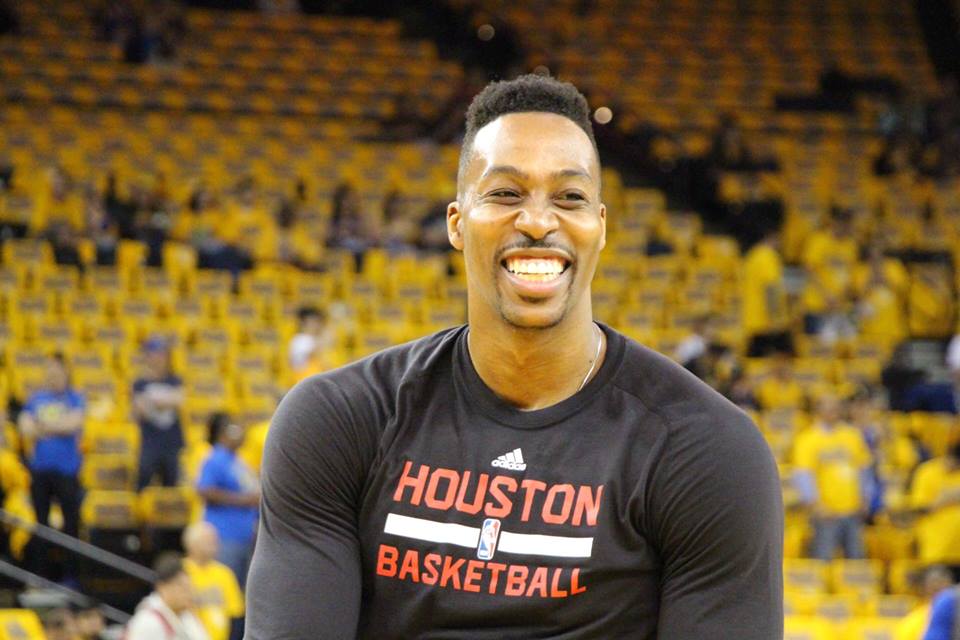 Just a few words about our fallen friends from Round 1 of the NBA Playoffs.

Question of the Offseason: How much more will the Pistons young guns develop under the Notorious SVG over the summer?

Probable Answer: We could expect pretty significant bounds, particularly from Andre Drummond, Kentavious Caldwell-Pope and Stanley Johnson, all of whom are younger than me. Johnson is barely old enough to drink in Canada. Reggie Jackson, Tobias Harris and the Morris twin (Marcus, right?) are each 26 or younger, so it’s not like they’re on the downswing of things by any means, but even if those three will plateau, Drummond, KCP and Johnson are all going to much better. Drummond was a borderline All-NBA player this year and he’s hardly tapped into his offensive potential. Even though he’s just an untouched slab of clay, Drummond has shown year to year improvement as an offensive threat, and there isn’t a more prolific rebounder in the league right now. For the third straight year, Drummond posted one of the top twenty offensive rebounding seasons in the history of the NBA.

The Caldwell-Pope/Johnson partnership on the perimeter is what Pistons fans should be ecstatic about. Detroit’s hard-fought four game series against Cleveland served as a nice look at what those two could bring on a night to night basis sometime in the not-so-distant future; they’re both gutty, fearless competitors that play with a chip on their shoulder. Neither was afraid of the stage or about going head to head with LeBron James … it actually seemed like they were eager to take on that challenge. In time they’ll both be All-Defensive Team players and with more reps and responsibility, they’ll blossom into reliable enough perimeter scorers. That’s a great place to be starting if you’re the 8th youngest team in the NBA.

Question of the Offseason: Where does Dwight Howard end up, and does Houston find a running mate for James Harden?

Probable Answer: Don’t care and don’t care. Those two deserve to be stuck with each other for the rest of their lives and in the afterlife. I hope they get a reality show together. If Terrell Owens and Chad Ochocinco can have The T.Ocho Show, then why can we live in a world where Keeping Up With The Kardashian’s is followed by How Hard: The Everyday Struggles of Dwight Howard and James Harden.

“On tonight’s episode, while Dwight is writing out his child support checks, James gets a call from Khloe Kardashian who tells him she is getting back together with Lamar Odom, much to Dwight’s amusement.”

Question of the Offseason: Should Frank Vogel be on the hot seat?

Question of the Offseason: How will the 2016 Mavericks summer rebuild turn out?

Probable Answer: My personal prediction is it doesn’t turn out that great. I don’t know when Shark Tank is filming, but if it’s during the first few weeks of July Dallas is probably maxing out as a seven or eight seed in the Playoffs again. I’m not the BMFer to ask about this though. Take up all Dallas Mavericks inquiries with TJ Macias.

Question of the Offseason: What does Boston do with their treasure chest of assets?

Probable Answer: In case you’ve forgotten what sort of booty you can find in this aforementioned chest, here’s a quick rundown:

Obviously, when you have these sort of assets at your disposal there are endless avenues you could explore in order to improve your situation. The Celtics can either stand pat, use these picks, hope to strike gold in the NBA Draft and continue forward with a slow build, or they can flip some of these draft picks for an established star and speed up the process. The question is, who would that established star be?

Doc Rivers quickly came out and said the Clippers won’t be trading Chris Paul, Blake Griffin or DeAndre Jordan, but there’s no reason for him to say anything but that publicly. Recent reports have suggested Sacramento would be willing to trade moody star DeMarcus Cousins, and the Cavaliers will likely turn Kevin Love into the fall guy if they fall short of a championship this season. All three teams should at least entertain the possibility of taking some of those picks (and some young assets) off the Celtics hands, especially if Boston is willing to surrender any of those picks owed to them by the Nets.

Would LeBron James the Cavs entertain a deal for Kevin Love if they weren’t getting a superstar back in return? Shouldn’t the Kings start over and take as many of those picks as they could if the Celtics were willing to give them up for Boogie Cousins? Would the Clippers and Celtics even deal with each other again? In a month and a half it will be much easier to forecast this situation; once we know where the Brooklyn pick falls and how the Playoffs turn out there will be a clearer view of who will join the Celtics in an attempt to shake things up over the summer. Boston will be active though, even if there isn’t a deal for a superstar on the table.

Question of the Offseason: Can Memphis regain relevancy in the Western Conference?

Probable Answer: Upset alert: it’s in play! Everyone has been quick to write off the Griz after an ugly 1st round exit at the hands of the San Antonio Spurs, forgetting that they were playing with dudes from the D-League and the Spurs are lab-created cyborgs designed to excel at basketball. The masses don’t remember that the Grizzlies were 30-22 when Marc Gasol went down, and how they were 37-25 when Mike Conley was shelved. They stumbled to a 5-15 record down the stretch and stood no chance against whoever they would have drawn in the Playoffs.

There’s a scenario where the Grizzlies get back in the hunt, at least to the degree that they have in the past. If Memphis re-signs Mike Conley (personally, I’d be surprised if he left), re-signs Matt Barnes (literally every team in the league could use a gamer like Matt Barnes), blow Lance Stephenson a kiss goodbye and opt not to re-sign him next season, and then use your cap space to sign a young wing capable of carrying the offense for stretches (I’d love for Nic Batum to land in Memphis) and then maybe sign the brother of the cornerstone of your franchise (and no, I’m not talking about Jon Conley, brother of Mike); then aren’t we looking at a West contender?

Mike Conley, Marc Gasol, Zach Randolph, Pau Gasol, Matt Barnes, Tony Allen, JaMychal Green, one more perimeter creator, and Dave Joerger doing Dave Joerger things on the bench … that’s not a 50-55 win team? And what happens if the Clippers trade Blake Griffin (more on this later), Kevin Durant walks in free agency and a few of the Grizzlies Playoff opponents catch the injury bug in the Playoffs. All of the sudden the Grizzlies aren’t far from being in the position they were in 2013; four games away from the NBA Finals.

Question of the Offseason: Can Kemba Walker make another leap next year?

Probable Answer: He improved immensely from last season to this season, and as we saw in the Playoffs, Kemba is starting to get the benefit of a favorable refs whistle. Did you notice how strong his flopping game is right now? Only James Harden is exaggerating contact more animatedly and offensively than Kemba. There were a few times during the Hornets/Heat series that I was genuinely concerned that Heat defenders were zapping Kemba with a taser when he was driving to the hoop.

Kemba finished 17th in free-throw attempts this season and posted career highs in points, rebounds, field goal percentage, three-point percentage and free-throw percentage. He’ll be only 26 on Sunday, and if the uptick in his three-point shooting is sustained next year it’s reasonable to believe that we haven’t seen his best yet.

Question of the Offseason: Will the Clippers trade Blake Griffin?

Probable Answer: The single biggest Summer 2016 question that doesn’t (necessarily) include the name Kevin Durant. To answer this question, let’s first break down all of the facts using always trusty bullet points.

That’s what we know right now. I have no skin in the game, nor do I have any insider info regarding the ins and outs of the current sitch in Lob City, but I will say that I absolutely believe the Clippers tried to trade Blake Griffin at the trade deadline this past February, and I think they’re going to do everything they can to move him during the offseason, despite what Doc Rivers might say between now and then. And because as I mentioned before, a healthy Blake is a top ten to fifteen player in the league, I think a lot of teams will ignore the injury concerns and possible character issues and throw the kitchen sink at the Clips.
One last prediction that I want to throw out there because nobody remembers wrong predictions; they only remember the correct ones. I think the eventual trade is centered around Blake Griffin for Carmelo Anthony. And even though it seems nuts and borderline impossible, the LeBron/Carmelo/Paul/Wade super team pipe dream is in play this summer. By no means is it likely, but as I’ve detailed in the past, it is financially plausible and we’ve seen crazy shit like that happen not too long ago. Just don’t rule it out.