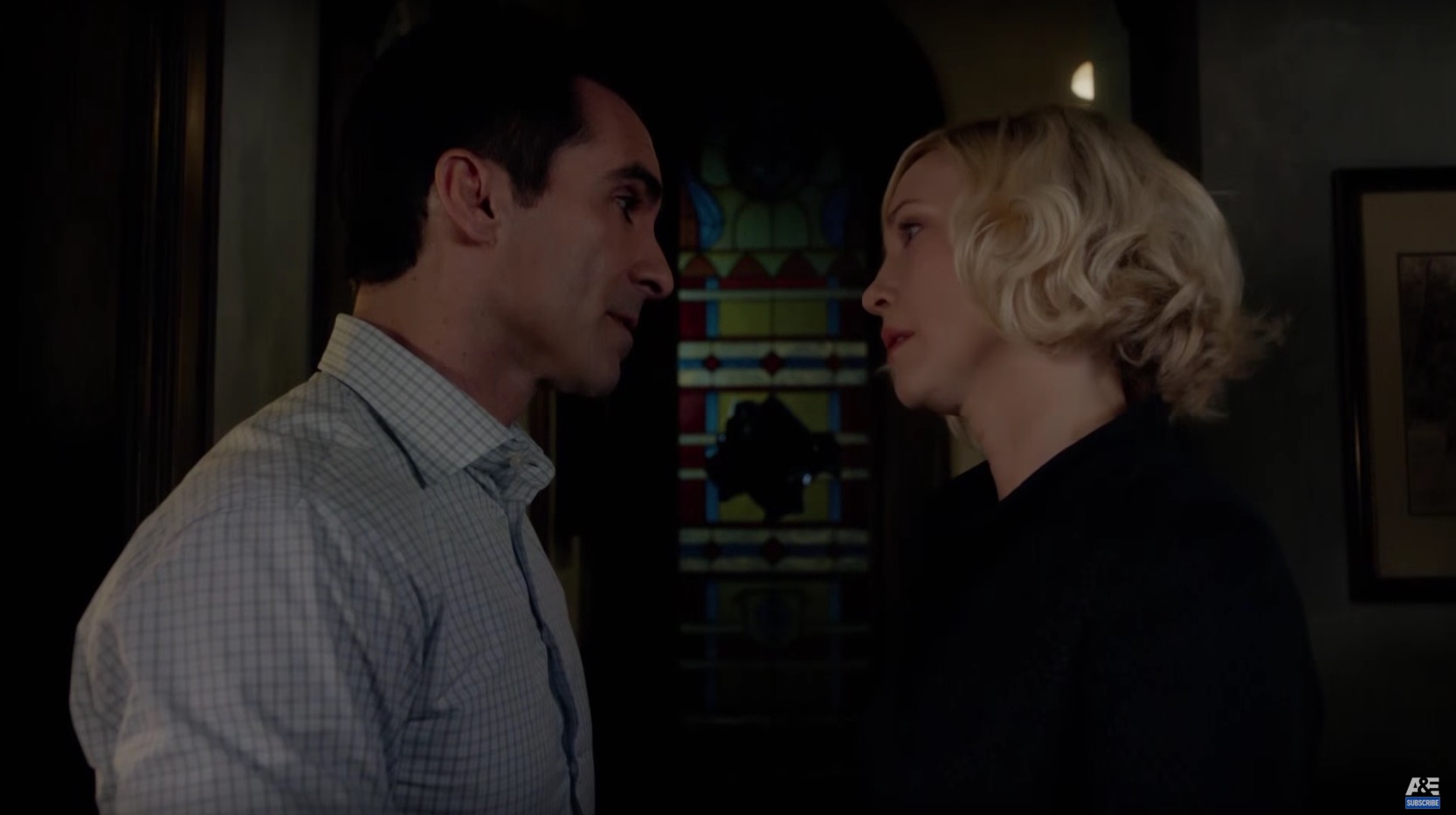 This week Bates Motel ramped up the drama in another fantastic episode. This episode was actually written by Freddie Highmore, in an incredible writing debut. Things went from tense to Norman Bates actually swinging an ax at Alex Romero. Alex is still alive for now, but next week will surely be intense with him and Norma Bates in the house with a very distraught Norman.

There were many great moments in “Unfaithful,” but the ax scene was certainly the intense highlight of the episode. Alex’s reactions range from annoyed to genuinely scared as he wonders if Norman would actually kill him.

Norman has been insisting that she only married Alex for the insurance in order to keep Norman from getting upset, but tonight she finally told him outright that they love each other and he has to accept it. The scene where they all have dinner together is fantastic.

Norma stood up for herself throughout the episode, asserting to both Norman and Alex that she’s an adult woman who can make her own choices. The scene where she told Alex that she’s not going to give him up was great.

Norman’s speech to Norma about how she’s being a hypocrite because he’s kept people away from him his whole life so that she can have him to herself was a painful reminder of the abuse Norman’s been through.

As often happens this season, the scenes between Dylan Massett and Emma Decody were extremely sweet and a bit of a relief from all the tension. Dylan tells Emma that although he feels bad about it, he knows Norma and Norman will never change and he just wants to get away from them. He and Emma plan on departing for Seattle but said they’d stop by the Bates house one last time before they go, so the question is whether Dylan will achieve his goal of getting away.