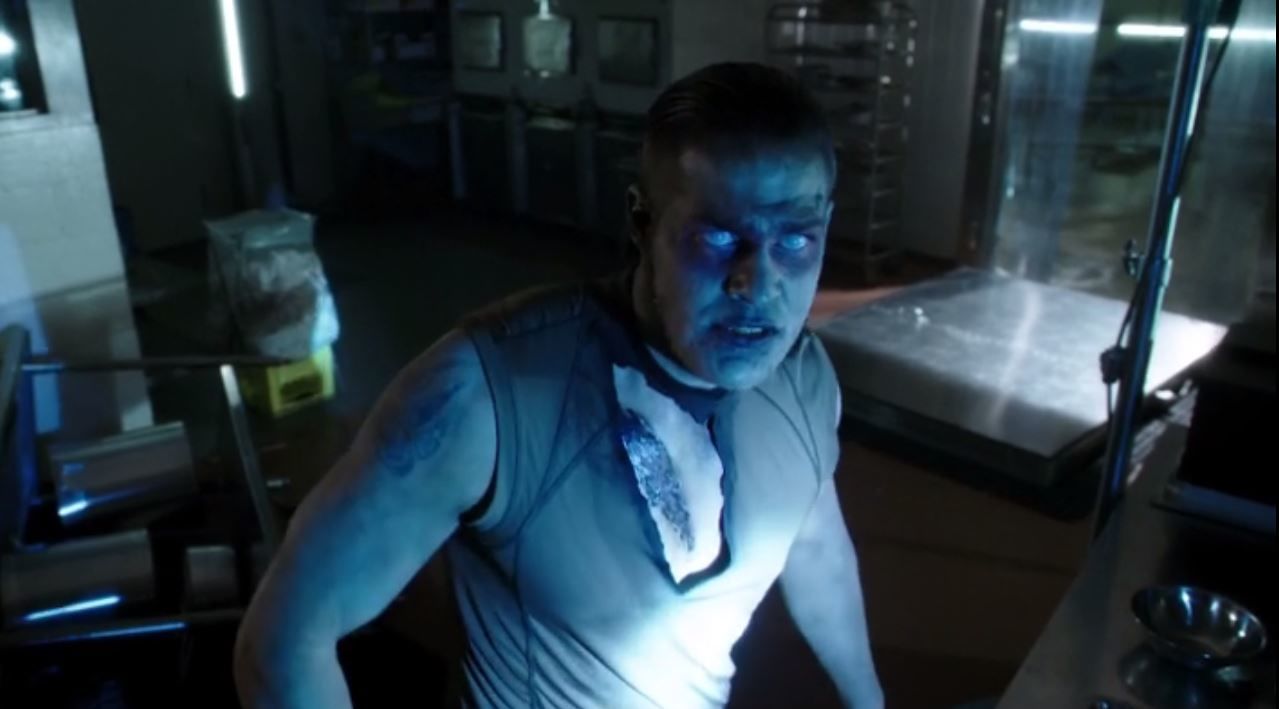 This week on The Flash the Speed Force was introduced as a God-like presence that spoke to Barry and asked him if he’s worthy of being The Flash. It was an embarrassing, painful episode to watch.

Doing an episode that moves inward leading up to an action-packed season end isn’t a terrible idea. This episode reminded me a bit of the Buffy the Vampire Slayer episode “The Weight of the World” which was a fairly effective episode. But, there were two major problems with “The Runaway Dinosaur.”

First, the things happening internally for Barry Allen really aren’t that interesting. The re-treads of his backstory were just a disappointing reminder that he hasn’t developed much as a character over the past season.

Second, the mythology introduced in this episode is way over-the-top. This has always been a sci-fi show where Barry’s cells just move at an accelerated rate. Suddenly introducing these almighty powers that be who Barry can bargain with to prove he should be the chosen one is not something I can just accept as a viewer in season 2. This show already had way too big a tendency to act like Barry Allen is the most special person in the world and this episode went way over-the-top with that.

The best thing that can be said about this episode is that Iris West was great in it. She bravely faced zombie Tony Woodward, then entered the Speed Force to talk to Barry. At least one character on this show acts like a superhero.

The writing of Barry and Iris’ relationship hasn’t been very consistent, but I’m optimistic about what it could be like when they actually get together. Many shows are terrible at writing will-they-won’t-theys, but decent at writing relationships, so let’s let Barry and Iris be together for real ASAP.