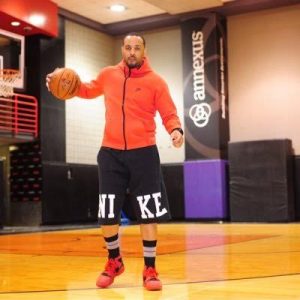 Head coaches are in the limelight about as much as players are. But when it comes to assistants, training staff, and other personnel, all of these pieces get almost no publicity. They aren’t the ones playing and sometimes, they’re not even on the bench. But they are the ones on the ground floor, working with players after hours to get them better.

The hierarchy goes head coach and assistants, and then comes player development coaches, video coordinators, and others.

Some may call them the “frontline” employee. They work with specific players developing their game, spending countless hours perfecting players’ all-around skill set, so they’re ready to play when called upon.

Take Irving Roland for example. Bouncing around the league from Boston to New Orleans, finally to Phoenix. After playing D-2 basketball and multiple injury issues, he decided to move over to coaching. Eventually getting a chance with the Boston Celtics as an intern. Working his way up the chain of command, he found himself as a player development coach working with all sorts of talent. Most recently, All-Rookie first teamer Devin Booker.

Mentioning of Booker, Irving says he’s one of his favorite players because of his work ethic and continual positive attitude whether he played or not. He sees a bright future ahead with D-Book and many All-Star games to come.

But essentially, Booker is 19, one of the youngest players in the league, that’s where guys like Irving come in. They help to build the foundation for younger players to mature, get better, and grow to become supreme NBA athletes. Over the course of this season, Booker’s game transformed going from DNP’s to starting and being the first option on the Suns’ offense.

Over time, Roland has built connections around the league and worked out in Miami over summers to help players workout in the offseason, building momentum for the NBA season and Summer League.

In 2011, Irving decided to work with a football trainer and build a workout camp in Miami designed for strength and conditioning of athletes. Players like Joe Johnson, Hassan Whiteside, Kevin Durant, James Harden, and others have participated in the camps. Designed specifically for basketball players, he has them come in to do strength work in the morning and in the afternoon they do basketball drills and games. It’s a good mix, something Irving and his team developed to give balance and competitive atmosphere.

This season, after Jeff Hornacek was fired, Irving and many of the staff were also let go. While it may have been a difficult transition, Irving continues to work on players and hone in on their skills.

This summer, he’s working with James Harden. Doing daily workouts to help improve and build off what he’s done with Harden over the past 5-6 off-seasons.

On Harden, Irving said “he was extremely disappointed about how last season went. Going from a team that went to the Western Conference finals to an eight seed isn’t easy. He knows what he needs to do and we’ve talked about it. He’s going to do a lot of work this summer, I expect him to get to that M.V.P. level again.”

Beyond Harden, Kyrie Irving will take on his Miami boot-camp as he does every year, will probably be at the Summer League working with guys, and will also be a free-agent of his own. Finding a job shouldn’t be difficult for him because of his pedigree, work ethic, and ability to connect with players on a multitude of levels.

There are a lot of coaches out on the market, but only few are like Irving. Players from around the NBA respect, understand, and know him to be one of the best player development guys in the league. He won’t take credit for players he’s coached who’ve developed into stars, but that’s Irving. He’s a humble, honest coach looking to improve any given player’s skill set, mentality, and overall basketball IQ to a place it’s never been.

For more information on Irving, listen to the podcast interview below, and make sure to follow him on Twitter.