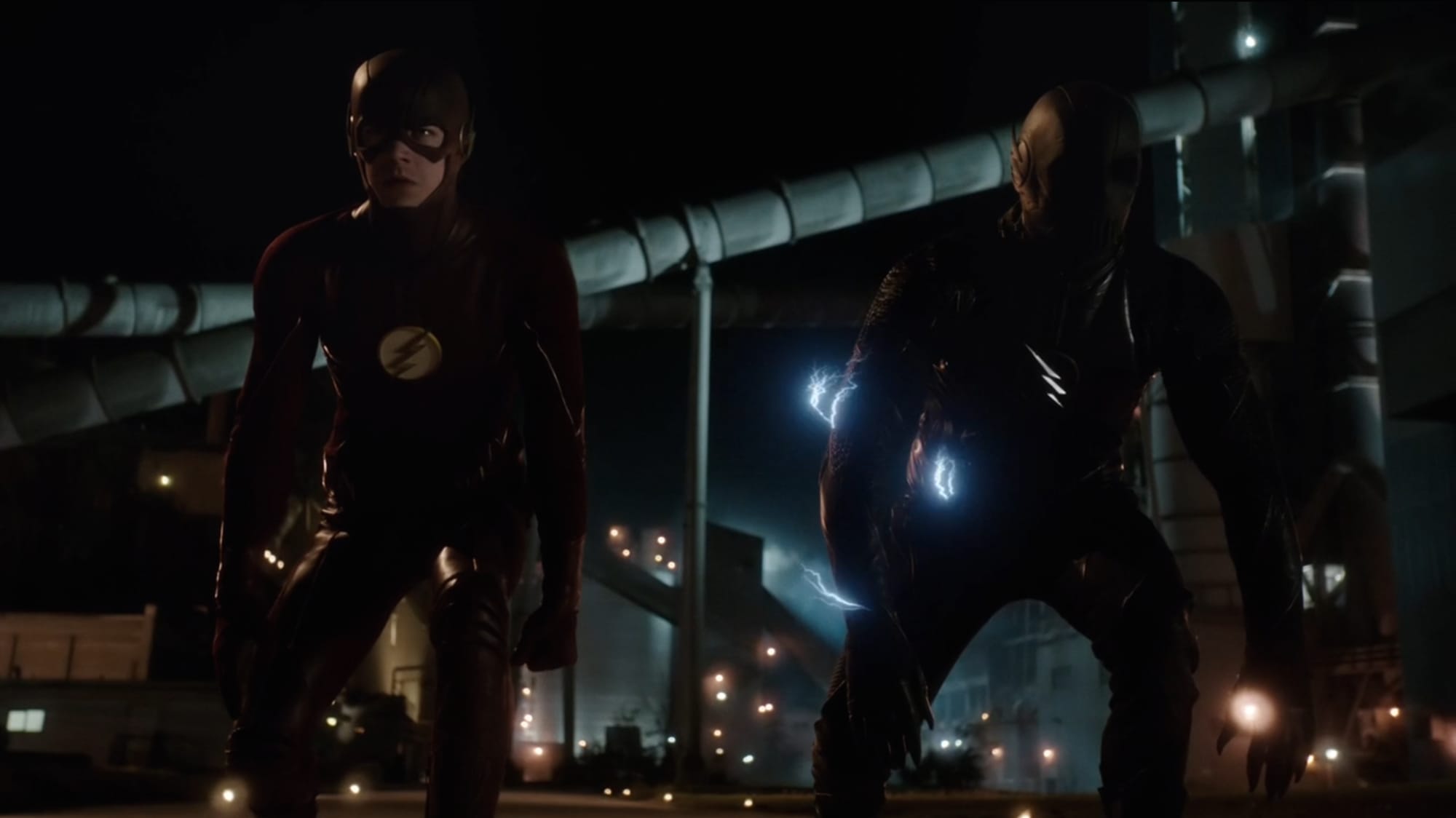 The Flash races Zoom in the season 2 finale. Photo from The CW.

After a sloppy season, The Flash managed to pull together an exciting and satisfying finale. Barry Allen defeated Zoom, with a lot of help from the entire team. The focus on the ensemble, with each character contributing a great deal to the story, was largely responsible for the success of this episode. The act in which they all faced Zoom without Barry might have been the best part of the episode.

Wally West stepped into his most active role yet, when he went against everyone else to ask Barry to help him save Joe West from Zoom. The relationship between Barry and Wally has built up nicely and it was great seeing them acting as full-fledged brothers in this episode.

Zoom asked Barry to race him, which was just silly enough to work on a show like The Flash. It turned out Zoom’s plan was also to destroy every planet in the multiverse except theirs. The stakes felt a bit ridiculously high for season two, but for the most part the set up worked.

The reveal that the man in the iron mask is the real Jay Garrick wasn’t a surprise, but seeing John Wesley Shipp suit up in the classic Jay Garrick outfit was definitely a lot of fun. It seems that, unfortunately, he’s not going to stick around next season, but hopefully he’ll at least stop by at some point in the future.

The big romantic scene with Barry and Iris West wasn’t very well-written and her saying that she’ll wait for him for as long as he needs was pretty cringe-inducing. But the chemistry between the actors is undeniable and it’s hard not to hope The Flash‘s writing will eventually live up to it.

The ending in which Barry went back in time and saved his mother felt oddly tacked on and I’m not sure exactly what made him do it at this point in time, but it’ll be interesting to see how next season resets.