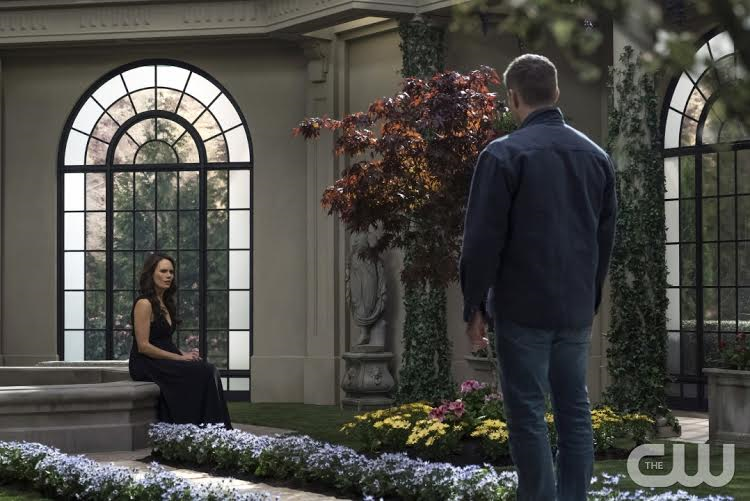 Supernatural aired its season finale this week and HOLY SHIT what an episode. I can’t remember every season finale the show has offered but it has definitely been a few seasons since we have gotten one as good as this. They got just about everything right, and managed to set up season 12 as well.

No matter what happens in a Supernatural season finale, my favorite part will always be the intro with Carry on Wayward Son. That song is perfect for the show and I will forever associate it with Sam and Dean closing out another season. I can hear it anywhere in my life and I automatically think “The Road So Far” and expect a recap to start playing somewhere in the vicinity.

Kansas rock ballads aside, this episode had just about everything else it needed to be amazing. The group is predictably down and out after their collective attempt to trap Amara was a giant failure. Now Chuck is dying and no one really has any ideas what to do next. Well, besides Dean, who has the right idea and starts drinking. Who wants to go through the apocalypse sober, right?

Sam then comes up with the brilliant plan of killing Amara to balance out the light and dark because Chuck is dying. This wasn’t the worst idea he’s ever had, but the world without the ultimate light OR dark probably wouldn’t have lasted too long.

They decide to trap as many souls as they can into one of Rowena’s witch crystals to essentially make a bomb to take out Amara. This was a great scene because we got a little throwback to older seasons of the show when Sam and Dean fought less important things like ghosts. They go to a super haunted mental institution and fight a horde of ghosts with salt guns and iron pipes before trapping them in the crystal. This brought on the nostalgia factor just enough for it to be the perfect scene for the episode.

We then learned that Dean would have to be the one to absorb the souls and become the bomb himself. Signal one of the most heart-wrenching scenes in Supernatural history. I was 100% sure that Dean wasn’t going to die this episode, but I still teared up during his goodbyes to everyone. Sam’s face during the whole ordeal was awful, and their final bro-hug is what really did me in. It was the first time in forever that I have been legitimately upset about the prospect of a Winchester sacrificing themselves for the greater good. I’ll say it again, this finale seriously just got everything right.

As much as I loved about all of it, I was a little nervous because the soul-bomb idea seemed like a bit of a cop out. It seemed like another easy way to write off a villain from the show in easy fashion. This was not the case, however, and I loved what they did instead. Amara realized that vengeance against her brother didn’t feel as good as she thought it would. Dean, who is the expert on the empty revenge feeling, is able to convince her to make amends with Chuck a.k.a. God and bring balance to the Force. I mean, Earth, sorry.

Before Amara and Chuck depart into the great unknown, Amara tells Dean that he gave her what she needed and she wanted to do the same for him. This starts one of the most baffling but exciting scenes we’ve gotten in a long time, but more on Amara’s promise in a bit.

All episode long we kept getting glimpses of a British woman who was making her way to Kansas in search of Sam and Dean. We had no idea who she was but got hints that she was a hunter of some sort. Well, it turns out she is a Woman of Letters from the London chapter and confronts Sam in the bunker with the intention of “bringing him in.” She is also looking for Dean but Sam tells her that he is dead, because he is still unaware that his brother didn’t have to become a soul-bomb after all. Sam then makes a rookie mistake and tells the nice lady that he knows she won’t shoot him. Naturally, she fires two shots at him. Unfortunately for us, we didn’t see where she shot Sam and we aren’t quite sure if he is alive or dead. Presumably he’s alive because they can’t really have a twelfth season without him.

It’s hard to hate the new Woman of Letters because she brings up a few good points regarding the Winchesters. They tend to bring about excessive death and destruction onto the Earth and someone needs to stop them. The Apocalypse, Leviathan, the Darkness, and considerably more. Hard to argue with her logic.

The next scene we get is Dean walking through the woods wherever Amara zapped him to. He hears a woman calling for help and rushes to her aid. What he discovers is his mother, Mary Winchester, standing there alone. WHAT?! Amara brought their mom back? I really don’t know what that means but I know it’s crazy and it’s going to make for some good television next season. Mary clearly didn’t have any idea what was going on either, so it’s going to be interesting to see how they play this story off.

This season finale of Supernatural had everything it needed to, and was the perfect end to what was one of my favorite seasons of the show so far. They did everything right while also managing to set up some intriguing story lines for a show going into its twelfth season, which is never easy. I’m just as excited for season 12 as I was for season two back in the day. Not many shows have this kind of longevity and I can’t wait to see where they go from here.