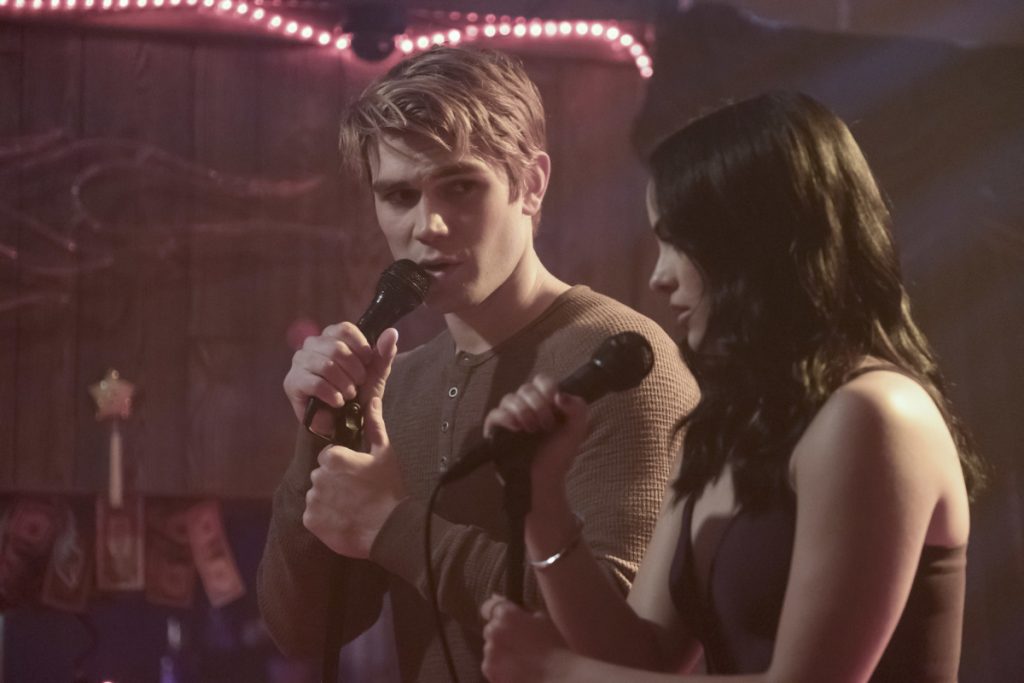 This week’s episode of Riverdale season 2 was more fun than most episodes this season. The incredible romantic chemistry between Alice Cooper and FP Jones went along way in redeeming the episode. But, the same problems that have plagued this entire season were on fully display.

The biggest moment of this episode came when Betty Cooper decided to do a striptease for Jughead Jones. At a party that her mom and his father were both attending. To a karaoke version of Gary Jules’ cover of “Mad World.” This felt like a Saturday Night Live sketch parodying Riverdale. Sometimes teen dramas have moments so awkward and embarrassing, they’re deeply relatable. This is not one of those times. I don’t understand anything Betty does anymore.

Speaking of inexplicable actions, the murder investigation aspect of this season is absurd. Sure, in Riverdale season 1 the teens spent sometime snooping around. But, the show at least tried to give them believable reasons for the times they took matters into their own hands. Now everyone seems to just agree that of course teens are constantly investigating murders. It’s gotten so ridiculous that Betty even assigned Archie and Veronica Lodge to investigate a mystery in her place this week. As she put it, “I’m taking a break from the Black Hood.” Sheriff Tom Keller happily assists the kids instead of telling them to mind their business and stay safe. There’s little attempt this season to give the kids academic, extracurricular and personal goals of their own. The season desperately needs the audience to be invested in a mystery that so far has had no satisfying reveals.

The main problem with Riverdale season 2 is that people’s actions are so absurd, it feels like there are no true stakes anymore. Instead of keeping secrets, kids are constantly openly sharing with their parents. Instead of trying to carve out a sense of safety, kids plunge into confrontations with murder suspects. There are no moments when the characters take a breath and truly feel the consequences of their actions. Therefore, it’s impossible to care about their actions.