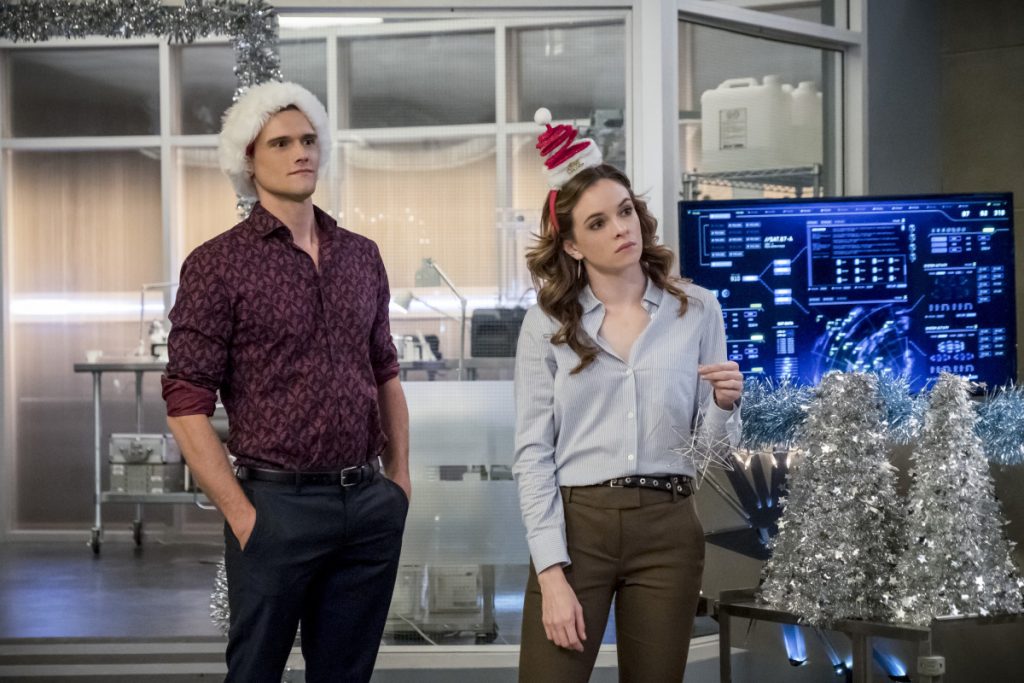 It was Christmas on this week’s episode of The Flash season 4. Clifford DeVoe isn’t the most interesting villain, but this episode moved quickly. It had enough fun scenes to make for a solid midseason finale.

Early on, Caitlin Snow found out that Cisco Ramon, Harry Wells and Ralph Dibny all hang out with Killer Frost. Now that should be the show. To Caitlin’s distress, it seemed like the guys actually prefer hanging out with Killer Frost. Later, she was kidnapped by Amunet Black and forced to perform surgery on a man named Dominic. The story allowed Caitlin to save the day, rather than counting on Killer Frost to save it. This felt unnecessary. After all, Caitlin has always been a brilliant doctor. But, it was nice to see her remember how great she is.

Unfortunately, while Caitlin thought she saved Dominic, he ended up falling victim to DeVoe’s plan. Hopefully, he’s not dead and the team will be able to save him. After DeVoe hijacked Dominic’s body, he disposed of his old body and framed Barry Allen for the murder. It’s certainly a more exciting midseason cliffhanger than previous seasons of The Flash have provided. It’s nice to finally have a villain who doesn’t just want to race Barry a lot.

The episode plot meant that both Caitlin and Barry were kidnapped at the same time. Iris West wanted the team to search for both of them, but Harry pointed out the hard truth that they have limited resources. She prioritized Caitlin. Her decision to help her friend, a week after she became Barry’s wife, is one of my favorite plot turns.

Despite the intensity of the plot, the episode found plenty of time for levity. This was really the saving grace of the episode. Details like Barry and Iris mentioning that Mick Rory gave them 40 toasters as a gift were the best part.

Be sure to check out my review of last week’s episode of The Flash season 4.