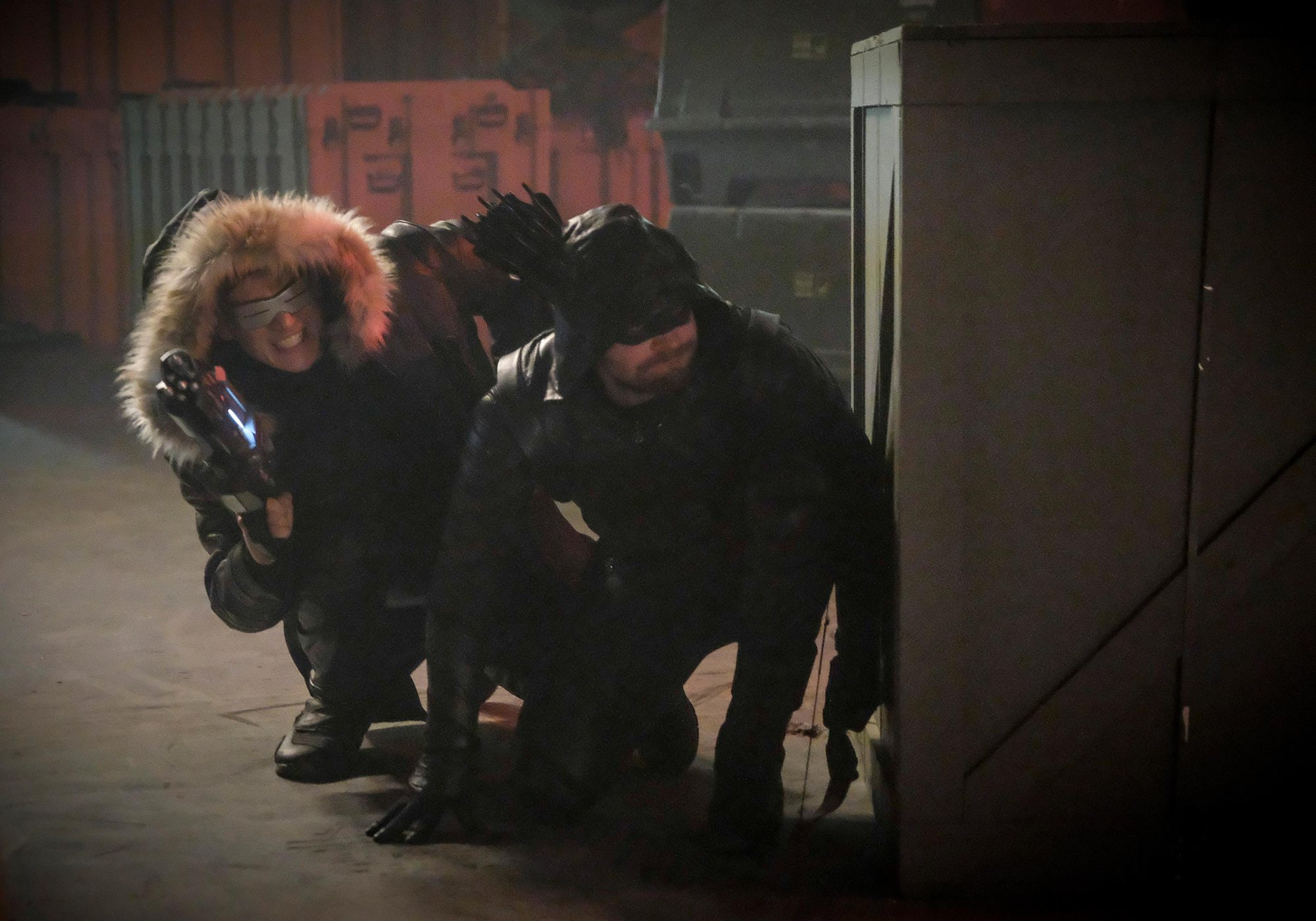 This week’s episode of The Flash was part of a four episode crossover event. This review will only cover the portion of that crossover that aired as The Flash— part three. So, I’m not going to get into the disgusting major plot point in part four, which I’m still processing. You can read my review of the Supergirl portion of the crossover event here.

While the first night of DCTV’s crossover event was certainly misguided, it at least offered some enjoyable scenes. The Flash‘s installment, however, was an onslaught of things that never should have aired. Who wanted to see an episode full of concentration camp imagery? Who wanted to see a very of Quentin Lance who murdered Sara Lance for being bisexual? The whole thing was perplexing and depressing. Reliable The Flash go-tos like Cisco Ramon and Harry Wells bickering felt pointless in the context of the episode.

An Earth-X version of Leonard Snart attempted to provide some levity. But, his snappy lines fell flat in the midst of concentration camp scenes. Similarly, the guest character of The Ray (Russell Tovey) couldn’t save this episode. The fact that these two new character shared DCTV’s first on-screen kiss between two men was a strange footnote in the middle of all this.

The major conflict in the episode was the team trying to get back to Earth-1 to save Kara Danvers. The obstacle was an Earth-X version of Winn Schott who wanted to blow up the reich’s headquarters. He explained to Alex Danvers repeatedly that people have been fighting against the reich for generations and that protecting this Earth is more important than any one person. He had nothing but valid points.

The writers wanted a world run by Nazis to create a big, scary threat. But, the problem is that the heroes look stunningly selfish for having a single personal care in the face of such a reality. No one was concerned enough for the millions of persecuted people. Ultimately, this episode only made the heroes look much less heroic.