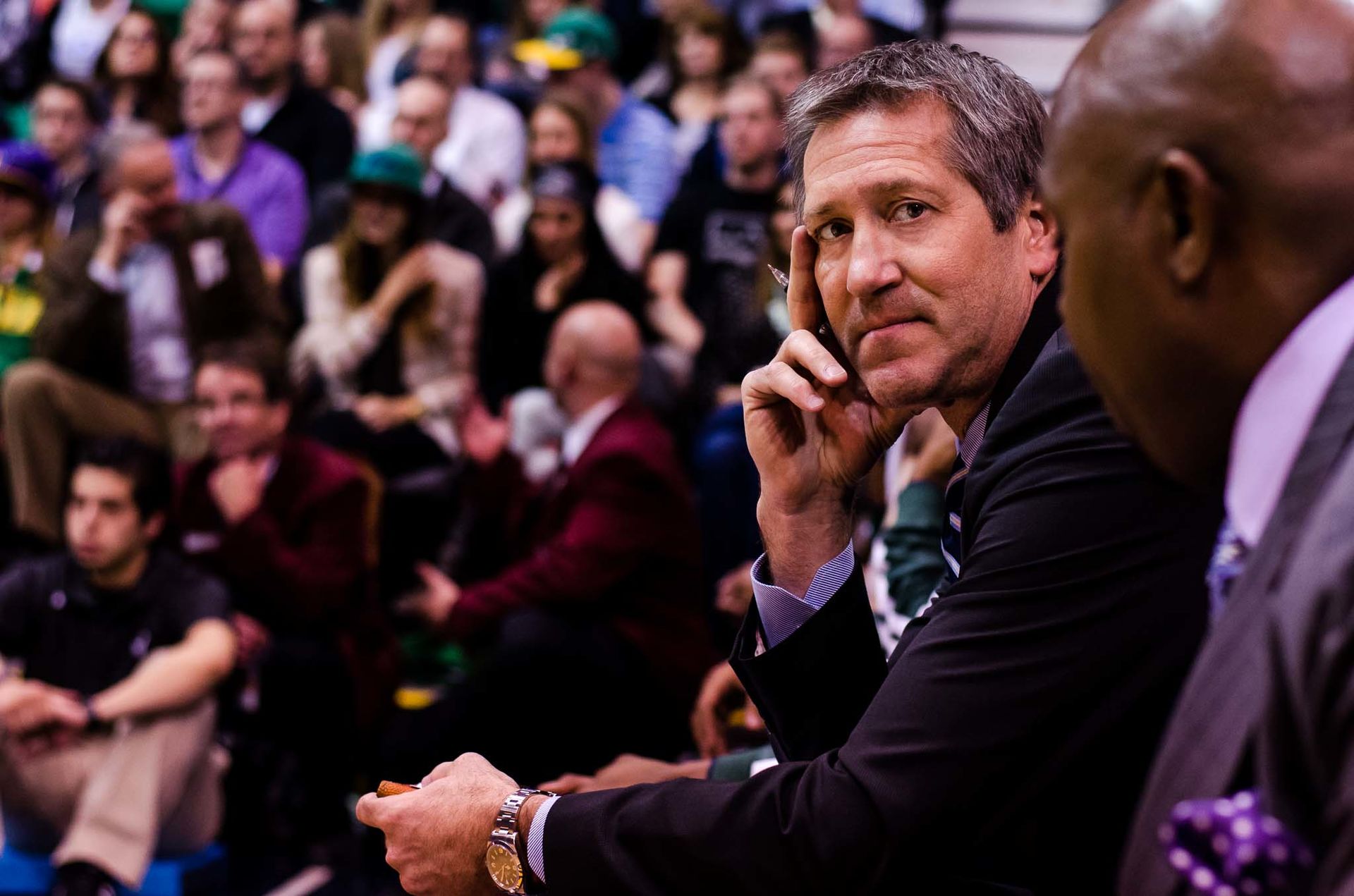 There was a collective sigh of relief in New York City when the news broke that the Knicks will hire Jeff Hornacek as their next head coach. That feeling has more to do with the Kurt Rambis era being over more so than the hiring of Hornacek. Knicks fans were starting to come to terms with Phil Jackson keeping his incompetent pal for another season and continuing the never ending cycle of grey skies over Madison Square Garden. For the past couple weeks Jackson seemed more interested in road tripping then finding a real NBA coach for next season. With the catastrophe that would have been Kurt Rambis for a full season avoided, fans can now get excited about the future.

Unlike Jackson’s initial hiring, Derek Fisher, Hornacek will come to New York with an established system and not have the triangle offense jammed down his throat.  In his two and a half seasons as the Phoenix Suns’ head coach he notched 101-112 win/loss record before being fired in February. Lost in that below average record is a fast-paced system that worked in Phoenix—most notably their first year when the organization still knew what they were doing–and fits today’s game.

By all accounts, Hornacek will have complete freedom of the offense which means the traditional triangle is gone, another win for Knicks fans and especially the players. Despite this being great news for all parties involved it has to upset some that Jackson did not pursue other candidates, most notably, Tom Thibodeau, if landing a coach from the triangle coaching tree was not as necessary as most thought.

What attracted Jackson to Hornacek’s basketball pedigree that stems from Utah Jazz legend, Jerry Sloan.  Jackson had his fair share of battles with Sloan while he was coaching the Chicago Bulls including back-to-back Finals wars that Jackson’s Bulls prevailed through. Horancek was a member of those Jazz squads and later coached under Sloan. Like his mentor, Hornacek’s offense relentlessly pushes the tempo. This style of play mixed with triangle principles like unselfishness could result in a top tier offense, something the Knicks were far from the last two seasons.

There will be a lot of roster turnover this offseason. Expect the Knicks to finally get with the times and add guards that cannot be beat off the dribble by my grandmother like, Jose Calderon. This is great news for young bucks Kristaps Porzingis and Jerian Grant who can be used properly in this system. Porzingis can now fulfill his destiny as a stretch five and wreak havoc on opposing centers on the perimeter.  Grant can now use that speed and agility to get to the basket instead of meandering at the top of the key. Carmelo Anthony can return to the four where he saw a lot of success during his best season with the team in 2013.

The starting unit outside of Porzingis and Anthony is a blank canvas. Calderon and Arron Afflalo figure to be out as the starting backcourt. Either Grant or late offseason signing Tony Wroten will get a shot at the starting spot as they both possess the speed and agility for Hornacek’s system. They also have a whole to fill at shooting guard with Afflalo expected to opt out. The big ticket free agents–Kevin Durant and Bradley Beal–are unrealistic options, but adding a player like Evan Fournier or Eric Gordon at a fair price is more than doable.

The supporting cast is also sure to change with emphasis on more wing players. Last season the bench started out hot, but as the season progressed it became Langston Galloway and Lance Thomas, way too much Sasha Vujacic, and an occasional Derrick Williams outburst. Robin Lopez will likely play more minutes with the second unit along with Galloway, Wroten/Grant, Thomas, and Williams. If Kyle O’Quinn and Calderon hang around expect them to play smaller roles. Ideally Calderon is shipped out for a quicker guard with cheaper price tag or a draft pick (the team is reportedly looking to get a pick in the upcoming draft) and the team signs a versatile player like Evan Turner to anchor the second unit.

Whether this slow burn approach was what Jackson had in mind the entire time is anyone’s guess, but with Hornacek now in the fold there is a foundation to build on. Anthony seems extremely serious about maximizing the twilight years of his prime. After publicly lobbying for Jackson to hire a new coach he was in the gym the day after news broke. Porzingis is reportedly excited. The ball is now in Jackson’s court. It’s year three and time to prove that he can build a winning basketball team.