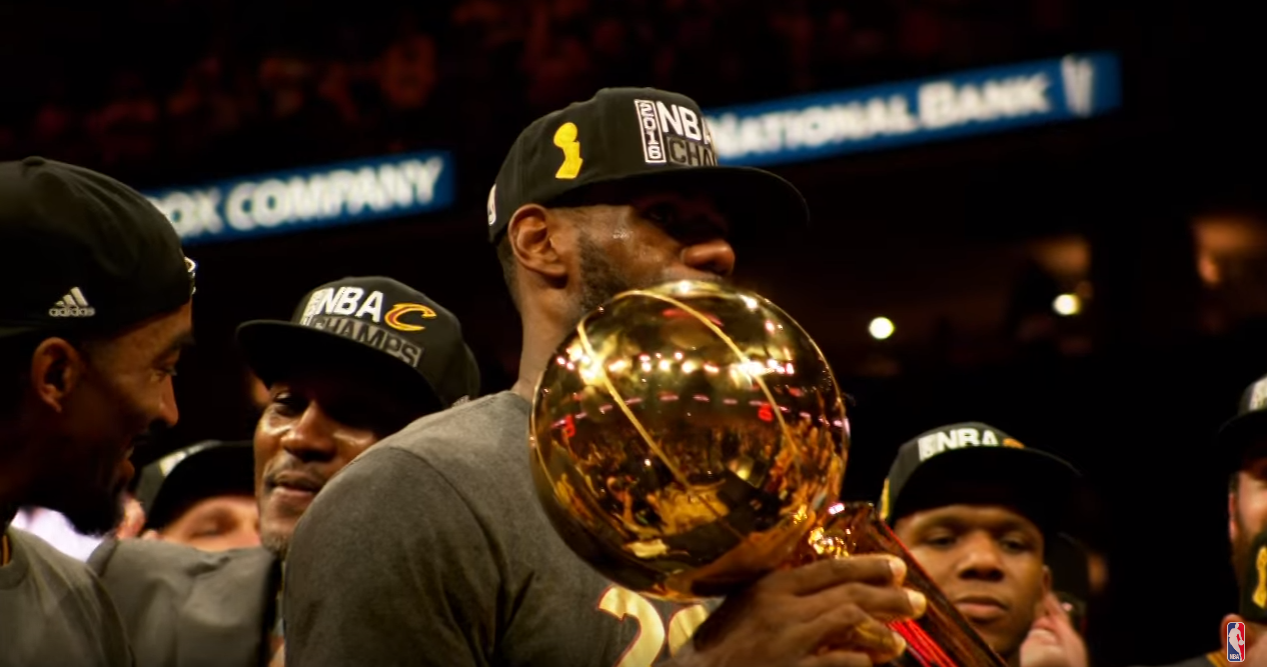 Write the narrative you choose – LeBron James delivered on his promise by bringing a championship to the Cleveland Cavaliers, the NBA opened the door for a 3-1 series deficit being erased by suspending Draymond Green for Game 5, Stephen Curry consistently shrunk in the biggest moments of the Finals, or, even, we witnessed the rise and superstar status of Kyrie Irving over these seven games.

The end result of a strange but long series was a 93-89 win for Cleveland, winning a championship in the process of defeating the 73-regular-season-win Golden State Warriors. James put up a 27-11-11 triple-double, and Irving drilled a go-ahead three late in the fourth quarter to give the Cavaliers a lead they never relinquished. This helped shape the ending of what was a physical and ugly Game 7.

The struggles didn’t end there. Festus Ezeli was utterly horrid in his starting role, giving Golden State nothing to begin both the first and second half. He was also inexplicably plugged back into the lineup during fourth quarter crunch time, and in his limited action, he managed to foul James on a three when the Warriors were up four. James drilled all three free throws. A free agent to be with Ezeli, Harrison Barnes, went 3-10 for 10 points, capping off a three-game nightmare stretch.

But Ezeli and Barnes were never going to win Game 7 for the Warriors. With Green’s gigantic effort, it was as if he was waiting for Curry or Thompson to join the party, to help him put the final touches on a glorious repeat. But when it mattered most, the Splash Brothers didn’t answer, their threes clanked off the rim or backboard, and Golden State’s push to be one of the greatest single season teams of all time slipped away.

The Warriors are, and throughout this season, were, great beyond words. But dropping a Game 5 and 7 at home in addition to blowing a 3-1 lead will define this season as much as if not more than the 73 regular season wins. In addition, Curry will have to deal with struggling severely when it mattered most. He won a title last year and still had some awesome playoff moments, so it’s not as if he deserves any negative labels, but the 2016 NBA Finals were not a beneficial stage for Curry. He didn’t resemble the back-to-back MVP we’ve grown used to watching.

For the Cavaliers, let’s not dismiss the importance of what occurred in Game 7 by solely attributing the win due to Golden State’s issues. Not only did we have James delivering on his aforementioned promise, we had the culmination of a team forming and improving over the course of the season. This was not an easy ride for Cleveland. It wasn’t that long ago when they fired David Blatt, and the whole “does Kevin Love fit?” question is still a question even after the title result. But with James and Irving putting the team on their backs in addition to vital contributions from the likes of Tristan Thompson, Cleveland was able to do enough to bring home the hardware.

A promise is delivered. A chance for a repeat is out the window. And, without speaking too soon, the likelihood of these teams meeting again in the Finals next year remains strong. Until next year, goodbye, basketball fans.