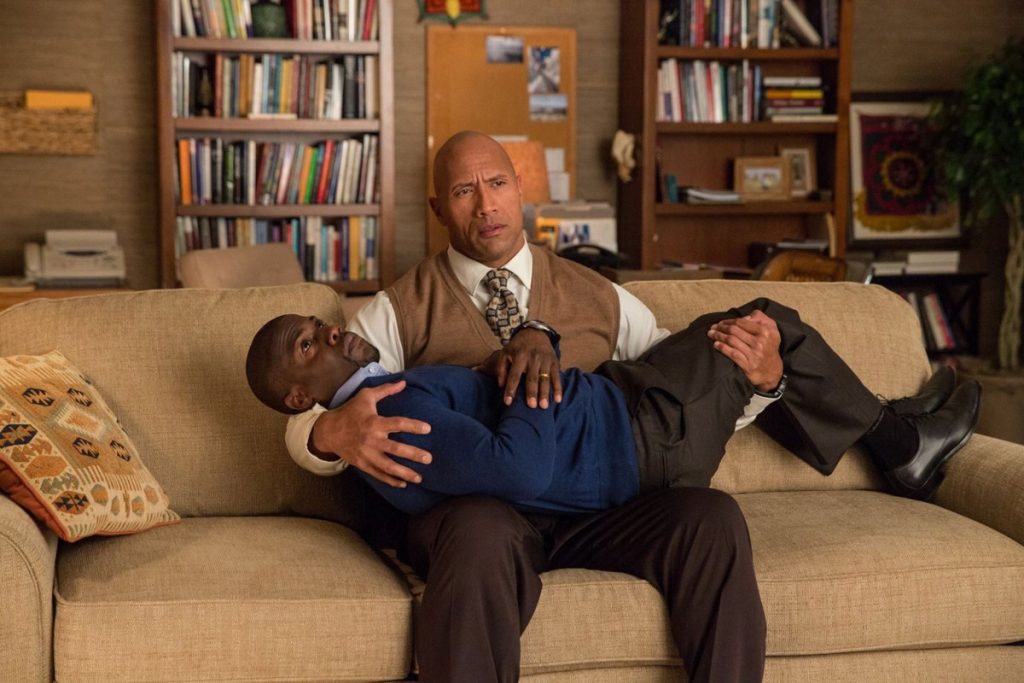 Kevin Hart has had his share of buddy-comedy flicks, which were mostly misfires, and Central Intelligence is his latest effort. This time around, he’s teaming up with Dwayne “The Rock” Johnson, and the director’s seat is filled by Rawson Marshall Thurber, who’s taken on the bully theme before with Dodgeball: A True Underdog Story.

Hart plays Calvin Joyner, an accountant that used to be the man in high school, and Johnson plays Bob Stone, a bullied nerd in high school that grows up to be a behemoth C.I.A agent. The script isn’t ground-breaking, but it does  allow for Hart and Johnson to flex their chemistry. There are some memorable pop culture references, which include Breaking Bad and Goodfellas, that make the film more entertaining than it should be, and tons of moments between the two leads that are so stupid they work. In terms of action, it’s solid for what it is. The flick delivers some intense physical comedy at times, but Hart and Johnson are really what make this flick enjoyable.

Calvin, played by Hart, is a former homecoming king and all-around popular high-school kid that feels like he never reached his potential as an adult. Hart turns in an expectedly good comedic performance, and although it can’t be distinguished from anything he’s done before, Hart is definitely having fun. Johnson exercises his comedic talents very successfully as Bob Stone, a big kid that loves Sixteen Candles, unicorns, and beating up bullies. Not to mention, he’s also a badass C.I.A agent. The rapport built throughout the flick between Hart and Johnson is better than the film itself. This is without a doubt Kevin Hart’s best pairing yet.

Central Intelligence is an exceptional entry into the action buddy-comedy genre. It’s definitely not the best action buddy-comedy film this year, that title belongs to The Nice Guys, but it’s a good, mindless time at the movies. Check your brain at the door and eat some cinematic junk food. Watch Johnson beat up some baddies, wearing a unicorn t-shirt, and Hart freaking right out by his side. You might even quote a line or two after it’s over.