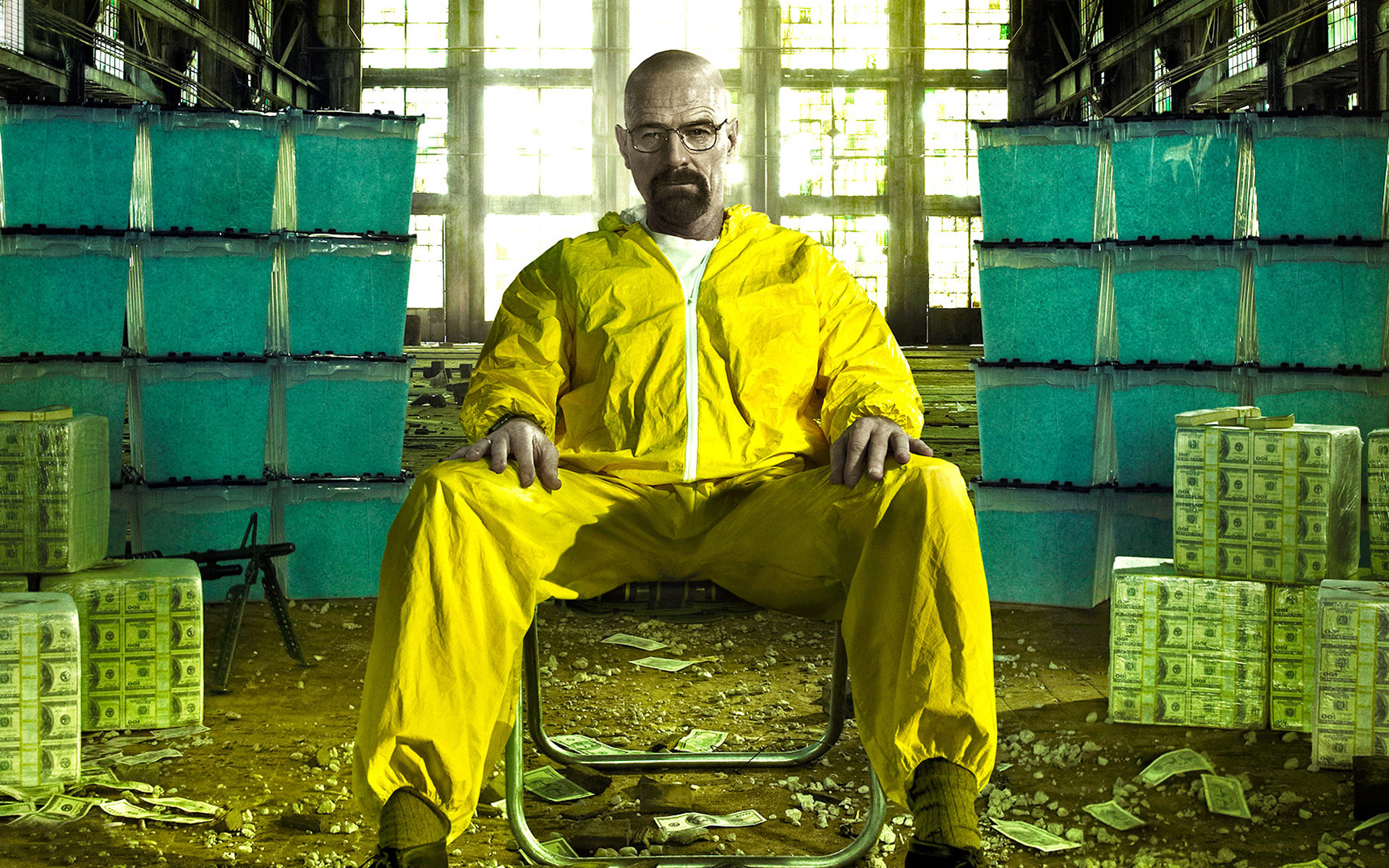 Breaking Bad is my second favorite show of all-time. It comfortably sits behind The Wire and in front of Seinfeld. It’s a common selection for top-five type of lists and has a reasonable claim at the mountain peak. For the purposes of this article, I’ll discuss what makes Breaking Bad legendary and entitled to all-time best consideration.

No show has produced a better duo than Breaking Bad. Walter White and Jesse Pinkman go together like light blue and addictive drugs. Peanut butter and jelly simply doesn’t have a place in the context of Breaking Bad.

In Walter, we had the ultimate display of character development. He was a pitifully passive and cowardly teacher at the show’s beginning. He morphed into an unrelentingly savage and masterminded drug lord in the end. Bryan Cranston horrified audiences as Walter with his cold decisions. Who was the frequent recipient of those icy moves?

One man: Jesse Pinkman. He was the youngster component of this distorted father-son relationship. Blessed with a kind heart and tormented by a gripping addiction, Jesse experienced a range of emotions during Breaking Bad. With a seemingly out-of-body reliance on Walter, Jesse could never fully stray from his elder. This created tension. It caused chaos. They killed for each other. They tried to kill each other. And, in the end, Walter came back for Jesse. They had an unforgettable journey.

There’s no need to dive deeper. Nearly every Breaking Bad fan fell in love with this twisted duo. What else gives Breaking Bad points as an all-timer? Creative leadership. That encompasses script writing, direction, plot development, and so on. Vince Gilligan and his team gave Walter the words. Saul Goodman, Gus Fring, Mike Ehrmantraut, and all the other Breaking Bad icons would be nothing without creative leadership. When the ratings were modest at the beginning, when they were through the roof in the end, Gilligan maintained his brilliance.

Breaking Bad also deserves rare props for its sheer entertainment value. When did the storyline lag? What season stands out as that forgettable, black sheep run of episodes? What cheap shots or unrealistic directions did Gilligan drop on the audience? The storyline was a perfect roller coaster. Each season was monumentally satisfying. Nothing unfairly altered the fan experience. The deaths were fitting. Walter’s descent into evil depths was drastic, yet appropriate. It was enchanting to watch week-to-week. It’s equally amazing with a binge.

On its own merit, Breaking Bad had a historically memorable duo. It’s artistic vision was profoundly strong. The show never lagged or fell of the tracks. What’s more, the cast, from major to background characters, was sharply powerful.

Let’s briefly compare Breaking Bad to three other greats. It doesn’t have The Wire‘s scope. It lacks the mesmerizing fantasy world of Game of Thrones. As high as Walter stands in TV lore, his run was only made possible because of The Sopranos. Without Tony Soprano, there isn’t a Walter White.

It’s subjective at this point. There’s no concrete data indicative of which shows are the most outstanding. What Breaking Bad possesses over all of these shows, though, is unparalleled consistency. This is the result of all of the above.

The Wire fell of during Season 2. It ended oddly with Season 5’s odd story trajectory. The Sopranos took its time to get rolling. It arguably had the least satisfying finale in entertainment history. Game of Thrones, for all its wonders, often goes two or three episodes with fan-favorite characters going unseen. It’s narrative can be argued as too sprawling.

Breaking Bad had flaws of its own, of course. But nothing was as egregious as the errors committed by its counterparts. Breaking Bad‘s case remains equally strong compared to any show. It’s probably less flawed than all of them. What’s the point of this article, after all my rambling? Here’s the punch line: if you say Breaking Bad is the best show of all-time, you’re perfectly sane, and might actually be right.