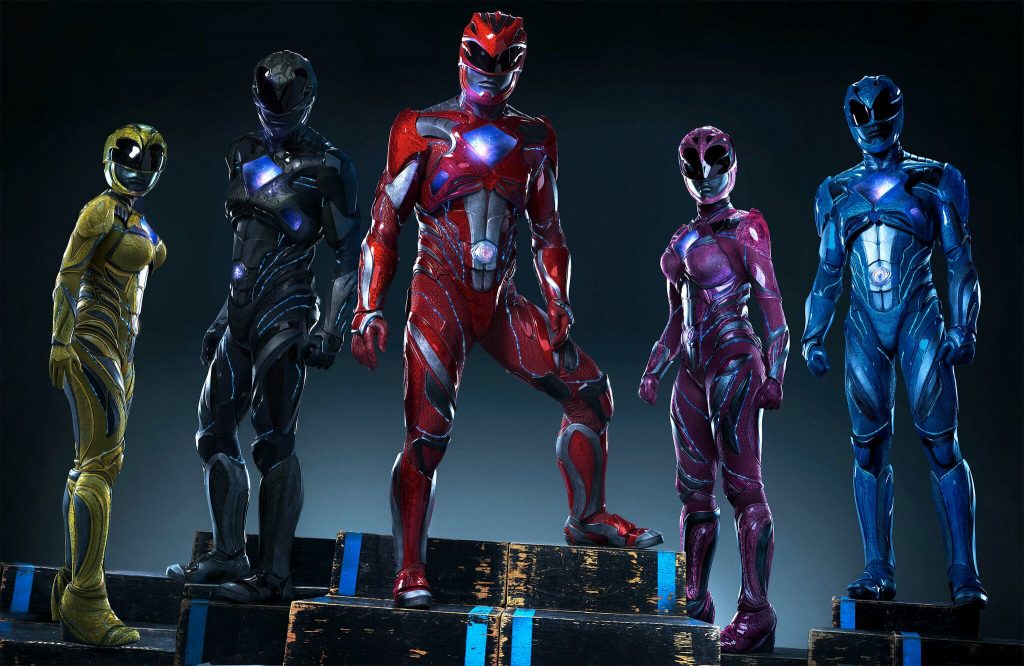 The Power Rangers are a pop culture phenomenon that started in the 90’s as a corny, action-packed TV show with endless whoosh sound effects and horrible acting. Director Dean Israelite attempts to take the team to the big screen the right way with Power Rangers. The film stars Bryan Cranston, Elizabeth Banks, Bill Hader, and a cast of upcoming young talent.

Before you call this a cash grab, which it is, you have to admit that this is a decent take on the Power Rangers mythos. It improves on every single aspect of the 90’s TV show, which isn’t too difficult, and manages to be entertaining. Having said that, it loses steam right before the third act and never really picks up again. Once it’s morphin’ time, the action just doesn’t deliver after all the build up. It’s just an effects-driven mess, although not on Michael Bay’s level. If you were a fan of the 90’s TV show, you’ll feel an odd mix of nostalgia, followed by the sudden urge to cringe. Its like the kid you used to be wants to come out and cheer, but is way too embarrassed.

Now, the first half of Power Rangers works because it is indeed the Breakfast Club with superpowers. There’s actual character development for the five heroes, and they’re portrayed well by the young stars. Unfortunately, this film doesn’t know what it wants to be because when the film kicks into action-mode, the cheese hits the fan. The film slips from it’s strong start to give us corny one-liners the TV show is known for, and Elizabeth Banks as a scenery-chewing Rita Repulsa, who is clearly having a good time. The acting from the rest of the cast is more grounded.

Dacre Montgomery as Jason, the Red Ranger, gives a motivated performance as the leader of the group, and RJ Cyler as Billy, the Blue Ranger, shines as the nerdy character, dealing with autism. The rest of the rangers also put in solid work, but these two are the standout performances of the team. Becky G, Naomi Scott, and Ludi Lin are all given their moments to shine, and help us invest in their characters. Bryan Cranston as Zordon is interesting for being a head on the wall, and Bill Hader is actually likable as Alpha 5.

Power Rangers is a decent flick with surprising character development, nostalgic moments, and a big push for Krispy Kreme donuts. It’s more serious in tone, and way more realistic than the 90’s TV show, but it’s not quite sure what it wants to be. However, it’s entertaining, especially if you were a fan of the original TV series.