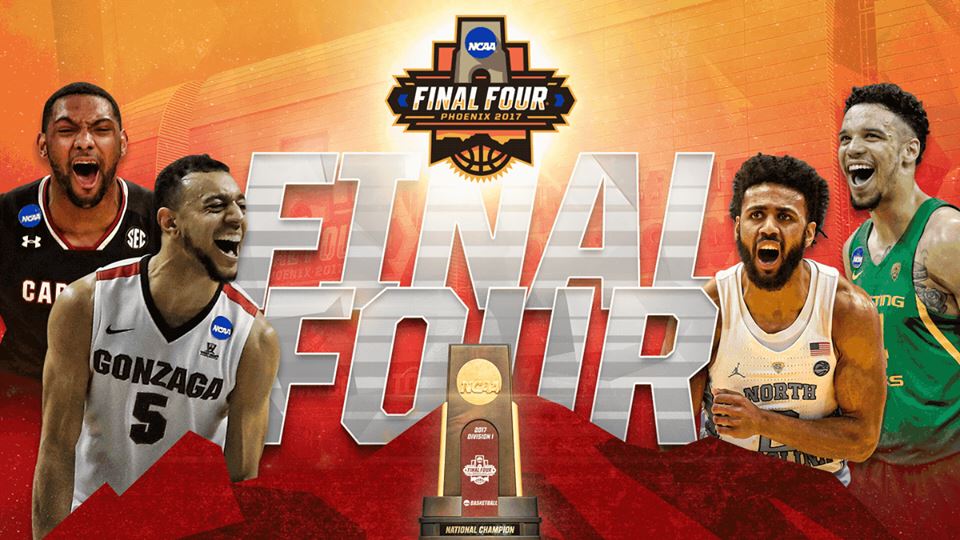 If you’re like me, and if we’re being honest, you probably aren’t like me, but let’s role play for a second, OK? Nothing kinky, just some tame stuff that will set the scene. If you’re like me, that means that you’ve been watching the NCAA Tournament with an eye constantly on which of these collegiate athletes will eventually be playing 82 games (or something close to that depending on their teams stance on resting players) in the NBA.

Now here’s something I find awfully interesting … there is a very strong possibility that the eventual Most Outstanding Player of the 2017 NCAA Tournament won’t be a lottery pick in this June’s NBA Draft, or any NBA Draft in the future. It’s almost equally possible that not a single one of the 20 players in those four starting line-ups will be a lottery pick at any time.

At first glance it seemed awfully peculiar to me that this Final Four could be void of any single lottery worthy talent. Please note the wording, “Lottery worthy talent.” This Final Four features Conference Players of the Year from the SEC (Sindarius Thornwell), WCC (Nigel Williams-Goss), Pac-12 (Dillon Brooks) and ACC (Justin Jackson). Yet, the only player who, based on what various Mock Draft websites would tell you, will have a chance to be selected in the Top 14 in the 2017 NBA Draft is Gonzaga’s Freshman sixth man Zach Collins. If this is the case, that means that based on the history of late 1st round/2nd round drafting, we’re more than likely never going to see any of the players in this Final Four starring in the NBA.

Thornwell, Brooks, Williams-Goss and Jackson are all very talented basketball players; far more talented than you or I are at the game of basketball. But none of those four are mind-blowing athletes by NBA standards, or underclassmen, or resemble anything right now other than what they will likely to be in the NBA. They don’t boast the kind of resume or ceiling or immediate upside as Lottery locks like Lonzo Ball, Malik Monk and De’Aaron Fox, Markelle Fultz, Josh Jackson, etc. And that’s fine. It doesn’t mean the Final Four won’t be entertaining or dramatic; even as a hardened and passionate “NBA > NCAA” defender, I’m anxiously awaiting the three final games of the College Basketball season.

It both surprises and fascinates me, since the NCAA is essentially just a feeder system for the NBA, that our eventual National Champ would be one that exists without a sure-thing pro prospect. Prior to doing any real, concrete research, I was inclined to believe that this year’s Final Four was an outlier more than the the norm. To my surprise, there wasn’t a whole lot of truth to that assertion. Only nine of the last twenty MOP’s have been lottery picks, and just three (Carmelo Anthony, Emeka Okafor and Anthony Davis) have been a top three pick.

The previous four MOP’s have been woefully underwhelming. Luke Hancock of Louisville and Ryan Arcidiacono of Villanova have combined to score as many points in the NBA as I have, and the two others, Shabazz Napier and Tyus Jones, will be nothing more than career back-up Point Guards. If you want to take the time machine back twenty years, you’d see that Miles Simon and Jeff Sheppard went undrafted and scored only 42 more combined points in the NBA than me. The moral of this story is that I’m pretty sure I could play in the NBA … and maybe NBA talent not being a necessity for a team to win an NCAA Championship.

It’s especially interesting how now, in the age of One and Done’s, the last four MOP’s have been non-lottery talent, and three of the last four National Champions didn’t have a single player on their roster that was selected in the lottery of the NBA Draft. Does that suggest a large-scale trend in college basketball, or is this, as I expected, just an anomaly or an outlier of some sort? My guess is that unless college teams are profoundly loaded with Freshman talent (I’m talking about the likes of Kentucky in 2012 and Duke in 2015), we’ll begin to see veteran teams that have a year or two or three of experience playing together winning National Titles, outclassing the youngsters that are “in school” for nine months before they can take their talents to the NBA. This year is a good example: a very seasoned North Carolina squad is the current Vegas favorite to win the National Title, and they got to the Final Four by dispatching a young and loaded Kentucky team that features three Lottery prospects.

Don’t get too comfortable assuming that Carolina will roll to a Title and cut down the nets this Monday Night in Phoenix, Arizona. As we’ve seen time and time again, this whole March Madness thing is nothing but a guessing game. Whenever we think we have an answer, the College Basketball Gods pull a Rowdy Roddy Piper and change the question. South Carolina’s out of nowhere quest to reach the Final Four is as improbable as any tourney run I’ve seen. Oregon has the two best big shot takers and makers left in the tourney, and they’ve summoned another rim protector out of thin air in Jordan Bell after Chris Boucher tore his ACL. Gonzaga has reached the Final Four after fifteen-plus years of flirtation with Mark Few’s most well-rounded team to date.

Even more so than having a Final Four that is stacked with NBA talent and the blue bloods of College Basketball, I’d rather watch one that is completely and totally unpredictable. Just because this tournament has been so blatantly random thus far, I’ll go on record and say Oregon defeats Gonzaga in the National Championship game, and self-proclaimed “Mr. March” Tyler Dorsey is named Most Outstanding Player.