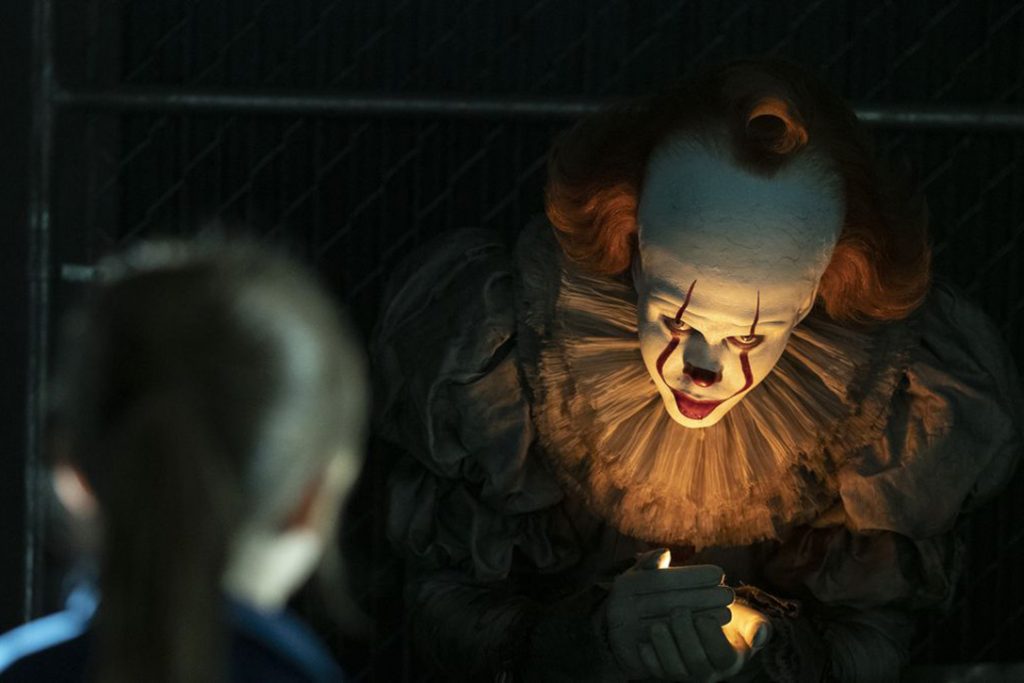 Fortunately, we didn’t have to wait 27 years for the sequel to the highest-grossing horror movie of all time. The Losers gang is back together in Derry as adults after they hear that a certain clown is back to terrorize the neighborhood. Andy Muschietti’s It Chapter Two is the epic finale, pitting our aged heroes against the eater of worlds and poster boy of fear. An all-star cast is brought together to take the story home, including James McAvoy, Jessica Chastain, Bill Hader, Isaiah Mustafa, Jay Ryan, James Ransone, Andy Bean, and of course, Pennywise himself, Bill Skarsgard.

Narratively, the film feels too simple. We get an inkling of insight into what each Loser is doing in adulthood, but the movie gets them to Derry quickly after that. Once we’re there, Muschietti follows a pattern that has each Loser member retrieve a “token” for a ritual. This is where the film feels bloated, as the sequences are all lined up, allowing plenty of Pennywise time. What made the first films scarier is how sparingly the evil clown is used, which means each appearance held more weight and menace. The jump-scares and transitional architecture are masterful, but there’s too much of the same for a long period of the film. Thankfully, it doesn’t move at a slow pace at all, and the performances are spot-on.

Once again, the CGI allows Pennywise to be even creepier than ever. The clown presents some nightmare fuel, bringing some monsters back from the first film and introducing some new ghouls. Muschietti knows how to build tension in a scene, as well as catch you off-guard with jump scares. And the man does it creatively, so it’s not your run-of-the-mill slasher pop-ups. At his best, Muschietti creates the scare scenes like a dream-like horror carnival walkthrough that taps into the abstract. Yes, there’s some CGI that looks weak, but it’s few and far between. Not to mention, de-aging effects are used on the flashbacks for the kids, and they look decent for the most part. However, tweaking their voices doesn’t always work out so well. 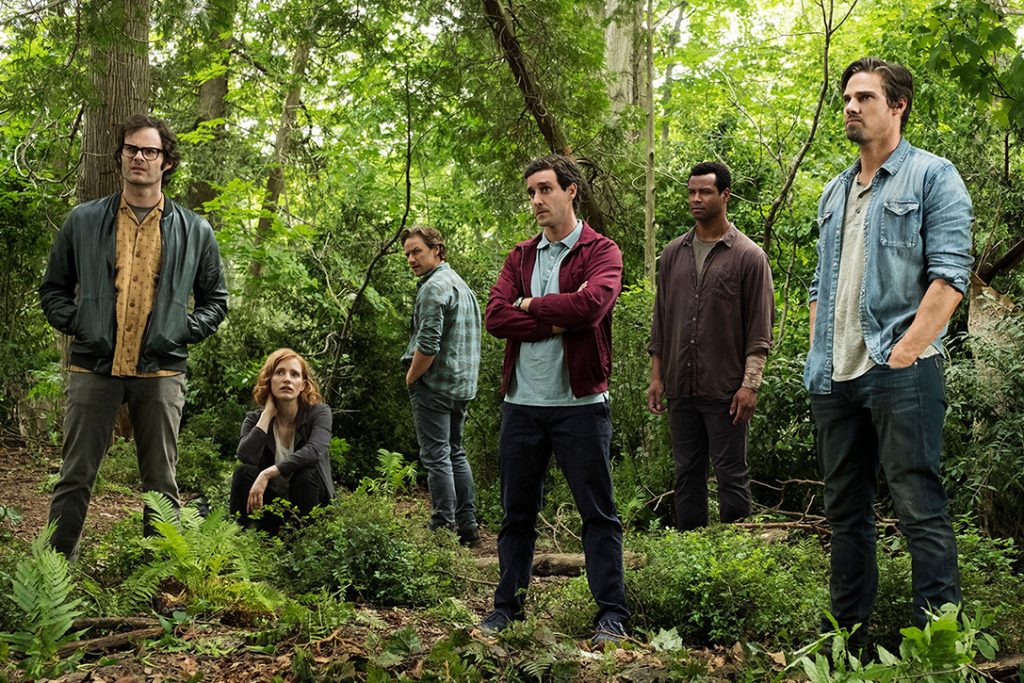 Bill Hader as Richie “Trashmouth” Tozier knocks it out of the park and into the stars with his performance. Not only does he capture the wise-cracking nature and blunt sarcasm of the younger Richie, but he also brings depth to the character, showing his dramatic range. Hader steals every scene he’s in, and that’s quite a feat acting alongside the likes of James McAvoy and Jessica Chastain, who are both incredible in this movie as well. All of the adult Losers are cast perfectly. McAvoy as Bill still shines as the leader, Chastain plays Bev with a natural blend of vulnerability and confidence, and James Ransone playing an older version of Eddie captures the character’s paranoid mind. There are no weak links in the cast, and each one makes you care for them.

Once again, the kid versions of the Losers deliver committed performances. They all appear in flashbacks in scenes that aren’t in the first film, and all of the young actors slip back into their roles with ease. And then there’s Bill Skarsgard as Pennywise the Dancing Clown. Skarsgard is creepier than ever, drooling and dancing his way underneath your skin. He has more screentime in this film, and we get to see him have some diabolical fun with his prey. The visual effects are pretty solid, but when it’s just Skarsgard being devilishly eerie as Pennywise, the movie is more interesting.

It Chapter Two is a fitting finale to the Derry nightmare. The entire cast brings their A-game, making up for a long runtime with some repetitive scenes and an ending that overstays its welcome. What Muschietti does nail is the camaraderie of the Losers’ Club. In a world as evil as the one we live in, it can be worth the journey if you have a group of friends that have your back even you feel trapped in endless darkness. True friends spark the fire of your inner spirit and that’s what the members of the Losers’ Club do for each other when trapped in Pennywise’s world. They live in each other’s hearts, which gives them the potential to be invincible from complete hopelessness.