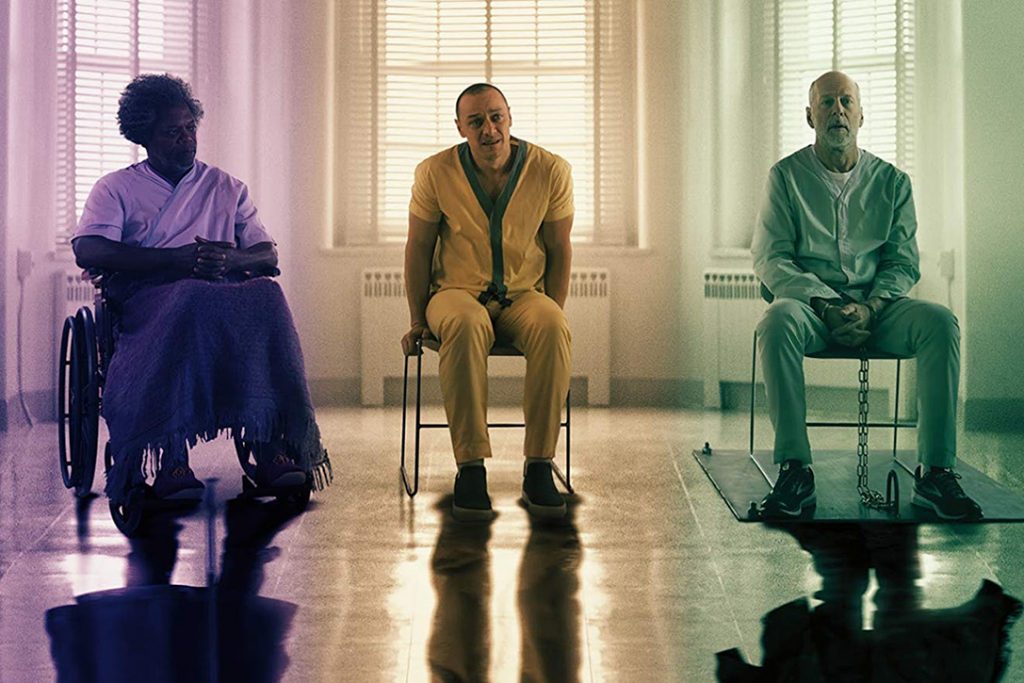 With Split, director and writer M. Night Shyamalan made a comeback of sorts, rising from the ashes of his poorly received films to bathe in Hollywood’s spotlight once again. Glass is his highly anticipated sequel to Split and Unbreakable, as he circles back to a couple of his most beloved characters. Bruce Willis is back as David Dunn, Samuel Jackson reprises his role as Elijah Price aka Mr. Glass, and James McAvoy is in full-force as Kevin and his horde of personalities.

There’s plenty of prime Shyamalan moments in Glass to praise, especially with his selection of shots and clean editing. The action scenes are gritty and believable, as the superpowers presented aren’t over-the-top. He’s never flashy, employing a subdued, realistic style with a color-coded palette to highlight the good, the bad, and the Beast. Shyamalan further explores a world with realistic superhuman beings, but he doesn’t really give his trio of main characters endings worthy enough to make an impact.

Ultimately, Glass is underwhelming because its third act and the big reveal isn’t as important as Shyamalan may think it is. Perhaps in the early 2000s, this would’ve been a more impactful finale, but it simply doesn’t hold up. The film opens up strong and continues to hold your interest in the slower second act at the psychiatric ward, but the story falls flat by the conclusion. With too many holes in a certain character’s plan and a randomly inserted group we know nothing about, the film truly gets derailed. Having said that, the movie still holds up well thanks to the performances. 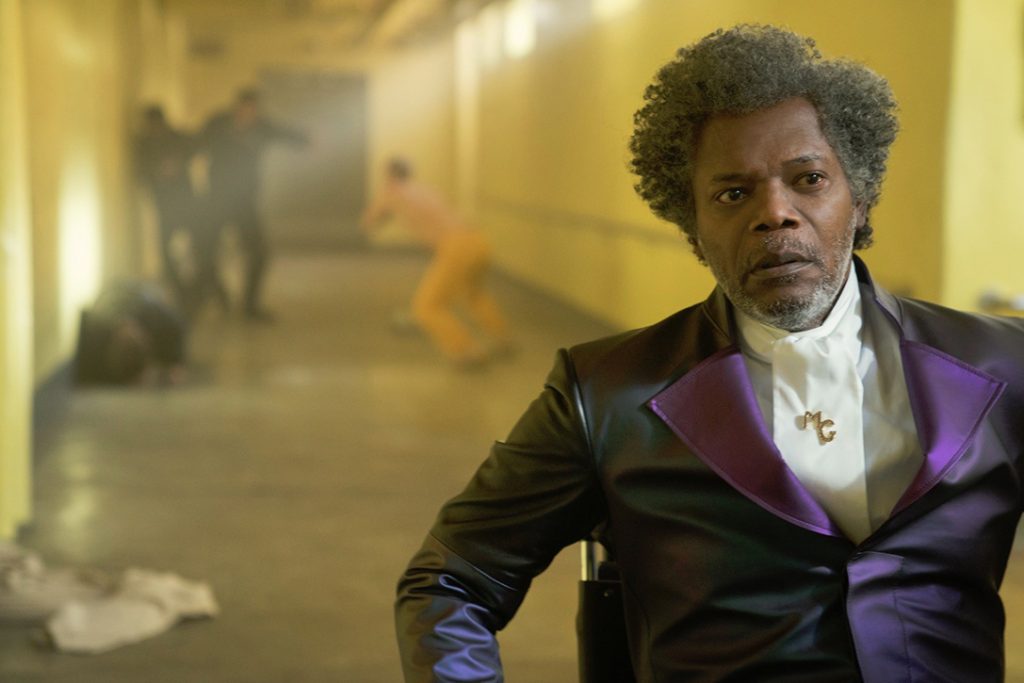 Bruce Willis is back as David Dunn, the real-life superhero known as The Overseer. He runs his own home security company with his son and goes on “walks” to patrol the city and track down criminals. Willis provides a subtle, controlled performance, but he just isn’t given much to work with in the movie. The same goes for Samuel L. Jackson as Mr. Glass. Jackson is wonderful in the role, but he feels like a side character in a film with his name on it. The relationship between Dunn and Price isn’t even really fleshed out more in this movie, which is a shame, because of the development of their relationship in Unbreakable. They’re both friends and enemies, but Shyamalan doesn’t touch on their complex relationship.

James McAvoy is phenomenal in this film, as he rotates through more characters than he does in Split. All of them feel genuine and his transitions from character to character are seamless, making it a joy to watch him work. There’s also more of The Beast in this film, as expected, and McAvoy’s portrayal is vicious, as his eyes widen like a maniac and he spreads a smile on his face sharp enough to make you shiver. Now, what they did with Casey Cooke, played by Anya Taylor-Joy, and Kevin felt natural, but again, it just wasn’t explored enough. Taylor-Joy is a wonderful actress, but she feels underused here.

Glass starts off as a thrilling action piece, transitions to a psychological drama, and ends with a deflated finale that’s hard to care about. Of the three characters, Kevin and his horde of personalities get the most noteworthy arc. At the end of the day, Glass is still watchable because it’s a nice break from the flashy, big world-building superhero movies Marvel produces. Shyamalan has completed his unique take on the concept of heroes and villains actually existing in the real world, and although the third film is clearly the weakest, the ride altogether was still one I’d take again.