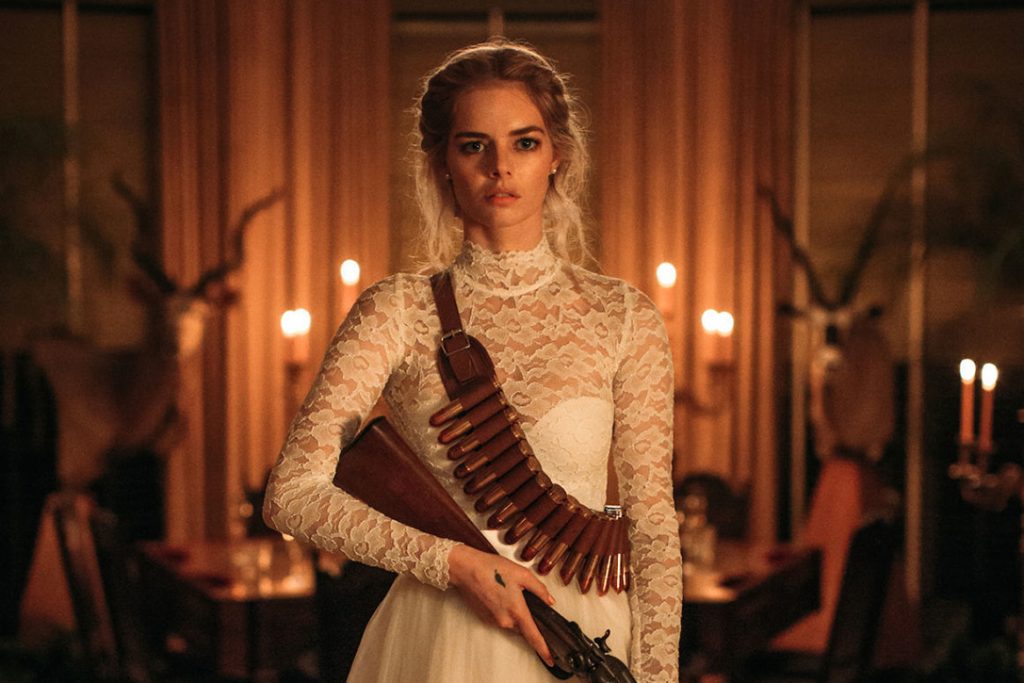 Ready or Not (Mythology Entertainment)

Marriage, as with other traditions, can be dangerous. Directors Matt Bettinelli-Olpin and Tyler Gillett deliver a worthy addition to the horror genre with Ready or Not, a film about a sinister post-wedding-ceremony tradition that pits a young bride against her new family in law. Samara Weaving is a breakout star in this dark comedy horror and she’s joined by a talented group of actors, including Adam Brody, Mark O’Brien, Andie MacDowell, and Henry Czerny.

Written by Guy Busick and R. Christopher Murphy, the Ready or Not screenplay is booming with blood and smart humor, taking bites out of the elite class. On paper, it sounds fairly ridiculous, and it is but in the best way possible. However, it does have an ending that requires you to keep an open mind. The bloody hide-and-seek game leads up to a satisfying final act that isn’t too surprising if you’re a horror fan. If you’ve watched Cabin in the Woods, this flick feels like one of its relatives.

You’re in a for a treat if you come into this movie with bloodlust. Ready or Not gushes with plenty of gory scenes. Some draw laughs, and others are just plain disgusting. The film has fun building tension and cracking jokes at the expense of the rich while raining red. Sometimes it doesn’t know what to do with its main character, but it gets to the finish line just fine and doesn’t lose a whole lot of steam thanks to its short runtime.

A Star is Born

Samara Weaving plays Grace, a beautiful bride who’s trying to keep up a perky smile to please her new family in law. But as she’s being chased by her new family wielding old school weapons, she taps into her primal side, as she’s reborn in chaos to try and survive the hellish night. A cinematic bride hasn’t looked this bloody since the Kill Bill movies.

The entire cast has a ball in this movie, but the standout of the wild bunch is Adam Brody playing Daniel Le Domas, who is the brother of the bride’s new husband. He’s filled with regret and battles it with heavy doses of sarcasm and alcohol. His brother Alex, played by Mark O’Brien, does a solid job as the son who doesn’t want the gaming dynasty throne. He’s the clear favorite in the family but wants nothing to do with their traditions. The rest of the actors fill their roles well, projecting these greedy, rich souls who will stop at nothing to stay on top.

There’s nothing new about Ready or Not, but it moves at a quick pace, has buckets of blood, and delivers sharp wit to keep you interested. Weaving plays Grace with a mix of charm and necessary insanity, allowing us to cheer for her, showing us she’s a rising star we shouldn’t ignore. This horror-comedy viciously annihilates the arrogant rich and famous while it delivers captivating performances in a campy setting. It won’t win any awards, but it’s definitely in consideration for the “Re-watchable Halloween Movies” list.