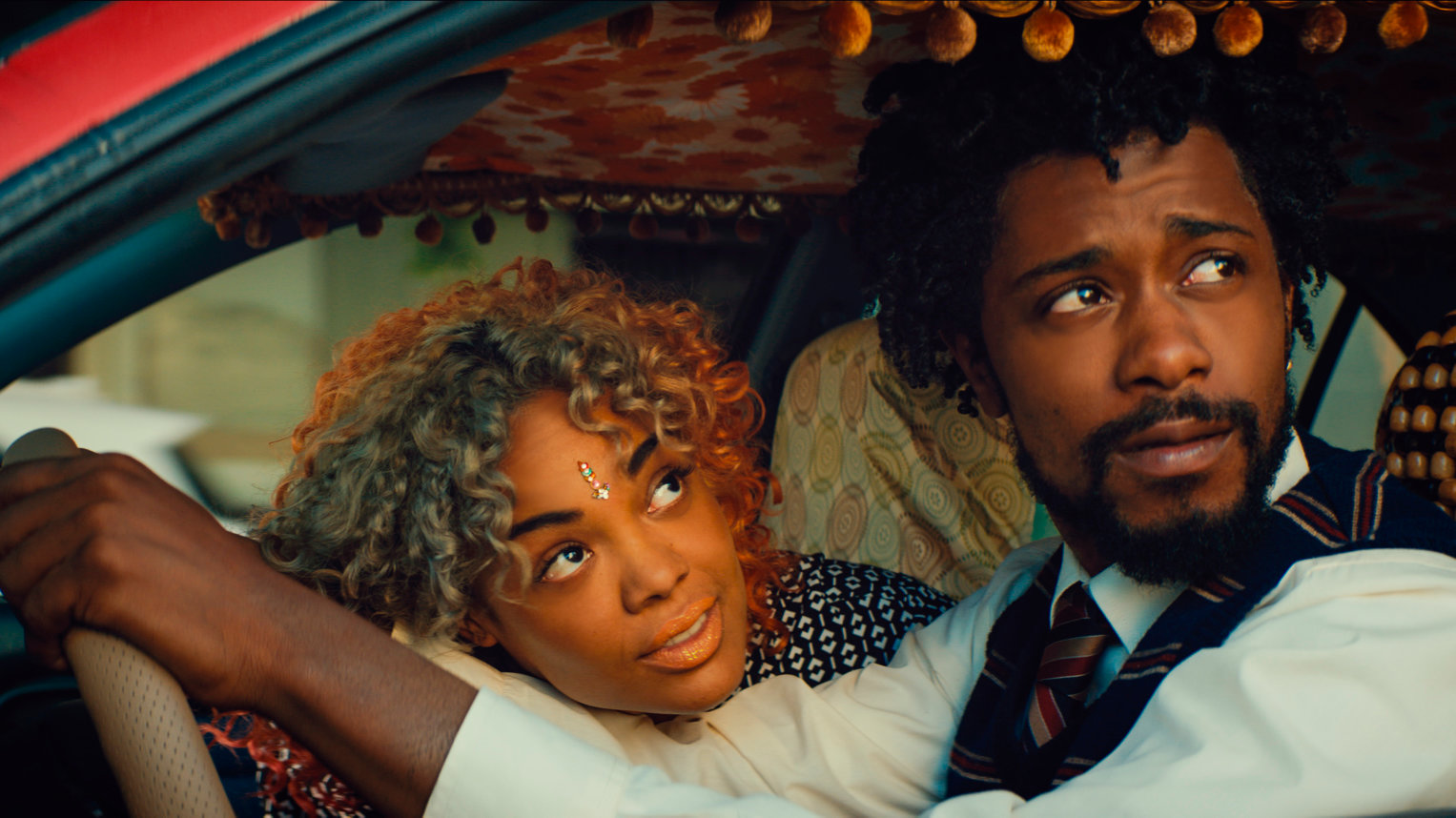 Sorry To Bother You (Annapurna Pictures)

Sorry To Bother You

The American Dream takes more than hard work to obtain, it also takes ignorance in this day and age, but does it cease to become a dream if that’s the price we pay? Director Boots Riley makes one helluva debut with Sorry To Bother You, a film set in an alternate version of present-day Oakland where hot-shot telemarketer Cassius Green is catapulted into marketing stardom where he finds himself confronted by complex moral dilemmas that will change his life forever. Lakeith Stanfield stars in this fresh film, and he’s joined by Tessa Thompson, Steven Yeun, Jermaine Fowler, Omari Hardwick, Terry Crews and Armie Hammer.

The screenplay, also written by Riley, manages to be grounded in reality, while still being ridiculously out there. It covers our serious yearning for purpose in life that seems meaningless if you think about it in the never-ending scheme of time and Cassius aka Cash, does find a purpose, yet he sacrifices a lot for it. The film questions whether or not that’s reasonable in today’s world that’s controlled by social media gods and where the practice of white assimilation is a necessity for success. Can we be who we are and still be successful or should we always wear masks? There’s so much in this screenplay to ponder about, and it’s all essential material, yet Riley manages to deliver it with a comedic twist that sticks so well in your dome to marinate.

Visually, this film is on point as well. There’s some inventive editing, especially with Cassius being transported to his clients’ locations. It also mixes in different tones pretty well, incorporating some odd, almost horrific elements of upper-class life. What makes it even more unique is that the film can almost come off as a cartoonized version of our world, yet it’s real enough to connect to on some deeper levels. In other words, this film is incrazible (yes, I made this word up, but every word is made up. Stay woke). 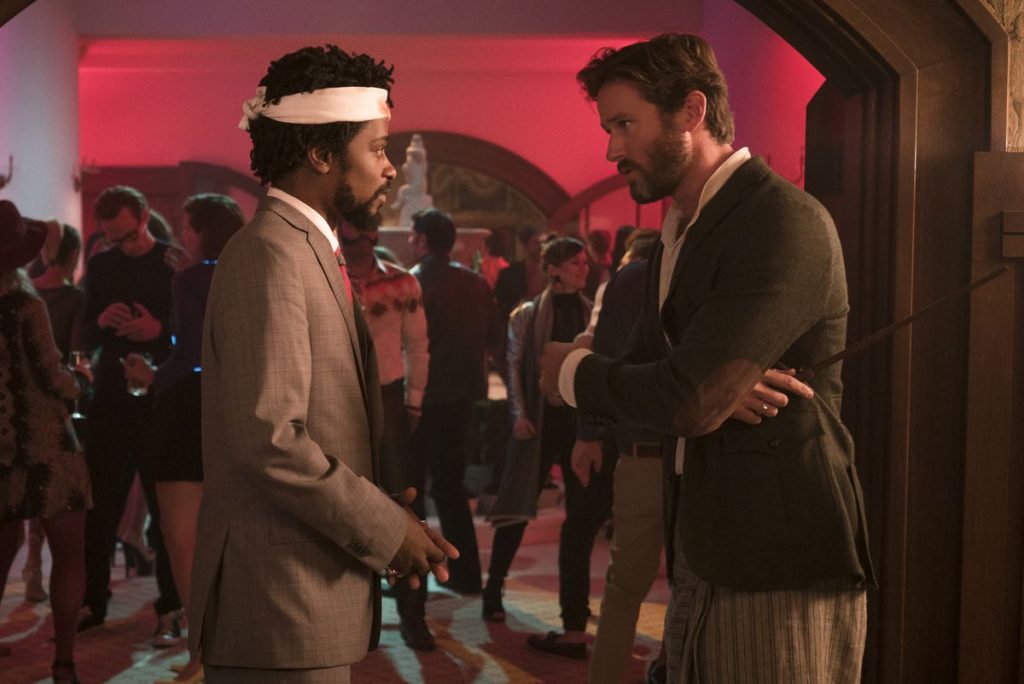 Lakeith Stanfield and Armie Hammer in Sorry To Bother You

Stanfield Is A True Talent

Lakeith Stanfield has always been super talented, just take a look at his performance in Short Term 12, but now we know that he can carry a film. Stanfield plays Cash very well, making him out to be this go-for-broke character that tries to keep it real. His struggle with the difficult, nearly impossible balancing act of keeping it real and climbing the ladder is something we can all relate to. This performance is one for the books and he deserves some awards. Cash’s love interest, Detroit, played by the lovely Tessa Thompson, is an artist that acts as his anchor and moral compass. She’ll tell it like it is and fight for this sense of the “greater good” that’s getting harder and harder to understand. Both definitely have chemistry and it’s evident right from their first scene.

As for the rest of the cast, they bring it as well, but a couple of them shine a little brighter. First, Armie Hammer plays Steve Lift, the CEO of Worry Free, a company that gives participants guaranteed housing and food if they sign a life-long labor contract. Hammer, as Steve Lift, is a downright despicable person, yet so charismatic that he sells this modern version of slavery like he’s the second coming. Then there’s Steven Yeun as Squeeze, who does a fine job playing the rebel leader of the telemarketers fighting for basic needs. There are also incredible voice actors, including David Cross, Lily James, Patton Oswalt and Forest Whitaker, who make this film work so well behind the camera.

What else can I say? Sorry To Bother You pumps creativity into your brain while you’re watching it and lets you ponder about life as a greed-fueled, scripted nightmare disguised as the American Dream. It depicts this never-ending battle between the haves and the have-nots and asks if the battle even matters because in the end, is there even a purpose in having a purpose?