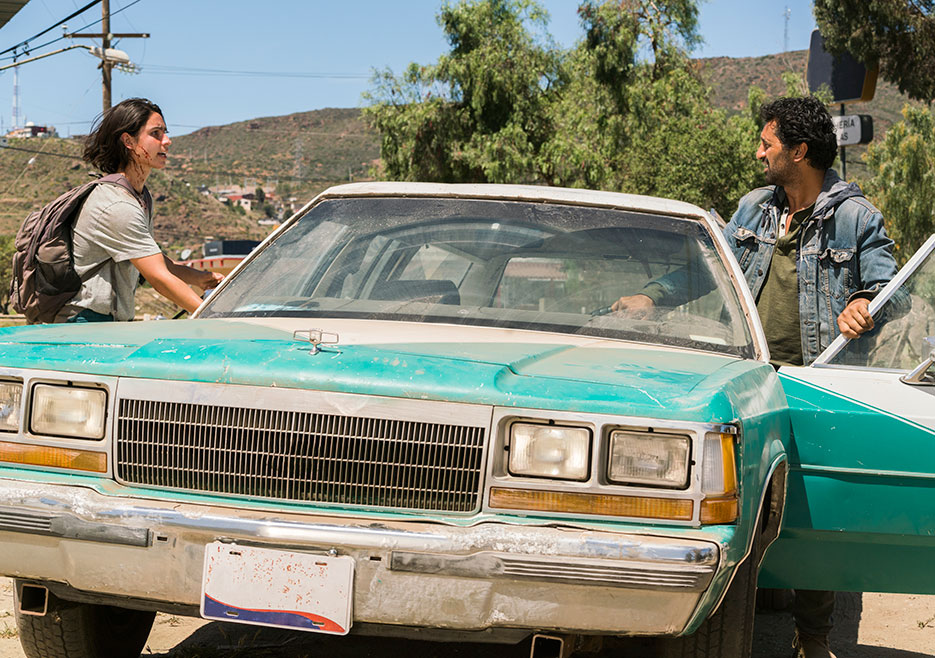 Fear the Walking Dead didn’t get any better this week. I’m getting tired of repeating that statement, but I keep holding on to the slightest bit of hope that at some point this season the show is going to turn itself around for the better. I’m sure that this false hope is also shared by the five other people who are still watching Fear the Walking Dead along with me.

The main problem is that Fear the Walking Dead is categorized as a drama. That is a problem because of its major lack of drama or any action at all. It is hard to create a sense of drama when the characters are so unlikable and the viewers don’t care what happens to them in the slightest. Alicia is probably the only character that I still care about and even her running around the hotel playing tag with zombies wasn’t enough to get me on the edge of my seat.

I don’t want to waste words reviewing every moment of this Fear the Walking Dead episode because it would be quite boring. I would just like to shout out the writers for creating the absolute worst characters that have ever been introduced on what is supposed to be quality television.

Travis and his still psycho offspring Chris are off on their own and run into a group of college age “bros.” These bros have to be the worst written characters of all time. It was like some middle-aged writers tried their best to tap into the youth of today and write some authentic dialogue they thought frat guys might actually say, and failed miserably. In fact, that probably is exactly what happened. Here are some of the words and phrases these new characters used throughout Fear the Walking Dead:

“More cushion for the pushin’.”

(The above phrases solidified for me that those characters have never actually had sex.)

“Tell me they’ve got weed growing in those fields.”

“Cash.” To describe something positive that happened, I think.

My personal favorite line came when they yelled “Protein bro!” After they opened a barn up and saw a bunch of chickens inside.

I hope that gives everyone a brief glimpse into the direction Fear the Walking Dead has been going as of late. It clearly won’t be able to bask in the success of The Walking Dead forever, and I can’t imagine the ratings will stop dropping any time soon. It has already been renewed for a third season, but unless something changes fast, I won’t be watching.