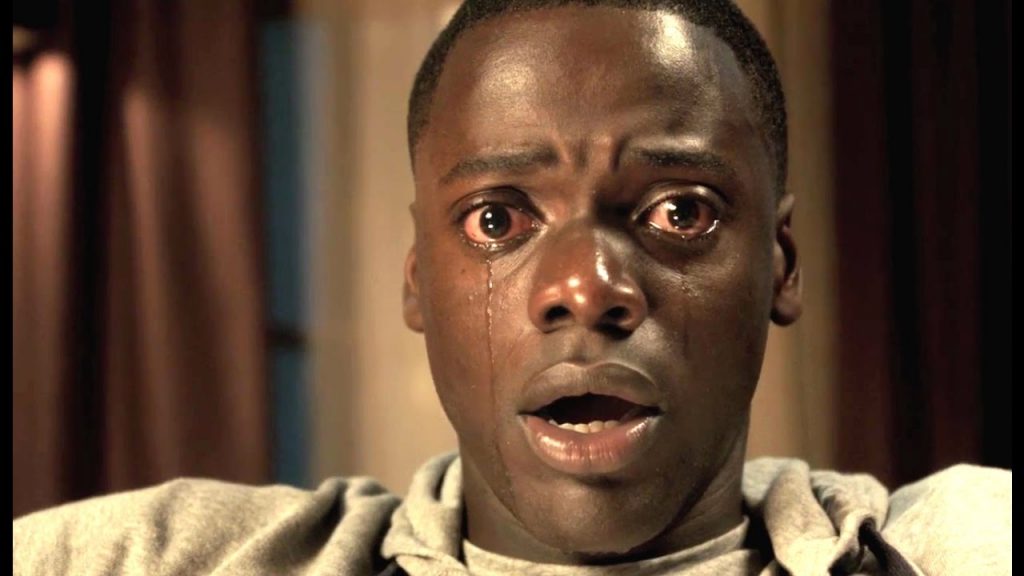 Get Out (Blumhouse Productions)

After a suspenseful opening scene that sets the tone of Jordan Peele’s Get Out, Childish Gambinos’s “Redbone” track bumps through the speakers as a forewarning; especially when the artist cautions us to “stay woke.” From there, you enter a creepy, meta, satirical cinematic world from the mind of a comedian. Get Out stars Daniel Kaluuya as Chris Washington, an African-American man that visits his Caucasian girlfriend’s eerie family estate. The film has a game cast that includes Bradley Whitford, Allison Williams, and Catherine Keener.

The script is a product of the twisted, hilarious mind of Jordan Peele, and is an entertaining take on passive racism and stereotypes. Peele shows a sense of patience for creating tension through atmosphere and the slow unpacking of details. Something always feels off, as everyone has a social mask on, protecting their personal agendas, much like people do in real life, and that’s where the horror of this film comes from.

Now, where the film goes is somewhat predictable (especially if you’re into Twilight Zone), and it does get a bit ridiculous, but Peele pulls it off with careful direction for the most part. Some scenes do feel off in tone, and others feel like they could’ve built up more suspense. There are also some potential plot holes, but they never become a distraction because the film is just too much fun.

Daniel Kaluuya plays Chris, an everyday, laid back guy and an aspiring photographer. Kaluuya makes a relative protagonist, and his intricate performance really works. We feel for the guy and the awkward situation he’s in, but when things kick into high gear, we’re devastated for him. Alison Williams, playing Chris’ girlfriend, Rose, turns in a solid performance in her debut feature film. Bradley Whitford, playing Alison’s father, Dean, and Catherine Keener, as Alison’s mother, Missy, are both wonderfully creepy in their respective roles. They’re never directly offensive, but they do hold a sense of envy and hate beneath the surface. The comedic standout in the film is Lilrel Howery, a TSA agent named Rod who is Chris’ best friend. Howery says things that you would say to the characters in a horror movie, breaking the tension every once in a while for a breather.

Get Out is an amazing film debut for writer and director Jordan Peele. His unique ideas are very welcome in Hollywood, giving us a break from the norm that’s churned out. It’s very relevant, especially in the time we’re living in. The movie is scary because of its portrayal of what racism has evolved into: a smiling face to show off sharp teeth.