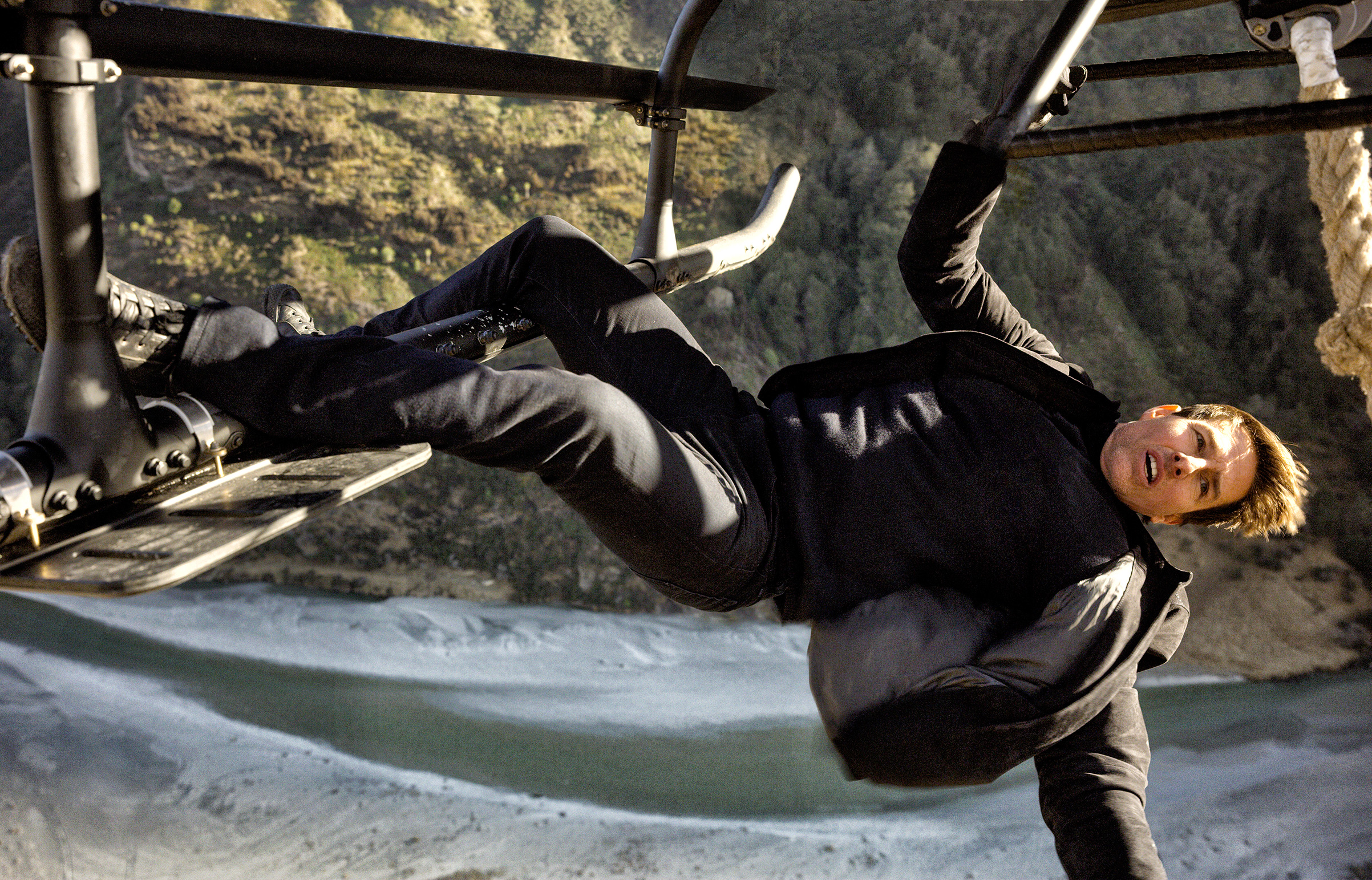 Usually, action film franchises get weaker with each new outing, but Mission Impossible decided to go against the grain, and do the…impossible. Director Christopher McQuarrie might have given us the best one yet with Mission Impossible: Fallout. Ethan Hunt is tasked with the mission of grabbing plutonium before it gets in the wrong hands, but there’s also a conspiracy that he’s been an undercover terrorist all along. There are many twists and turns in this one with action that is mind-blowing in the freshest sense of the phrase. Tom Cruise is back, along with Simon Pegg, Ving Rhames, Alec Baldwin, Angela Bassett, Rebecca Ferguson and Henry Cavill.

Fallout takes every generic action scene that’s been done to death and brings it back from the dead by raising the intensity level to 12 and showing us that Mr. Cruise is game for all of them. Seriously, Cruise does all of the stunts while staying in character, including a HALO jump, flying a helicopter, leaping across buildings and some slick motorcycle driving in Paris. All Henry Cavill did was grow a mustache. Scratch that, Cavill actually did plenty of the stunts as well, although his weren’t as insane. Now, the script is rather predictable and the story is run-of-the-mill, but they never treat it like it is, making the action work so well. So far, and I don’t think there’s a film that will touch it, this is the best action blockbuster this summer.

Even the hand-to-hand combat scenes are lively and hyper-real, but still gritty, making them a visual treat for slugfest fans. Actually, this might be the most bloody, rugged Mission Impossible flick yet now that I think about it. There’s even a restroom fight scene that rivals the one in True Lies with Arnold Schwarzenegger himself. Props have to be given up to Christopher McQuarrie for stellar direction, especially with every tension-filled situation that drags you to the edge and keeps you hanging there. All the scenes are captured with clean, steady shots so that you’re right in the thick of it, unlike other action films that are chopped to pieces. 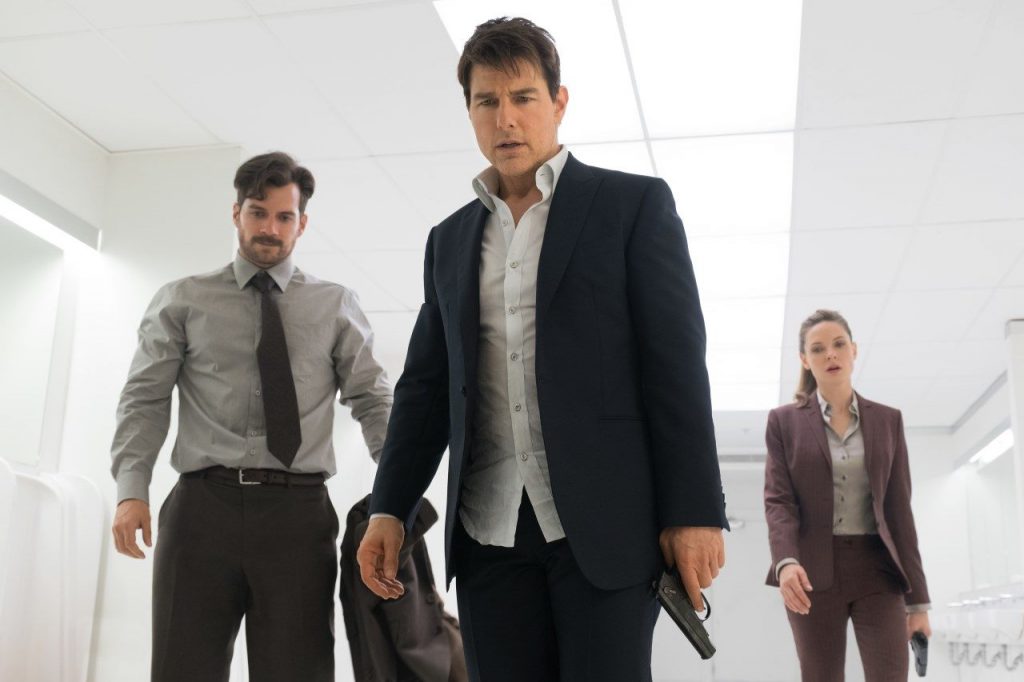 At 56, Tom Cruise keeps pushing the limits with incredible stunts that are genuinely breathtaking. Cruise delivers a complete action-packed performance both onscreen and off, never hitting cruise control, but rather stomping on that accelerator like a raging bull. Ethan Hunt is alive and kicking butt, and is wonderfully brought to life on celluloid once again, thanks to Cruise. Say what you will about his personal life and beliefs, but the man has got a pair of brass bowling balls and he can act to boot. He’s also surrounded with an ace supporting cast.

Speaking of supporting characters, Henry Cavill aka Supe, is very entertaining in the flick as Walker, an assasin asigned to Ethan’s team, and has some great exchanges with Cruise. For those wondering, the weird CGI lip he had in Justice League was worth it thanks to his role in this film. Again, Simon Pegg is wonderful as Benjie, Ving Rhames does his thing as Luther and the ladies, Michelle Monaghan, Rebecca Ferguson and Vanessa Kirby, stun in more ways than one.

Misson Impossible: Fallout is what summer blockbusters are all about. The franchise keeps getting better with every film, with the action being pushed passed our expectations into something dangerously grand. There will be a day that Tom Cruise will no longer be able to do all the crazy stunts in his action films, but today isn’t that day. Keep em coming.