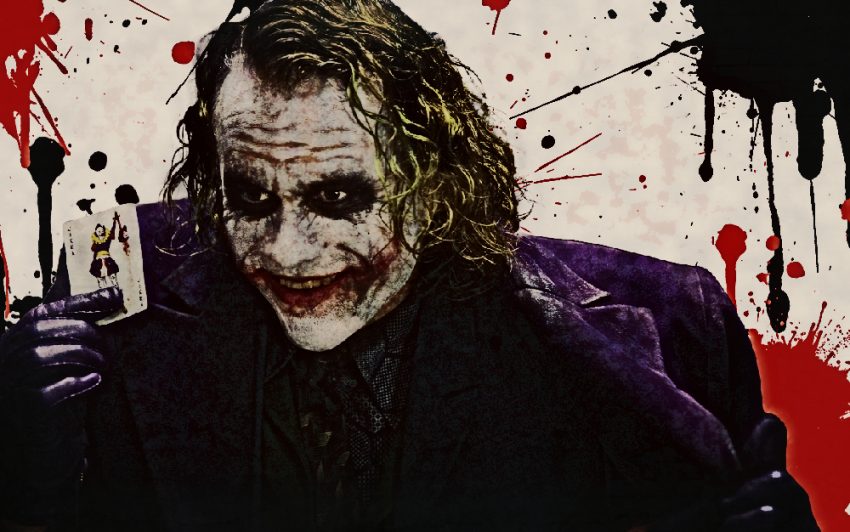 Ten years ago yesterday, The Dark Knight was released in theaters, and this is notable because The Dark Knight, a sequel to Christopher Nolan’s 2005 movie Batman Begins, was arguably the most financially successful and critically acclaimed film of 2008. The Dark Knight was the highest-grossing film of the year, raking in over $1 billion worldwide by the time it left theaters. It was also named the best film of 2008 by more critics than any other movie released that year. Come award season, The Dark Knight received eight Academy Award nominations, the most ever for a Superhero film.

Ten years ago today, I saw The Dark Knight at the drive-ins with my parents and my then-girlfriend, who had gotten car sick on the ride there and slept in the backseat as I joyfully ate an entire large popcorn by myself and watched what still remains one of the most captivating, electric, memorable and horrifying individual performances in cinema history. Heath Ledger’s portrayal as The Joker, a character Ledger described as “a psychopathic, mass murdering, schizophrenic clown with zero empathy” is still considered by critics and movie-goers alike as one of the defining feature film performances of the 21st Century. Ledger’s preparation for the role is the stuff of legends and the end product was a masterpiece, the defining role of Ledger’s career, a career that was cut short because of an accidental prescription drug overdose six months prior to the release of The Dark Knight.

Ledger didn’t get the chance to walk onto the stage and give a speech after being awarded the Best Supporting Actor Oscar at the 2009 Academy Awards, nor did he have the opportunity to see the immediate and long-lasting frenzy his performance elicited. A decade later, we still revere what Ledger did as The Joker … as we rightfully should.

I initially wanted to commemorate Ledger’s performance as The Joker by creating some sort of power rankings of his best scenes from The Dark Knight, but as I tried to break things down scene by scene and put a list together I realized that this was an impossible task. The only great scenes in The Dark Knight feature The Joker, and every scene Ledger is in highlights something unique he brought to the table in his portrayal of this deeply disturbed, yet truly brilliant character … a character that fans of comic book films arguably love more than any traditional “hero.”

Ledger shows off bits of humor throughout the film, but never moreso than during his initial meeting with the crime families of Gotham City. First he treats the gangsters to a magic trick, then suggests that these mafioso’s lost their balls, and finally suggests that Lau, a corrupt accountant fleeing from the country, is a squealer. It’s all very funny in an equally perverse sort of way.

Ledger is legitimately scary during his “Why So Serious” monologue — I mean, it was so good that they turned it into the promotional tagline for the movie — and he’s absolutely electrifying when The Joker and his goons crash Bruce Wayne’s fundraiser for Harvey Dent. The mid-movie interrogation scene is the single best stretch of the film though, and if there was any doubt who owned this movie, from the point when Ledger shows off his improvisational skills/when The Joker once again shows he has a sense of humor — clapping within the confines of his jail cell for newly appointed Police Commissioner Jim Gordon — the conversation was definitively over … this movie belonged to Heath Ledger and it would always be remember for The Joker.

From the frequent voice pitch changes and sadistic laugh, to the facial ticks and the trademark tongue swirl, to the way he moved, which was a hunched over strut, if that makes any sense, Ledger worked out the kinks to this character — a character that he wanted to embody chaos and anarchy — before production started, and he mastered it as the cameras rolled. In the end, it was a timeless acting masterpiece, and a clinic on how to play a captivating villain.

I could go on for thousands more words talking about The Joker. All things considered, it’s my favorite movie character ever, and in my opinion, based on the amount of screen time and the quality of the performance compared to the movie as a whole, it may very well be the best acting performance of the 21st Century and it’s without question the best acting job ever in a Comic Book movie.

Rather than continuing to gush, I’ll just suggest you check out the video that’s embedded below. It’s the best possible way you could spend 43 minutes and 38 seconds today.