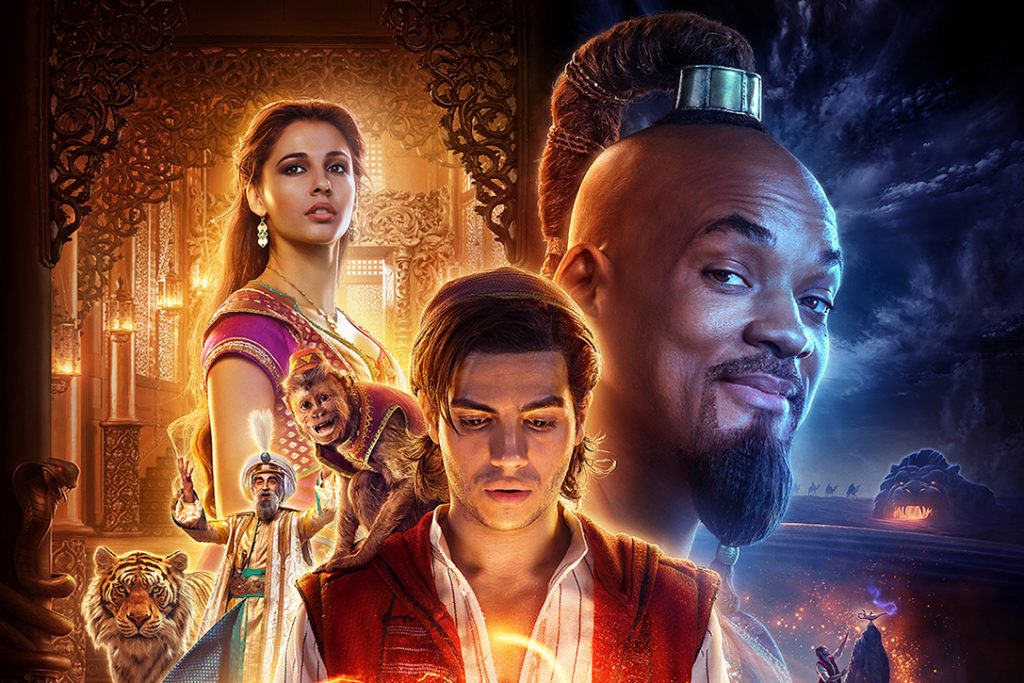 The 1992 Aladdin is one of the best in Disney’s animated lineup and is another film to get the live action treatment. For this shot at transitioning from 2D animation to the real world, we have Guy Ritchie at the helm as director to present us with the 2019 Aladdin. The film is well cast with Will Smith, Mena Massoud, and Naomi Scott carrying the film.

Written by John August and Guy Ritchie, the screenplay doesn’t stray far away from the 1992 storyline. Nostalgia plays a big factor in this film since the pace is a bit quick and it feels like the movie expects that you’ve watched the animated version.

The singing is done well, especially by Naomi Scott, and the dance numbers are given a more hip hop vibe probably because of the presence of Smith. The set pieces and costume design are stunning; however, everything looks so clean you feel like you’re viewing a stage play. Thankfully the musical numbers are a strong point, but again, they’re most effective because they bring you back to your childhood. There are a couple of new songs and they actually aren’t that bad. 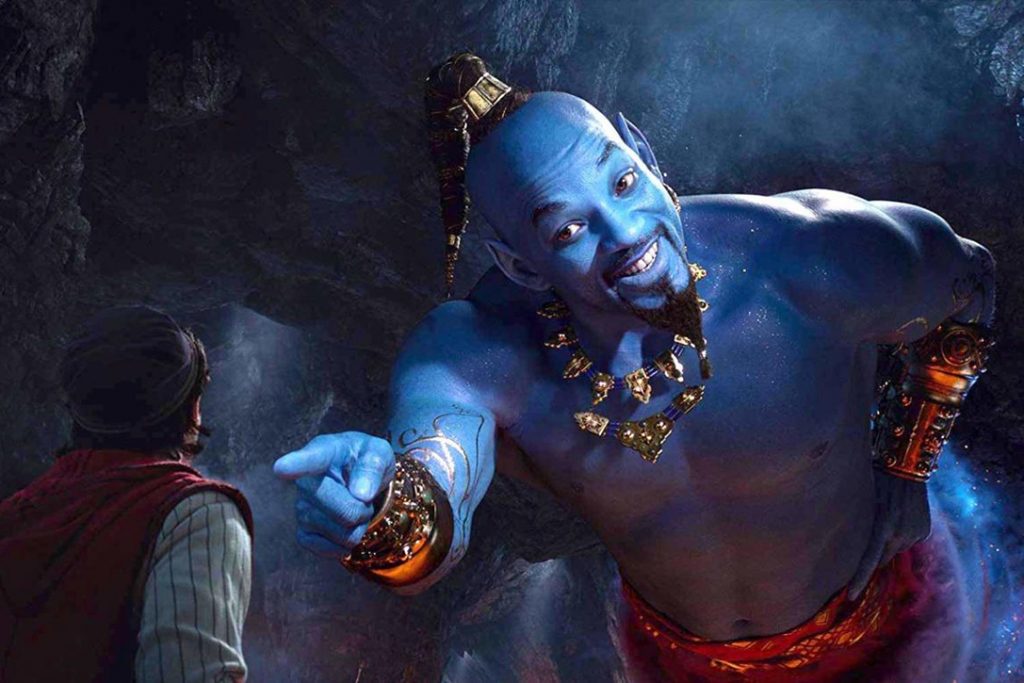 Will Smith in Aladdin

As with the animated film, the most engaging character is the Genie. Now, is Will Smith as the big blue guy better than Robin Williams? No, but that’s perfectly fine because he’s never trying to emulate Wiliams’ performance in this film. Smith is as charismatic as ever playing the magical being, but his performance still can’t hold a candle to the energetic force that was Williams. To be fair, the Genie role was meant for Williams so Smith was fighting an uphill battle the moment he took the gig. Smith has some fun in this role and although there are some hiccups, like when he attempts to sing, Smith does a solid job with the jokes and finds his groove when he’s in human form.

Naomi Scott, playing Jasmine, and Mena Massoud as Aladdin are perfectly fine. They feel like their 2D counterparts, but Scott is a bolder, feistier version of the ’92 princess. The two actors do have believable chemistry, but their characters really aren’t taken much deeper in this live-action rendition. And then there’s Marwan Kenzari playing Jafar, who does so in a more subdued way, steering clear of the flamboyant portrayal of the animated flick. He can be quite menacing, but when he bursts his lid, he’s not as impactful.

I’m still not quite sure we need all of these double dips on classic Disney animated films. Aladdin was a fun time at the theaters, but it’s rather forgettable. It will forever be compared to the 2D film and will always be inferior to it. Will you have a magical time watching Aladdin? If you tap into the part of you that craves nostalgia, you’ll be satisfied, but not ecstatic.