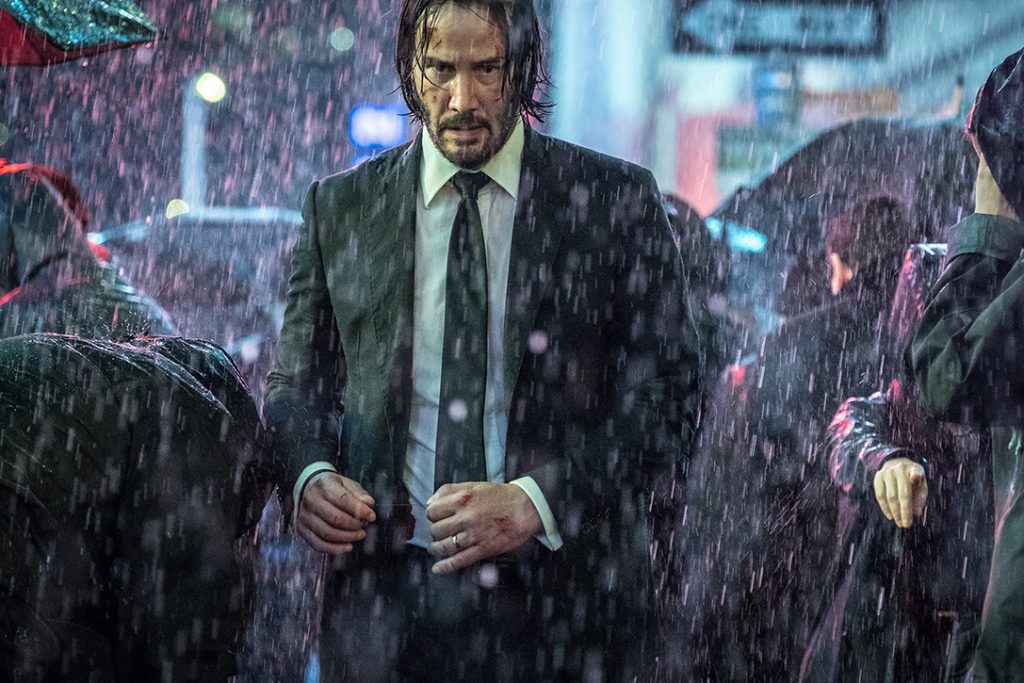 When you need a shot of hyper-violent action, John Wick is top-shelf material. The Baba Yaga is back in the third installment of the hard-hitting assassin trilogy with John Wick Chapter 3 – Parabellum. Picking up right where the previous film left off, we find Wick on the run, as there is a $14 million price tag on his head. Keanu Reeves returns in one of the best roles of his career and he’s joined by a top-notch cast, including Ian McShane, Laurence Fishburne, and Halle Berry.

Director Chad Stahelski has proven time and time again that he is one of the best action flick artists on the planet. Utilizing an electrifying color palette and rotating through visually engaging locations, Stahelski sets up each scene with a bold command of martial arts and gunplay. Unfortunately, the script for the third flick is the weakest of the three films, but the action is dazzling enough to forgive it. When the credits roll, your mind will start realizing the second act of the film is useless, in terms of storytelling, and then you’ll remember why you went to a John Wick movie in the first place.

Stahelski and his talented stunt team ramp up the action scenes to 11 and never let up. There’s wall-to-wall fights, shootouts, and chases in this film and the only reason it doesn’t get monotonous is that each one is unique and pushes the artistry of the kill. Mixing judo, Sambo, Brazilian jiu-jitsu, and some aikido, you can feel every blow during the beatdowns. The screen is constantly filled with a ballet of brutal servings of death, each one more creative than the last. 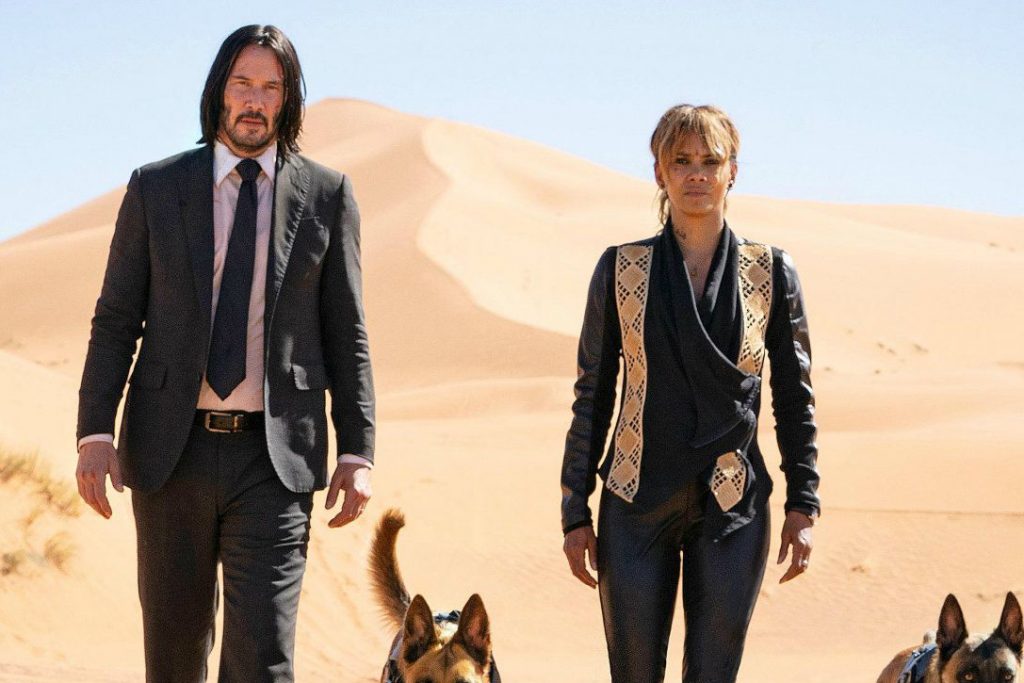 Mr. Reeves Is The One Yet Again

Mr. Reeves kills it once again in his well-executed portrayal of the Boogeyman aka John Wick. His stoic face lends itself well to the ultimate assassin and his extensive training for the film pay off, as he does most of his stunts, including one where he’s shooting a baddie while hanging off the side of a horse. Reeves is a fluid physical actor and completely owns the role of Wick that it’s hard to see anyone else take over the role.

Ian McShane and Laurence Fishburne are having a ball playing their respective characters, but the real standout supporting actor is Halle Berry. Berry plays Sofia, an assassin who Wick did a favor for long ago. She doesn’t have a whole lot of screen time, but she absolutely makes the most of it. Berry performs her fight scenes like she’s been an action star for years. Mark Dacascos comes in at a strong second playing Zero, a Wick fanboy and deadly hitman with the skills to take out the master. And then there’s Asia Kate Dillon playing The Adjudicator who works for the High Table. Dillon will split audiences members with her odd, ultra-formal line delivery, but you can’t say she gave a bad performance.

John Wick Chapter 3 – Parabellum is by far the most action-heavy of the trilogy and perhaps has the most creative kills. Although the storyline is weak, Reeves delivers another unwavering, committed performance, Stahelski directs the hell out of each scene, and the stunt team consists of a bunch of maniacs. What the film lacks in gripping storytelling, it makes up for in quenching our cinematic bloodlust.