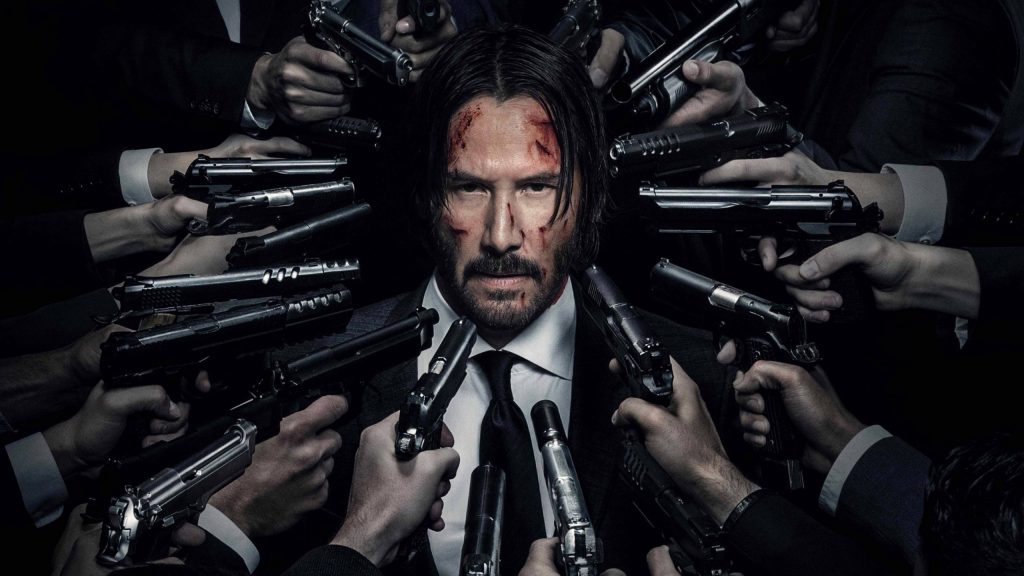 Only five days after the events of John Wick, the “Boogeyman” is back in action with John Wick Chapter 2. This time around, the stakes are raised, as they should be, and Wick is dragged back to be the Grim Reaper’s emissary in order to repay a debt. Chad Stahelski flies solo as director for this film, and Keanu Reeves returns to the lead role, joined by Ian McShane, John Leguizamo, Ruby Rose, and Laurence Fishburne.

This film is beautiful, and the locations are breathtaking, clashing with the violence in a very satisfying way. There’s plenty of nods to classic action films, and even a small one to the legendary Buster Keaton. Once again, screenwriter Derek Kolstad gives a substantial reason for Wick to load up his guns. It’s not as emotionally charged as the first time around, but it gets more interesting as the story unfolds. Director Chad Stahelski orchestrates an action junkie’s dream. The stunt work and fight choreography are bloody, tension-filled, stunning pieces of art. There are occasional, motivated cuts for better angles, but we get to see everything. The wide, steady shots allow us to absorb the brutality with minimal filters, and the backdrop of Rome is the cherry on top.

In John Wick Chapter 2, we get to see even more of the sleek world of the assassins. We’re taken to a variety of places where the assassins acquire the tools and gear they need, and we’re exposed to more of the rules they have to live by. It’s quite interesting, although it might be a little too much for some by the end of the film.

Keanu Reeves is all in for the sequel to the sleeper hit of 2014. John Wick is back, and his wickedly brutal way with guns is action cinema at its finest. Once again, Reeves’ stoic vibe and dedication to training for the role pays off very well. He’s quite comfortable playing the baddest assassin on the planet that’s trying to find peace, while delivering the occasional one-liners. There are definitely some roles that Reeves should’ve never played (see Jonathan Harker in Bram Stroker’s Dracula), and some that he’s perfect for; John Wick is one of them. He executes and sells the fight choreography quite well, and is an appropriate mix of realistically tactical and stylish with the gunplay.

There are some new characters that could’ve been better, most notably Ruby Rose’s character, Ares. She is the main villain’s right hand woman, and is supposed to be something fierce, but she just doesn’t live up to the hype. Laurence Fishburne’s character, the Bowery King, is interesting, but he could’ve been doing a little more in the film. Yes, he shares screen-time with Reeves, and it’s a nice little Matrix reunion moment, but nothing else.

John Wick Chapter 2 is a very worthy predecessor to John Wick. Keanu Reeves, along with the rest of the stunt team and cast, put in some very hard work to pull off the fight choreography and stunts, and it’s well worth it. This films pushes the character into deeper water, rather than double-dipping like a mediocre action sequel, and has you wanting more Wick by the time the credits roll.