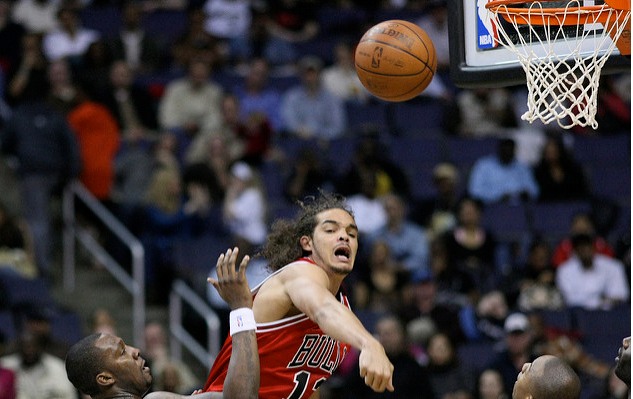 NBA free agency has officially arrived. The gossip is swirling around the league like an empty trash bag in a windstorm. With the highest salary cap in league history expect teams to spend like a rapper who just signed to a major label. This is both exciting and dangerous for teams like the New York Knicks. Phil Jackson is now in his third year as president and has yet to make the playoffs. Patience is wearing thin so a strong showing in free agency would bode well for Jackson.

Whatever goes down Jackson must not get sloppy. The 2016 free agent class is not bad by any stretch, but 2017 is a mammoth class that includes names like Russell Westbrook, Stephen Curry, Chris Paul, LeBron James, and many more. If the Knicks can keep their cap lean they will have upwards of $60 million in cap space to splurge. To keep that roster as lean as possible Jackson has to refrain from handing out sloppy contracts just to say he did something (i.e. the Isiah Thomas model). With Kevin Durant not even giving the Knicks a meeting its safe to say that ship has sailed. Now its important for Jackson to spend wisely and not spend just to spend.

To help Jackson I broke down the prospective free agents into four groups ranging from bad deals (junk food) to great deals (fruits and vegetables). This is taking into account the free agent’s age and assumed price tag. As of this writing the Knicks have five players under contract–Derrick Rose, Carmelo Anthony, Kristaps Porzingis, Kyle O’Quinn, Justin Holiday— and hope to bring back restricted free agents Lance Thomas and Langston Galloway along with 2015 draft pick Willy Hernangomez.

With that in mind here is how Jackson can keep his team both lean and competitive for next season and beyond.

Dwight Howard – Signing Dwight Howard is equal to indulging in White Castle at 3am. In theory it sounds like a great idea. You’re hungry and it’s the only place open. Once you eat it and realize the mistake you made it’s too late. 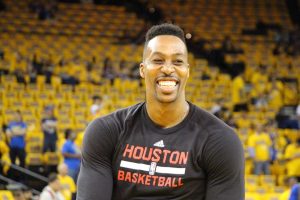 This Knicks should be thinking this way when debating whether or not to pursue Dwight Howard. Any Knicks fan that wants him rocking blue and orange next season were probably the same people clapping like seals when the team signed Jerome James and Eddy Curry. Not only is Dwight five years past his prime his signing will hinder Kristaps Porzingis’ progress.

The plan moving forward should be signing a center on a cheaper deal to be a placeholder until Porzingis is ready to move over to center full time. Signing Dwight will not be cheap and bringing him in as a mentor for Porzingis the worst possible idea. However Dwight tries to spin it every locker room he enters ends up hating him. If Jackson is truly trying to re-establish the selfless environment his mentor and coach Red Holzman had in New York then Dwight is the perfect example of who NOT to bring in.

Eric Gordon & Chandler Parsons – Both these guys can ball, both showed promise on their original teams before forgettable stops, and both spend a lot of time in the trainer’s room. Assuming Kevin Durant is off the table Jackson should still be looking for wings that can shoot. Gordon and Parsons fit the bill, but not for anything in the neighborhood of a max deal. Gordon more so than Parsons has a lot to prove after a forgettable stint in New Orleans after showing promise with the Clippers.

As for Parsons his stint with the Mavericks has been average at best mostly due to a foot injury. If he can stay healthy and is willing to take a cheaper deal—one similar to what Jackson signed Arron Afflalo to last season—he would be a solid signing. If Parsons and Gordon are looking for a sweet pay day the Knicks should say thanks, but no thanks.

Kent Bazemore – Bazemore is coming off his best season at the best possible time. He can play at shooting guard or small forward and is not afraid to check the opposing team’s best player. The problem with Bazemore—who the Knicks are reportedly interested in—is leaning towards staying with the Hawks  and will have no shortage of suitors meaning to land him will result in a gross overpay. Ask the Raptors how they feel about signing DeMarre Carroll (also a Hawk at the time) for $60 million last season.

Brandon Jennings – Of all the players in this group Jennings is my favorite. He genuinely enjoys basketball, can score in bunches, and has a crazy streak in him. Those are three qualities that endear players to the Madison Square Garden faithful. The Knicks were interested in acquiring Jennings at the trade deadline, but ultimately passed or couldn’t get the deal done. Thus far Jennings to New York has been quiet, but if Jackson can convince Jennings to take sixth man money (2-year deal in neighborhood of $8 million) by all means.

Maurice Harkless – This name might surprise some, but Moe Harkless is a great value buy. Outside of bringing the NYC native home Harkless is a nice project to invest in. The Trail Blazers landed the 23-year-old from the Magic for virtually nothing last offseason and he ended up being a nice rotation player. Harkless is a restricted free agent so the Blazers will likely match any deal given his age and potential.

His 6-foot-9 frame and athleticism is the deal foundation of a 3-and-D player, the hottest commodities in the league. Last season he showed that he can get to the rim quickly and has no problem moving without the ball. The biggest hole in his game is his jumper—he shot 28 percent from three last season—but with increased reps he is more likely to be a beta version of Kawhi Leonard than abandoning his jumper altogether like Michael Kidd-Gilchrist.

Ish Smith – Chances are that Smith stays with the 76ers, but approaching the speedy guard would be a wise decision. Not only can he serve as Derrick Rose insurance, but he is familiar with Jeff Hornacek’s offense. He played under Hornacek in 2013-14 in Phoenix and was good in the minutes he was in. Last season he proved that he can get up and down the floor in a blink and can be a starting caliber point guard.

Boban Marjanović – Another restricted free agent, Boban is an interesting prospect. He looks like he belongs fighting alongside Jon Snow more than Kawhi Leonard. Gregg Popovich used the 7-foot-3 Serbian in spurts as a rim protector and there were moments where you can see him developing into a great rim protector.

Trotting out twin giraffes in Boban and Porzingis would make even Russell Westbrook think twice before barreling into the lane and give the Knicks a paint presence on defense that it has not had since the mid-1990s. Given the unknown about Tim Duncan’s playing days and LaMarcus Aldridge’s defensive chops, one would have to believe the Spurs keep this monster under their thumb.

Jamal Crawford – A reunion between Jamal Crawford and the Knicks only became a possibility last week when it was reported both are interested in a reunion. In his initial stint with the Knicks Crawford averaged a little over 17 points a game and shot 35 percent from beyond the arc. 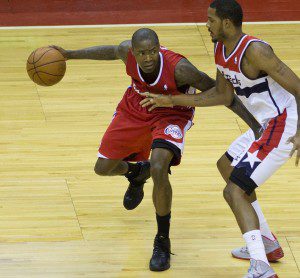 Bringing J. Crossover back is more than a nostalgia signing. He offers a shorter deal (he will be 37 by the end of next season) that will not cripple the 2017 cap and he brings much needed scoring off the bench.  Despite his age Crawford’s production has not slipped. Last season he took home Sixth Man of the Year honors and averaged 19 points per 36 minutes.

Joakim Noah – From all indications Joakim Noah is the Knicks’ top priority this offseason. He has gone to war with Derrick Rose countless times, is from New York, and most importantly is versatile enough to play in Hornacek’s fast-paced offense. The only issue in signing Noah is that he might demand a price tag higher than the team would be willing to go.

Thanks to clueless teams like the Wizards–who are allegedly preparing a max offer for the 31-year-old–they can throw away any hopes of Noah signing a deal similar to the one Robin Lopez signed with the team last season.  If Jackson can coax Noah into taking a shorter deal with a player option at a reasonable price ($12-14 million per year) he would be a nice piece to play alongside Porzingis as well as a mentor.

Pau Gasol – This is the perfect signing for the Knicks. Gasol is a well respected veteran who can still contribute in a big way and has a strong relationship with Jackson. He, like Crawford, is at the tail end of his career which is a good thing for the Knicks from a money and basketball point.

Gasol would be a phenomenal mentor to Porzingis as well as Willy Hernangomez, one of the top centers in Europe who will be joining the Knicks this season (they hold the draft rights to Hernangomez from the 2015 draft). Hernangomez is from Spain like Gasol and the two already have a relationship which is also a plus for the Knicks.